Every city, state and country has its own unique attractions that draw in visitors by the thousands to explore them. However, every location has its own unique brand of weirdness too. Missouri just seems like another boring state in the bread bowl of the United States, but within its biggest cities and along its eerie back roads, there are some absolutely fascinating tourist attractions that visitors may have missed on their last trip.

Missouri is the last place one would expect to find castle ruins. Oh, no - those would be more at home on the Scottish moors or nestled in the mountains of Europe, but strangely, Missouri has one. Ha Ha Tonka is Missouri's own little castle ruin. Just outside Camdenton, Missouri, the castle was initially constructed by Robert McClure Snyder, a millionaire businessman from Kansas City, to create his own private fiefdom for his family to enjoy in 1904. The castle is perched atop a 250-foot-high cliff overlooking a spring-fed lake, leading to its name that means 'Laughing Water' in native Osage Native American language.

Unfortunately, Snyder died before it was completed in one of Kansas City's very first car crashes. The castle was later completed by his sons in 1922, but later in 1942, the sparks from a fireplace took hold on the wood floors and the entire castle was gutted. Since then, the castle has remained abandoned, decaying into ruin, but open to visitors that want to explore this piece of early American decadence.

What's a vacation without a little radiation for the whole family? Boring, that's what!

Weldon Springs, Missouri used to be home to one of the largest explosives factories in America. After World War II ended, the factory was repurposed into refining uranium for Cold War nuclear bombs. Eventually, the site was abandoned in the 1960s, but what do you do with the 1.48 million cubic yards of PCBs, mercury, asbestos, TNT, contaminated sludge, radioactive uranium and radium left behind? Well, rather than spend the time dumping it in the desert like was usual before all those EPA standards, the Weldon Springs cleanup crew decided to bury it. All of that harmful and dangerous waste was entombed in its very own man-made mountain.

Today, you can climb it.

The official name is the Weldon Springs Site Remedial Action Project Disposal Site, but it is more attractively nicknamed the Nuclear Waste Adventure Trail. The white, trapezoid-shaped mountain covers 54 acres surrounded by a beautiful field of green that lends to the lie that nothing is wrong about this place at all. For the locals, it serves as a platform for birdwatchers and amateur astronomers, but visitors can climb it too and look out over the beautiful surrounding landscape, trying not to think about what is under their feet. All jest aside, the containment cell is designed to last for a thousand years and you likely won't glow in the dark when you leave. 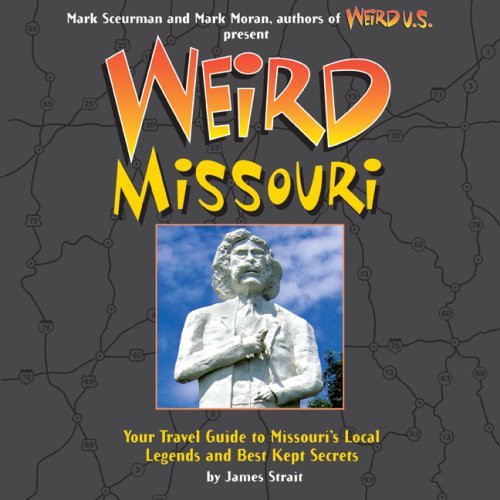 Visit the World's Largest Ball of Twine in Branson, Missouri

You know how road trippers always joke saying they should go visit the world's largest ball of twine? Well, it's a real thing and it's in the infamous Branson, Missouri. Giant twine balls are a rarity these days; it seems Branson paid off proud farmers to keep their ball the one and only in Missouri, although they are still present in Kansas, Minnesota and Wisconsin. The biggest ball of twine in the world can be found in Branson's Ripley's Believe It or Not Museum that hosts the usual oddities such as the two-headed calf, life-size stagecoach made of toothpicks and the shoe of the world's tallest man. The twine steals the show, though.

The ball was originally rolled by Texas brick mason and farmer J.C. Payne, but that was just a way to get the extra baling twine out of the way of his hungry cows. Payne eventually read about the then-biggest ball of twine in Minnesota, measuring 12 feet. He knew he could do better. His ball of twine eventually rose to 13.5 feet tall and set the new world record. He eventually parted with his twine ball to the Ripley's Museum in 1993, selling it for a rumored $25,000.

St. Louis is home to a number of tourist attractions, but their wax museum is often skipped due to the general eeriness of the whole idea and bad press from movies like 'House of Wax'. However, for those interested in oddities, there is no better place. Laclede's Landing Wax Museum spans three floors, as well as a basement and sub-basement in a building well over a hundred years old. It's dimly-lit, the floors creak and hallways wind like a maze. It's terrifying in its own respect, but factor in the life-sized waxed dummies of celebrities and historical figures and it takes things to a whole new level. The dummies aren't quite as polished as the Hollywood Wax Museum or Madame Tussauds, but the props help identify the people. Perhaps the best and worst part of the Laclede's Landing Wax Museum is the creator of these dummies has a passion for creating horrifying killer clowns. Several are littered throughout the museum for no foreseeable reason other than just to creep people out - it's wonderful.

Leila Cohoon is a former hairdresser, friends of presidents and celebrities alike. Today, she sits on the Missouri Board of Cosmetology and she loves hair. An avid collector, Leila started her collection in 1949 and it has grown enough to fill a museum. While she has snippets of hair belonging to important people like Ronald Reagan, Marilyn Monroe and Abraham Lincoln, the primary focus of her museum is not on fame, but on art. Intricate wreaths of hair are set in Victorian-style frames, artfully displayed in medallions and incorporated into other forms of art. Hundreds of frames and art line the wall in what is likely the strangest museum anyone is to ever visit. 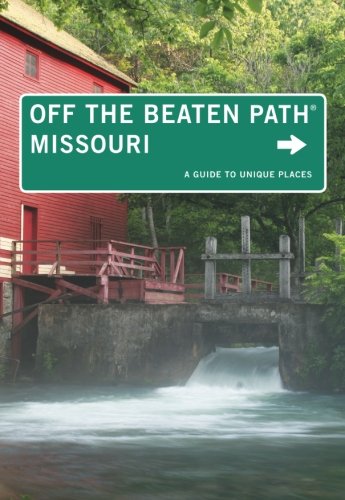