John Redway - Hub for My Articles and Online Content
InfoBarrel is a writing platform for non-fiction, reference-based, informative content. Opinions expressed by InfoBarrel writers are their own.
InfoBarrel > Travel & Places

The Best Places to Study Abroad in South Korea

The Best Places to Study Korean in Seoul

How to Find a Good Language Program in South Korea

South Korea is increasing in importance on the world stage, and many people are becoming interested in the country's products and culture. It's no surprise then, that more people are wanting to study Korean than ever before. But it's not easy  to find classes or resources to improve your skills. For those living in South Korea - or who are willing to fly to the country to study Korean - this article goes over some of the better places for language study in the country.

First some general information about University programs in South Korea. Many major  universities offer Korean language programs, especially in the Seoul area. Regular semesters typically last around 2 1/2 to 3 months, and the cost of such programs are usually in the range of 1.3 million to 1.6 million won (exchange rate as of this writing - 1,168 to 1,437 USD). Of course, these programs also offer classes on different schedules, such as nighttime classes, or shorter term intensive courses for a few weeks. Almost all will offer 3 month programs as stated, however.

Generally there isn't a huge amount of variation in these programs, however each University has somewhat different teaching styles and approaches for those wanting to learn Korean. Some have a more conversational approach, others are known for a more academic one that prepares people for potentially entering a Korean University. The basic schedules and kinds of programs offered tend not to differ too much, however.

There are also private academies for studying the language, such as the Seoul Korean Language Academy in Gangnam. The prices vary more for these programs, but the schedules tend to be more flexible, and they offer more specialized courses for things such as the TOPIK (Test of Proficiency in Korean).

Also regarding visa issues - depending on your country and how long you intend to stay, you may not necessarily need a separate visa to study Korean. If you can get a tourist visa for a few months, you do not need any special permission for studying (working and earning money, however, is completely illegal on a tourist visa). Americans, for example, get 3 months visa free entry, while Canadians get a more generous six. If you need more time than your tourist visa allows, you can apply for a student visa, OR simply leave the country once after your 3 months is up. (Note that immigration tends to take a dim view on those doing this repeatedly, however. But as long as you have a reason for being in the country, such as studying, and you have the funds to support yourself they won't mind it once or twice).

I hope this has given you a good idea of the landscape of Korean education in the country and what to expect. In the next article, I plan on taking a more detailed look at the various Universities and academies where you can study Korean. 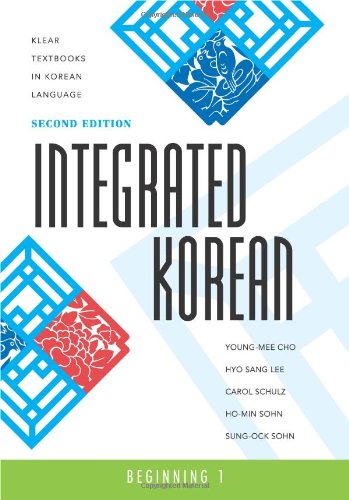