I am a retired teacher of English as a second language. I teach on line via Skype, and write on-line articles which reflect my love of travel, language, literature, history and culture. I love writing for InfoBarrel. Why not join me by signing up here: http://www.infobarrel.com/signup.php
InfoBarrel is a writing platform for non-fiction, reference-based, informative content. Opinions expressed by InfoBarrel writers are their own.
InfoBarrel > History > Medieval History

Surprising Life Choices for Women in the Middle Ages

Career choices available to women in the Middle Ages were limited by both their gender and their estate or position in society. Common conceptions of medieval women are stereotypical images of the either the princess confined within the walls of a palace or the peasant woman living a life of virtual slavery. However, contrary to popular belief, medieval women were involved in an astonishingly wide range of employment.

Peasant women needed to work in order to contribute to their family’s economic survival, but rarely did anything which would be considered a career by today’s standards. They frequently worked alongside men as farm laborers, but were paid less. For example, a man was paid six pence a day for hay making, but a woman was only paid four pence. Unmarried countrywomen may also have worked as live-in servants, dairy maids or shepherdesses.

Poor townswomen also worked as servants or in the sex trade, but might also have worked in crafts such as candle making or as street vendors.

A large number of women, whether single or married, were universally engaged in spinning and weaving. The importance of spinning for the livelihood of women is indicated in the word "spinster"12.  Spinsters were originally women who spun, but because single women generally supported themselves by spinning, the term eventually came to mean any single woman.

Marriage was regarded as a woman’s primary career. However, many married women continued to work at spinning and weaving. A poor woman might also have become a wet nurse for a wealthy woman’s child.

In addition to bearing children and running a household, many married women also ran home businesses. In her autobiography, Marjorie Kempe relates how, in addition to having fourteen children, she ran a brewing business and then became a miller. Later in life, after coming into an inheritance, she asserted her independence by leaving her husband at home and going on a lengthy pilgrimage to Rome and Jerusalem. 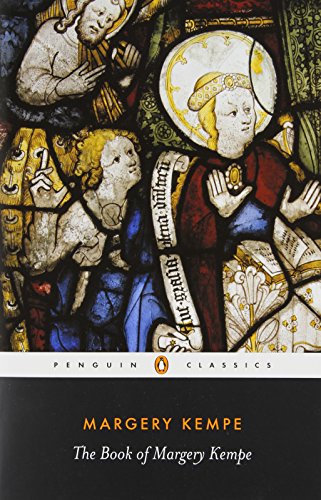 Many middle class women learned a trade or business by assisting their husbands with their work. Consequently, after her husband’s death, a widow could continue to practice the trade she had learned. If successful she might be accepted as a member of a craft guild.

An Entertaining Look at the Life of Medieval Women

Lower class women were involved in a wide variety of occupations, from food trades such as butcher and fishmonger to a dizzying array of clothing trades. They could have been hat-, glove-, or bag-makers, tailors, dyers or haberdashers. They also worked as leathercrafters and cobblers, rosary makers, bookbinders, and even barbers. Surprisingly, women also worked in physically demanding trades as smiths, farriers, armorers, shipwrights, masons and carpenters.

In the area of crafts and creative arts, women worked as goldsmiths, embroiderers, scribes and book illuminators, while a female musician would travel with her father or husband as part of a group of entertainers.

The wife of a middle-class city businessman needed to be literate and numerate so that she could assist her husband with his work, and was often required to manage the business in his absence. Middle class townswomen worked as merchants, shopkeepers, taverners and innkeepers.

In the country, a wealthy lady of the manor performed a major executive role. She was responsible for a large estate and household, for managing staff, for overseeing farm production, and for entering into legal contracts.

Becoming a nun  was an alternative to marriage for wealthy widows or women from families that could make generous contributions to the convent.

Although the religious life was restrictive in many ways, it opened many career options to women. The management of the convent was the responsibility of the abbess, who oversaw both the economic and spiritual well-being of the sisters. She managed a large number of obentiaries, who were responsible for various areas of convent management. In addition, convents often ran enterprises involving the production of goods or the provision of services to the outside community. Involvement in these enterprises gave women the opportunity to learn trades such as, for example, embroidery or manuscript illumination. Convents which provided hotel accommodation to secular female visitors allowed others to gain experience in the hospitality industry.

A nun could also become a teacher or a healer. Some convents ran orphanages and schools, while every convent had a novice mistress responsible for the education and supervision of novice nuns, and an infirmaress who cared for the sick.

Aristocratic women may sometimes have been encouraged to pursue an education and some had intellectual careers. One such lady was Christine de Pisan. At the tender age of 15, Christine married a French courtier who supported her desire for an education. Ten years after they married, her husband died, leaving her as a young widow with not only three young children but also a mother and a niece to support.

With assistance from members of the royal court, Christine earned a living by writing poetry. She also wrote about the status of women in society and was an early feminist who advocated gender equality in her 1405 treatise La cité des dames (The City of Women)

Credit: By From compendium of Christine de Pizanâ€™s works, 1413. Produced in her scriptorium in Paris [Public domain], via Wikimedia Commons

Another early feminist was Heloise d'Argenteuil, a respected scholar who studied medicine with the philosopher Pierre Abelard. Heloise is the heroine of one of history's most famous tragic romances. After she had an affair with Abelard, Heloise gave birth to a son. The couple got married in secret, and Abelard hid Heloise in a convent. Heloise's uncle Fulbert, who assumed that Abelard was casting Heloïse aside, had Abelard castrated by a gang of thugs.

As a consequence, Abelard became a monk and Heloise took holy orders. After entering their respective religious communities they wrote passionate letters to each other which have kept their story alive to the present day. In her letters, Heloise expressed scathing opinions of women's roles and the institution of marriage. She defined marriage as legitimized prostitution and stated that she “preferred love to wedlock, freedom to a bond.” 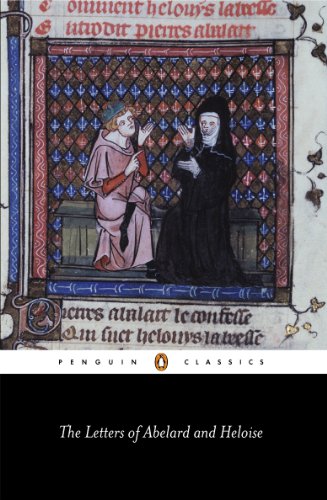 The Letters of Abelard and Heloise (Penguin Classics) Amazon Price: Buy Now(price as of Dec 21, 2016)
Buy the Kindle edition.

In the early Middle Ages, the practice of medicine was open to men and women equally.  A woman could be an apothecary, a nurse, a midwife, or a medical practitioner who could treat both male and female patients.

Many nurses and female medical practitioners were associated with religious orders. After she became a nun, Heloise became both an abbess and a well-respected physician. Hildegard of Bingen (1098 to 1179) was another abbess who wrote many scientific treatises and who is recognized for  her groundbreaking work in the field of medicine.

There were also nursing orders outside of the convent, while midwifery was an important secular profession with potential earnings which compared favorably with those of skilled craftsmen.

While there were many career opportunities for women in the early Middle Ages, many of those opportunities disappeared later on. In the late Middle Ages, restrictions were gradually imposed which limited choices for women in the trades and led to declining female participation. In London, for example, brewing was a traditionally female occupation. However, by 1420, only 20 of the 300 recorded brewers were female.

The establishment of faculties of medicine at the male-only universities created a male medical monopoly. This severely limited the role of women as health care providers for the next 500 years, until pioneers such as Elizabeth Blackwell (1821 - 1910) struggled to once more open the practice of medicine to women.

Surprisingly, women in the Middle Ages made valuable economic and even intellectual contributions to society. They enjoyed a wide variety of career choices, many of which were closed to their sisters in the centuries which followed.