Swine Breeds Endemic to the United Kingdom - The Welsh Pig

There is only one native breed of pig from Wales and it is called – surprise, surprise – the Welsh pig. It is one of the indigenous livestock breeds of Great Britain. During the 1870s, many Welsh and Shropshire pigs were taken to Cheshire where they were fattened on excess milk products from the dairy industry.

When the First World War broke out, there was an increased demand for pork and bacon. Imports were restricted to the United States and Canada. Resulting from this the Old Glamorgan Pig Society was established in Wales in 1918. The first volume of the herdbook was published the following year. 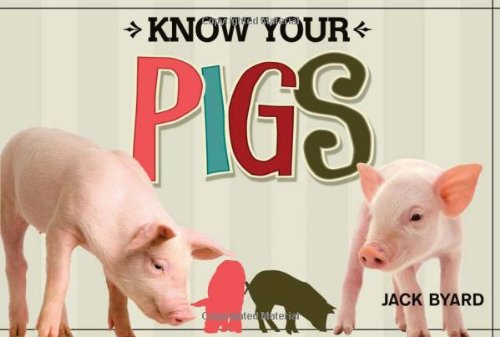 Know Your Pigs Amazon Price: $6.95 $2.77 Buy Now(price as of Aug 5, 2016)
Although this breed is not mentioned in the book, the seven breeds that are most common in the USA are discussed . This is an informative book for anyone interested in pigs.

From 1947, feed was easier to come by and big increases were seen in the numbers of swine. The Welsh pig held its own. It was the third top sire in Great Britain following the Large White and the Landrace. It is not closely related to either of these breeds so is a handy choice in cross breeding programs.

In 1952, the Welsh Pig Society joined the National Pig Breeders Association, bringing the number of breeds represented in the Association to seven. This then had a name change and became the British Pig Association with its first herdbook printed in 1953.

In 1955, following the Howitt Committee report, the breed was selected as one of three breeds to be used as foundation stock for the modern Welsh pig industry. The breed quickly found a place in the herds of commercial breeders.

Pigs are now factory-farmed as seen above.

It should be active and alert, with a free, easy movement. The head is fine and light, fairly wide and the jowl is clean. The lop ears almost meet at the tip of the nose which is straight or slightly dished. The shoulders are light and the forelegs set well apart. The neck is clean and the body very long. The legs are relatively short but are muscular and lean.

There is a lack of depth through the shoulders and chest. The underline is straight. The ribs are well sprung and the back long, level and strong. It is rather wide at the middle. The tail is thick and there should be no depressions at the root of the tail. The loin is well-developed and well-muscled. The belly and flank are thick. 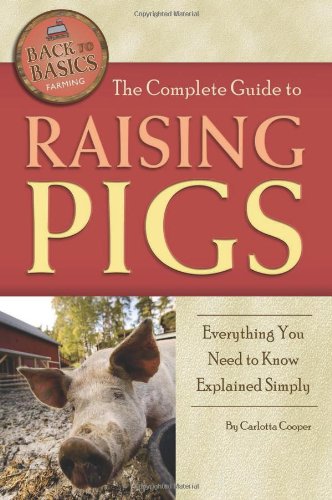 The Complete Guide to Raising Pigs: Everything You Need to Know Explained Simply (Back-To-Basics Farming) Amazon Price: $14.99 $3.76 Buy Now(price as of Aug 5, 2016)
Interviews with top pig farmers have been gathered here to provide information on all aspects of pig farming.

The hams are full right to the hock. The legs are straight and strong with short pasterns and good feet. It is normally a yellow-white colour but spotted black and white animals sometimes occur. Both sexes have at least twelve evenly placed teats. The sows have good sized litters and are excellent mothers.

Numbers have declined since the 1980s. The Rare Breeds Survival Trust has classified the breed as 'at risk'. It still provides an important source of genetic material. Easily managed, they also have a fast liveweight gain, low feed conversion ration and outstanding dressing out percentage. They are also always to the fore in carcass and on-the-hoof competitions.