TPLO? TTA? Tightrope? Fishline? What Does My Dog Need?

Cranial cruciate ligament (CCL) injuries in dogs are very common. The CCL in the dog is basically the same tendon as the ACL in humans. It acts to stabilize the bones of the leg around the knee joint. An injury to the CCL most commonly presents as sudden acute rear limb lameness.

The CCL can tear completely, partially tear, gradually fray away, or just get sprained. Once a partial or complete tear is confirmed, most vets will suggest surgery. Most vets have firm opinions about what kind of surgery, usually based on the type of surgery they are most familar with. Owners want to know if the dog needs surgery at all, and if so, which surgery will give the best outcomes. They might also want to know why the vet is suggesting an extremely expensive type of surgery when other fairly cheap types of surgery are commonly performed.

The outcomes of interest to owners are how fast will the dog recover; what are the potential complications; and what are the long-term outcomes. The long-term outcomes are of particular interest. Without a functional CCL, the knee is unstable and the dog will probably develop crippling arthritis in a year or three. Owners who just paid a lot of money to get their dog "fixed" aren't going to be very pleased if the dog just goes lame again in a few years.

What are the options?

There are quite a few options. Option one is conservative treatment- try to get the dog to heal on its own without surgery. This usually involves confining the dog in a crate for a period of time. Some people try to use an external brace to support the knee during the healing period. Since the CCL has no capacity to heal, what most likely happens is that scar tissue forms to support the knee, similar to what happens with the fishline repair.

Option two is what is commonly called a fishline repair, or an extracapsular repair. In this repair, the vet basically ties the bones together with a strong suture material. The fishline stabilizes the bones during healing, and eventually scar tissue is expected to form and stabilize the joint.

Option three is called Tightrope. In Tightrope a special suture is place through tiny holes drilled in the bones to hold the knee firmly in place. Tightrope is a relatively new procedure.

Option four is tibial plateau leveling osteotomy (TPLO). In this, the top of the bone below the knee is actually cut off and rotated. A metal plate is applied to hold the bone in its new position. This re-positioning of the bones is thought to render the CCL redundant.

Option five is tibial tuberosity advancement (TTA). Similar to the TPLO, a cut is made in one of the bones below the knee and the bones are re-adjusted relative to each other. A metal plate is put in to hold the bone in its new position.

Many people, including vets, have opinions about which works best for various dogs. These opinions may or may not be correct. We searched for actual literature demonstrating facts about these various procedures. Our first impression was that considering how many dogs develop CCL injuries every year there is quite a lack of evidence out there supporting most of these methods. Particularly long-term evidence- people want to know if their dog is going to get knee arthritis several years down the road, and very few studies have looked at that.

We were unable to find any literature on non-surgical treatment of CCL injuries. Anecdotal reports of dogs recovering without surgery are available, but such reports tell us little about how feasible it is. They also don't tell us the most important thing, namely, does the dog develop arthritis later in life?

Most reports of people trying to treat CCL injuries without surgery involve prolonged periods of crating the dog. Personally, we feel that keeping a dog on complete crate confinement for three to six months sounds incredibly cruel. Particularly in the absence of any proof that the confinement will lead to high-quality life for years to come. And since surgical methods are available that have the dog back on its feet, reasonable pain-free after just a few weeks of healing it is hard to recommend the non-surgical approach.

Note that a lack of evidence does not mean something doesn't work- it just means that no one has done the necessary studies and published them.

There are some studies directly comparing TPLO to the fishline repair. One followed dogs up for four years after surgery.[1] Regardless of surgical procedure used, 85 to 91% were better after surgery, but only 50% were judged to be completely sound on the repaired leg. At longest followup around 10% of dogs were clinically lame on the repaired leg. A great deal of factors were examined, and dog's weight, age, and type of surgery had no impact on the outcome.

Lazar et al. examined outcomes in large breed dogs following TPLO or fishline repair.[2] The dogs were x-rayed about one year after surgery and scored for progression of arthritis. Both groups exhibited progression of arthritis, with a mean change of 13.3 for the fishline repair group and a mean change of 7.4 for the TPLO. The authors concluded that TPLO had slightly better results in terms of preventing arthritis from developing. Note that this study did not look at clinical outcomes (signs and symptoms exhibited by the dog), just at x-rays.

A more recent study examined outcomes at a mean of 2.7 years post-CCL surgery.[3] This study asked owners about their dog's function and quality of life. Only 54% of owners rated the results of the repair as "excellent." Overall, around 30% of the dogs were judged to be suffering from chronic pain on the repaired leg. The type of surgery used (TPLO or fishline) didn't seem to affect the owner-rated outcomes at all.

TPLO has a much higher rate of surgical complications than fishline. It has higher rates of post-surgical infection, and up to 34% of cases develop complications. Around 5% of dogs undergoing TPLO have to have another surgery due to complications. Even more troubling, there are reports that sarcomas may develop at the site of TPLO repairs at a fairly high rate several years post-surgery.

On the other hand, despite its more invasive nature, dogs may recover faster from TPLO than from fishline surgery. A study of force-plate analysis reported dogs returning to a normal gait by as early as 8 weeks post-TPLO, while it took 12 weeks or even longer to achieve a normal gait after a fishline repair.

And that's it. Those are the only head-to-head studies directly comparing TPLO to fishline repair that we can find. None of them are high-quality randomized controlled trials. Kind of a dearth of evidence upon which to make a decision. If your wallet is a major concern, fishline surgery is significantly cheaper than TPLO surgery. But if you're worried about your dog's long-term outcome you don't have much evidence to base your decision on. Both types of surgery seem to give only so-so results with many dogs never returning to full, pain-free function.

Most vets will tell you firmly and confidently that fishline is ok for small dogs, but that TPLO is the only surgery to consider for larger dogs. We have been unable to locate any comparative study that supports this statement in any way.

There are non-comparative studies of TPLO, and also of fishline. However, comparing results across studies is called "indirect comparisons" and is considered to be very scientifically suspect, likely to yield biased results. So we haven't bothered doing that.

Most vets will tell you that TTA and TPLO give similar results. We don't know how they came to this conclusion. We could only find one study that directly compared TTA and TPLO, and it concluded that TPLO was superior to TTA in long-term outcomes.[4] This study followed up dogs for at least one year. It reported that dogs with TTA were judged to have returned to 89% of function on average versus around 93% of function for dogs with TPLO. TTA had much higher rates of complications than TPLO.

Not much to recommend TTA based on that study. But there don't seem to be any other direct head-to-head comparisons. 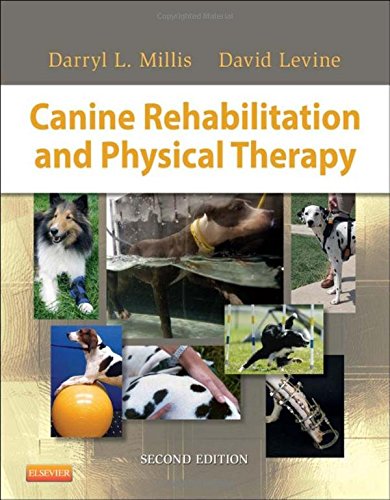 This is a relatively new procedure. One direct head-to-head study that followed dogs for at least one year concluded that Tightrope gave equivalent functional results to TPLO with far fewer complications.[4] This is the same study that also studied TTA. TTA was worse than Tightrope in terms of both function and complication rate.

Another study directly compared Tightrope to TPLO.[5] This study only followed the dogs for 6 months post-surgery, but it found that Tightrope had far fewer complications that TPLO. Tightrope had a better stabilization of the knee joint than TPLO and was otherwise equivalent to TPLO in all other functional outcomes, including x-ray evidence of arthritis progression at 6 months.

We found no studies directly comparing Tightrope to fishline. 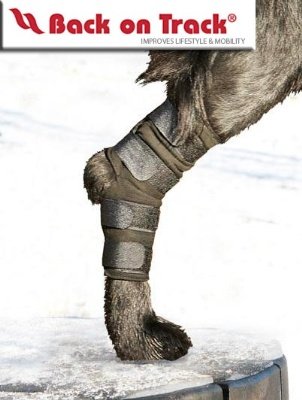 Based on what little evidence there is, it seems clear that Tightrope is to be preferred over TPLO based on both functional outcomes and on complication rates. TPLO and Tightrope both seem to be superior to TTA in functional outcomes and complication rates. The situation with TPLO versus fishline is that TPLO seems to give similar functional results with more complications, suggesting fishline should be preferred to TPLO. Although TPLO does heal faster, if that is a concern.

Fishline versus Tightrope or versus TTA are unstudied. Conservative treatment is unstudied. There are no truly long-term studies of function after Tightrope repair.

The dog owner is left scratching his head in puzzlement. 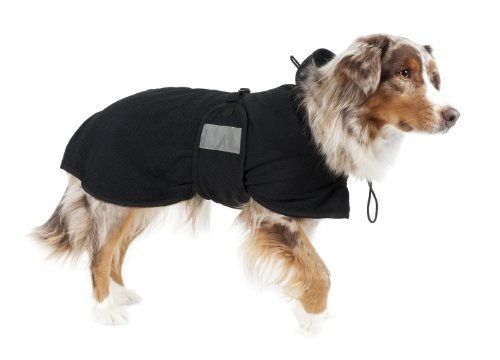