I've spent most of the past two decades in East Asia, holding lecturing and publishing positions in Hong Kong, Japan and South Korea. Among my favorite places are Taiwan and the Philippines. I'm fascinated by local religions and customs, and enjoy reading about history and how the English language changes and develops. I enjoy writing on InfoBarrel. If you love writing, sign up today.
InfoBarrel is a writing platform for non-fiction, reference-based, informative content. Opinions expressed by InfoBarrel writers are their own.
InfoBarrel > Lifestyle > Food & Drink > Cooking & Mixology > Beverages

Taiwan Oolongs: The Champagne of Teas

Many tea drinkers in the West have never heard of oolongs, premium infusions produced by partly oxidizing the leaves, buds and stems of Camellia sinensis var. sinensis. That strain is used for all kinds of Chinese teas, whereas Indian teas are made from Camellia sinensis var. assamica. Green teas are not oxidized, while black teas fully oxidized. Each oolong requires a precise degree of oxidation (somewhere between 8 and 85%, but usually 25 to 80%), so the process of drying the tea under the sun then roasting it to perfection requires great experience and skill.

The name oolong is derived from the Chinese wulongcha, meaning "black dragon tea." No one is sure where oolongs were first produced, or by whom, but it seems they aren't a Taiwanese invention, even though those produced on the island are considered the best in the world. Often, they're described as the "champagne of teas" - a label which, in this writer's opinion, doesn't do them proper justice. Champagne is a drink for convivial occasions only, whereas a fine oolong (pictured here) can be enjoyed with friends, or equally well by oneself in contemplative silence. The very best oolongs fetch over US$1,000 per 600g at auctions.

Oolings likely originated in the Wuyi Mountains in mainland China's Fujian, the coastal province closest to Taiwan. The island's oolongs are considered superior to their Chinese counterparts because they "include a larger span of leaf styles and oxidation levels" (Mary Lou Heiss and Robert J. Heiss in The Tea Enthusiast's Handbook: A Guide to the World's Best Teas). Taiwanese tea first made a mark in the West as long ago as the 1870s, when it was marketed as "Formosan Oolong." Until the 1960s, Taiwan was known to most Westerners as Formosa, a toponym of Portuguese origin. 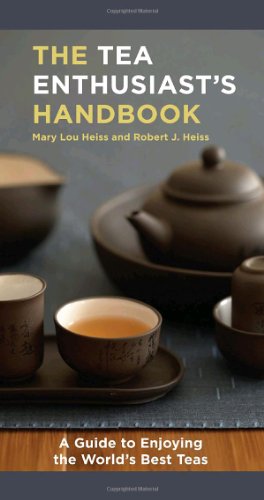 Oddly, as the reputation of Taiwan's teas has soared, production has fallen. Before World War II, when the island was one of the world's leading tea growers behind only China, Japan, India, Sri Lanka and Indonesia, Taiwan's plantations grew upwards of 30,000 tonnes of various teas each year. (At that time India was a British colony including what's now Pakistan - incidentally where this writer's father was born and enjoyed his first sip of tea; Sri Lanka was officially known as Ceylon; and Indonesia was then called the Dutch East Indies). In the past few years, annual harvests has hovered in the 14,000- to 17,000-tonne range, including green and black variants of the infusion. There are various reasons for this. Some former plantations have been built on. Also, land unsuited to the cultivation of high-quality teas is now used for growing other crops, or has been afforested.

By comparison, the People's Republic of China grew 1.64 million tonnes of tea in 2011, over a third of global production. India's output is over a million tonnes in good years. Meanwhile, Kenya, Turkey, Sri Lanka and Vietnam consistently harvest more than 200,000 tonnes of the commodity per year.

Even though the traditional role of tea in Taiwanese society has given way in part to coffee (including locally-grown coffees), the local tea industry doesn't come close to meeting domestic demand. Cheap teas are imported from Vietnam and elsewhere for use in packaged drinks. To get top-notch oolong, it's necessary to either buy direct from a grower (this is easy to do if you travel to Maokong near Taipei, or Fenqihu near Alishan), or from a reputable dealer who can introduce teas to you and brew some samples for you to try. Urban teashops often double as dealers; some also serve good food. If traveling to Taiwan isn't an option, there's a growing number of online suppliers who specialize in selling oolongs and other Taiwan-grown teas to connoisseurs across the world. Taste once, and be forever smitten!