Wendywanderer
InfoBarrel is a writing platform for non-fiction, reference-based, informative content. Opinions expressed by InfoBarrel writers are their own.
InfoBarrel > Lifestyle > Family > Parenting

Teach Your Child the Multiplication Tables

My son began to learn beginning multiplication facts in 2nd grade, and the teacher sent home this assignment: “memorize the 2s facts this weekend."  We dutifully reviewed and my son went to school and was able to pass the oral quiz when the 2s facts were asked of him in order "2 x 2, 2 x 3, 2 x 4..."  I soon realized that the information was going into his short term memory; one week later he had forgotten and we needed to review again.  I spent time with him during the next three years before he has completely memorized his times tables.  As a result, I have learned a lot about how to help a child learn to multiply and want to share these now.

I began to look for material to help supplement what he was doing at school and learned that the base to learning the times tables was being able to “skip count," counting by 2s, 3s, 4s, etc.  The internet has been a great tool to find resources for practice.  Jordan is highly motivated by music, and although I felt like sometimes he was more interested in the dance moves than the material being presented, videos on youtube helped him learn to skip count.  Here is an example of one of the videos we watched.  Jordan did not master multiplication through these videos, but his younger brother had NO PROBLEM with multiplication due to the repetition of these videos in our home!

I began to realize that mastering the multiplication facts was going to take lots of repetition for my son, so I downloaded some free flashcards from an internet website and we began practicing together or I would give him an assignment to review on his own.  The answers on the flashcards were on the back.

I found an app for his android tablet that used the same idea as the paper flashcards.  This app includes a parent’s feature that allows me to see what multiplication facts are being missed and which are being missed repeatedly.  It also includes the ability to set the range of facts to be drilled on, the amount of time for the drill and the number of questions to be completed in the time limit. 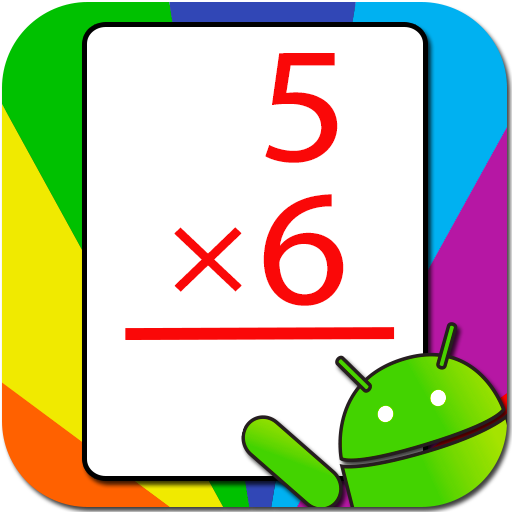 Unfortunately, I did not check Jordan's progress with the parent feature for the first few weeks that he used the app.  When I checked it, I realized that my son was missing the same facts over and over and he confessed that he had just been guessing.  I decided to combine the drill with an assignment on some big newsprint paper, where he had to write out the facts that he had missed more than 3 times in the same day.

I decided to homeschool my boys for a year and spent a lot of time working on multiplication facts when Jordan was in 4th grade.  Jordan loves language and communication.  I was able to find a method of associating words, pictures and a story to each multiplication fact.  This turned out to be an excellent experience for us.  He LOVED the stories and they helped him to remember the multiplication tables that were most difficult for him.  If he missed facts in a drill, I would tell him to go and watch the video again to remember the fact.[1]  This was pretty successful.  I did see that if we took a break and stopped reviewing, he would stop remembering the facts once again.

Despite all of my efforts, Jordan still had trouble remembering some of the multiplication facts out of order when he returned to private school for 5th grade.  Fortunately, his teacher continues to review with him and uses the facts daily as well as sending homework to review at home.  I am happy to say that my son HAS mastered the multiplication facts and continues to use them every day, transfering the skills into division.  All of the hard work did pay off.

I did not give up on my son and all of these techniques including skip counting, flash cards, multiplication apps, using language and continual repetition finally resulted in a boy who can use the multiplication facts as needed.