Teaching English in Asia - Pros and Cons of Each Country

The Best Countries to Teach English

Teaching English in Asia is becoming more appealing to many people. Whether it’s because the economic situation back home, or a desire to see the world or start a new career, more people are turning to ESL as a viable way to make a living. Those interested in teaching abroad can find work almost anywhere - but of course conditions vary, and some countries and regions are more popular than others. When most people think of teaching abroad, they likely think about programs in East Asia. This article breaks down the current situation - pros, cons, working environment, and lifestyle conditions - of some of the most popular destinations for English teachers in Asia.

For many first starting out their teaching career, South Korea is an excellent choice. The appeal of SK is the low start up costs. Almost all jobs will pay you for your airfare to the country, or at least reimburse you when you arrive. Housing is paid for, and local costs for food and entertainment aren’t that expensive. When you finish a one year contract, you get a month’s bonus and airfare back to your home country. And if you’re reasonably frugal, you can save 1 million Korean won each month (around 900 USD on current exchange rates) each month without too much effort. Given all this, it’s easy to see why South Korea appeals to so many for their first ESL job.

It’s gotten so appealing, in fact, that the current economic crisis has brought a lot more teachers to the country than before. It used to be very easy to find at least entry level teaching work in Korea - but due to the influx of economic refugees, competition has gotten fiercer and standards have gotten slightly higher. Workplace environments aren’t always the best in South Korea either - especially with private institutions, many of which are famous for breaking promises and cutting corners. Government programs, such as EPIK, are more reliable, but require more certification than before, and come with their own issues of fitting into a more conservative Korean workplace culture.

Living in South Korea is very convenient. It’s generally easier to find a job in major cities - such as Seoul or Busan - than it is in say, Japan. In those two cities there’s plenty of nightlife, entertainment, culture, and opportunities to meet people. While Korean may be a difficult language to learn, it's not so hard to get by with survival Korean and English. Other major cities in Korea - such as Daegu or Daejeon - are much more limited, however, and less expat friendly. Day to day life in South Korea can be fantastic, but tourism is lacking, so if you’re in it for the sights alone you may want to reconsider. Still despite some problems South Korea remains an excellent choice for first timers.

Japan - Declined Market that Still Has Some Good Points

Japan used to be known as the place to be for people starting out with their ESL career, particularly in the 80s and 90s. A number of factors - such as a declining economy, Japan’s lack of interest in learning English, and several bankruptcies of major English chain schools - have put a dent in that reputation, however. Still Japan can offer some good points for those starting out. The best known ESL program in the country is the JET Program - which is probably the best program in Asia for people interested in ESL teaching for the first time. JETs receive a fair salary and benefits, often (though not always) receiving free housing and other perks. You get a free ticket to and out of the country, and a better support network than Korean programs such as EPIK. The downsides include - a high probability of being placed in a rural area (some JETs even get sent to tiny islands!), no choice over where you get sent, and a lengthy, competitive application process. Still it’s worth a shot for those who want to get into the country for the first time. Outside of JET there are private institutions - called eikaiwa - which can be more demanding for less pay and benefits, though a bit easier to get into than JET. Experienced teachers can also try international schools or good universities.

Japan is an amazing country for tourism - no matter where you go there’s something to do. Even rural areas will at least have beautiful scenery and some traditional and historical sights. For those who live in or near the big cities, Japanese entertainment and nightlife is much more varied than in South Korea, though much more expensive. Since it’s been open to the West longer than it’s neighbors, Japanese are generally more used to the site of foreigners even though their English ability isn’t as high. The bigger cities, such as Tokyo and Osaka, also tend to have a slightly more international feel than some other Asian metropolises.

By far the most rising market in the ESL game is mainland China. The country’s fast economic expansion and status as an up and coming power has fueled a lot of demand for ESL teachers. Salaries and conditions are getting better and better, with some salaries and savings rates being on par with countries like South Korea (depending on where you live in China). There are plenty opportunities both for career teachers and those who wish to transition into another field - as it’s probably more common to switch careers as an expat in China than in other East Asian countries. Mandarin is also a much more useful language to learn than Korean or Japanese.

Still as a developing country, it has some issues regarding lifestyle and workplace environments. Everyone knows about common issues such as pollution and censorship. Private institutions in China are also notoriously unreliable and may close down due to low enrollment and other problems - make sure you have a fair amount of cash saved up, and a back up plan, in case anything goes wrong.

China can be a breathtaking experience in terms of tourism and entertainment. As the center of East Asian culture for many centuries, there’s a lot of sights to take in while you’re in China. The larger cities such as Beijing and Shanghai definitely have a lot to see, and the sheer size of the country means there’s a lot of variety in the amount of tourist spots. Living as an expat can also be more convenient in some ways - unlike the limited, mostly teacher expat populations of some other Asian countries, China draws in foreigners from all industries and walks of life. This unfortunately, also means that some expat nightlife in the major cities might be out of the reach of an entry level teacher’s salary. Still there are plenty of opportunities for both ESL teachers and other workers to make a decent living in China.

Choosing a country to move to for your first ESL teaching job is no easy task. It’s something that must be considered carefully - not just for job benefits such as salary and housing, but also the kind of lifestyle you want to lead. Each major country in East Asia offers a lot of the same benefits, but also unique selling points to appeal to both newcomers and career teachers alike. 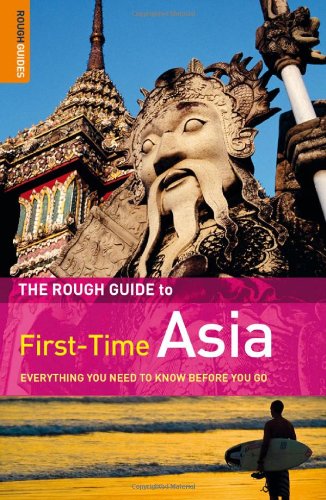