Ten Interesting Facts About the Fourth of July

Do You Know These Independence Day Facts?

Every year, Americans celebrate Independence Day on the Fourth of July. Many of us know the basic facts we learned in school, like how we fought the King George III’s army of British redcoats to gain our freedom and how George Washington led our ragamuffin army to victory. We wanted our freedom because we were tired of “taxation without representation”. The colonists had had enough of England and their bullying ways.

But there is a lot more than that to our American history!

Here are ten interesting facts about the Fourth of July that you may never have heard of before.

Fifty-six men signed The Declaration of Independence. They came from the newly formed thirteen colonies. Pennsylvania had the most signers with nine; Rhode Island had the fewest with two.

The document was not signed on July 4th, but approved by the Second Continental Congress on that day. It was signed on August 2nd, 1776. All of the men were not present and it was not until January 1777 that all fifty-six signers put their name on the Declaration of Independence.

John Hancock has the largest signature on the paper.

Of the fifty-six signers of the Declaration of Independence, two would become President of the United States. They were:

Both John Adams and Thomas Jefferson, Presidents and signers of the Declaration of Independence, died on July 4th, 1826. American lost two of it’s great leaders on it’s fiftieth birthday.

Uncle Sam is the Man 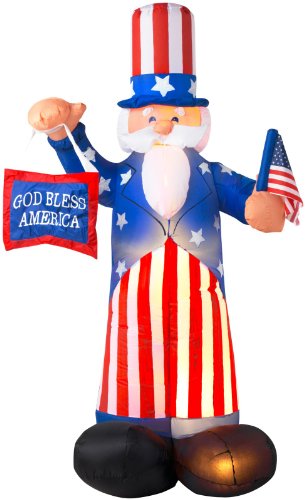 The first Independence Day celebration occurred on July 8th, 1776. The Liberty Bell was sounded and the people of Philadelphia gathered to hear the reading of the Declaration of Independence.

There are many different stories about how the Liberty Bell got it’s famous crack. Some say it was cracked and repaired a few times, others sources site that there was no mention of a crack until 1846. One thing is known for certain…it is a major symbol of our nation’s liberty.

According to American folklore, Betsy Ross sewed the first American flag, as commissioned by General George Washington. But who designed it?

It is believed that while Betsy Ross did change the original six pointed star to a five pointed one to make the sewing easier, it was Francis Hopkinson who designed the flag. Hopkinson was a well known patriot and Congressman from New Jersey, who was also a signer of the Declaration of Independence. Although historical data does support this, it can never be known with complete certainty. 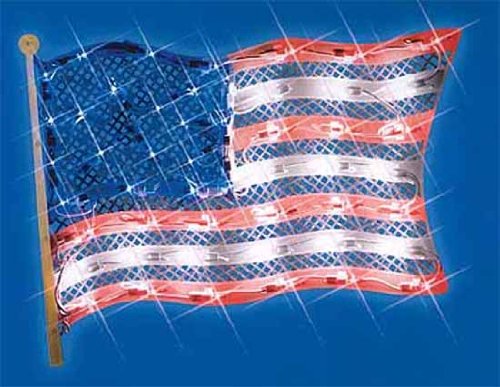 15" Lighted Patriotic Fourth of July American Flag Window Silhouette DecorationAmazon Price: $14.99 $9.99 Buy Now(price as of Dec 18, 2013)
This lighted American flag can be used for several holidays, including the Fourth of July. It is a symbol of our freedom.

The design of the American flag is symbolic. The thirteen red and white stripes represent the thirteen original colonies. There are seven red and six white stripes. The field of blue has stars, one for each state in the country.

The color white stands for purity and innocence; red for hardiness and valor, and blue stands for vigilance, perseverance, and justice.

The original thirteen stars were made in a circle to show that each colony, no matter what it’s size, was equal to the others.

The first fireworks display on Independence Day took place in 1777 at the encouragement of Congress. It is now traditional for cities and towns across the United States to have their own fireworks celebrations for it’s residents. This way, it can be more spectacular and safer than having them at home. These are often accompanied by parades, carnivals, and other township activities.

Let's Hear it for the Red, White and Blue 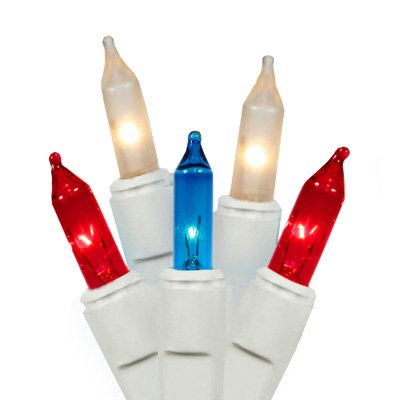 While it is not known when the first official Fourth of July barbeque occurred, it has been recorded that as far back as 1777, towns celebrated our break from British rule and the signing of the Declaration of Independence. After the Revolutionary War ended in 1783, picnics, parades, and fireworks became ways that Americans celebrated the holiday.

Today, millions of Americans host barbeques for friends and family. About 150 million hot dogs are eaten on July fourth each year!

Francis Scott Key wrote The Star Spangled Banner, our national anthem, in 1814. It was written after he watched the British bombarding the American army one night. When the smoke cleared, the American flag was still proudly waving in the breeze. This inspired his poem, which was later set to music.

These ten interesting Fourth of July facts would make nice ice breakers or a trivia contest at your next holiday barbeque!