I am a retired teacher of English as a second language. I teach on line via Skype, and write on-line articles which reflect my love of travel, language, literature, history and culture. I love writing for InfoBarrel. Why not join me by signing up here: http://www.infobarrel.com/signup.php
InfoBarrel is a writing platform for non-fiction, reference-based, informative content. Opinions expressed by InfoBarrel writers are their own.
InfoBarrel > Travel & Places > Places

Ten of the World's Most Amazing and Mystifying Structures

When I came up with a list of the most amazing structures in the world I looked for a quality which I think of as the "wow" factor.  I tried to choose things that cause people to drop their jaws in astonishment, either because they are especially unique, or because they create a special sense of awe and wonder. So here are my choices. You might also have your own favorites to add to the list.

One amazing structure that was built in seemingly impossible circumstances is the Sam Kee Building in Vancouver, British Columbia.

In 1903 the Sam Kee Company bought a 30 foot wide lot where they planned to build their office building. However, 24 feet of the lot was subsequently expropriated by the city in order to widen the road, leaving Sam Kee with only just under five feet of usable property.

Although people said it was impossible, Mr. Kee rose to the challenge. He hired an architect to design a building to fit the lot, and the result was a two-story office building with a ground floor measuring a mere 4 feet 11 inches from front to back which is recorded in the Guinness Book of Records as the thinnest building in the world. 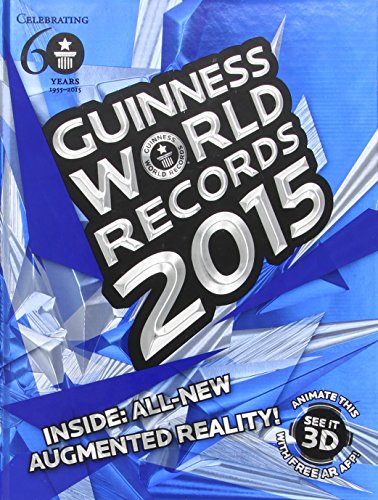 The building is actually so narrow that it is difficult to comprehend even when you are looking directly at it. If you look at the picture of the building above what you see is actually two buildings back to back. The Sam Kee Building is on the left-hand side, directly in front of the two ladies, and extends back only as far as the white drainpipe. Also, notice how the bay windows are cleverly used to add extra square footage to the second floor.

What is amazing about the Georgia Guidestones in north eastern Georgia in the United States is that although this structure was built in modern times, no-one appears to know who had it erected or what prompted them to do so.

The Guidestones consist of five 16-feet-tall, 20-ton slabs of polished granite inscribed with instructions to survivors of an apocalypse for rebuilding civilization. These include commands such as "Maintain humanity under 500,000,000 in perpetual balance with nature," "Protect people and nations with fair laws and just courts," and "Prize truth, beauty, love, seeking harmony with the infinite."

The instructions are inscribed in twelve languages and the stones are oriented to track the movements of the sun.

The interior of the VAB is so large that it creates its own internal weather, and NASA employees sometimes see rain clouds forming on the ceiling. The  humidity inside the building is controlled by 125 ventilators which completely replace the air inside every hour.

The Tokyo Bay Aqua Line connects Kanagawa Prefecture and Chiba Prefecture across Tokyo Bay by means of a 4.4 kilometer bridge combined with a 9.6 km. tunnel which meet at a crossover point on an artificial island in the middle of the bay.

The tunnel, which is the world's longest underwater vehicular tunnel, is ventilated from a wind powered air supply tower. Construction cost 11.2 billion US dollars, and it took 31 years to complete.

The 36 kilometer long, six lane Hangzhou Bay Bridge in China is the longest sea-crossing bridge in the world, and presented many design and construction challenges before its completion.

The Yangtze River delta where it is located is prone to earthquakes and high winds, and experiences some of the strongest tides on earth. In addition, a pocket of methane gas was discovered underground and had to be released before construction drilling could commence. Six hundred experts worked for nine years to design the bridge, which cost 1.7 billion U.S. dollars to build.

The Dubai Tower, Burj Dubai, or Burj Khalifa is the tallest man-made structure in the world. It is 2,723 feet high, and boasts the world’s fastest elevators, highest nightclub and highest restaurant.

Credit: "Burj Khalifa" by Donaldytong - commons:File:Burj Khalifa.jpg, originally from the author as noted below. Deleted from Commons by admin King of Hearts 5 November 2012.. Licensed under CC BY-SA 3.0 via Wikipedia - http://en.wikipedia.org/wiki/File:Burj_Kha

Opened in January, 2010, the Burj cost 1.5 billion US dollars to build. 110,000 metric tonnes of concrete, 55,000 tonnes of steel rebar and 22 million man-hours of labor were used in its construction.  The extreme height and weight of the building required engineers to develop a unique structural system to support the tower.

The Great Wall of China was 2,000 years in the making. The first wall was built in the 7th century B.C. to regulate trade and migration, and was extended in the third century during the Qin Dynasty to protect China against northern invaders.

Originally constructed from rammed earth, the wall was reconstructed from brick and stone in the 14th century, during the Ming Dynasty, and its defensive capabilities were improved by the construction of watch towers and signal towers. Although much of the Wall has now collapsed, it had a total length of 5,500 miles when intact. The human cost of construction, although unknown, is believed to have been immense. Some experts estimate that up to a million workers may have perished during the Qin Dynasty building phase alone.

8. Most Amazing Place of Worship

Borobodur Temple in Indonesia is a 9th century Buddhist temple which was mysteriously abandoned in the 14th century and lay hidden in the jungle until it was rediscovered in 1814.

A major restoration of the site was carried out with assistance from UNESCO between 1975 and 1982. Borobudur is the world’s largest and most magnificent Buddhist monument. It consists of a series of nine terraces built over a natural hill, and seen from above it forms a giant mandala. It is decorated with 2,672 bas relief panels representing images from the life of Buddha which have been heralded as the finest and most complete collection of Buddhist reliefs in the world.

As a shrine to Buddha, the restored temple is once again a place of worship and pilgrimage.

The Palace of Versailles, originally a modest hunting lodge built by Louis XIII in 1624, was transformed into one of the largest and most opulent palaces in the world by Louis XIV.

30,000 laborers were employed to build the Palace and create its 250 acres of gardens which contain 1,400 fountains, and the construction almost bankrupted France. The 2,000 acre Versailles estate also contains two smaller palaces, the beautiful pink marble Grand Trianon and the charming little Petit Trianon. It is also the location of the Queen’s Hamlet, the play village where Queen Marie-Antoinette pretended to live a simple peasant life until the excesses of the royal family were ended by the French Revolution.

A Short Tour and Brief History of Versailles

Versailles is a UNESCO World Heritage building, a popular tourist attraction and museum, and is still regularly used by the French government for official state functions.

The most amazing ancient monument is without a doubt the Great Pyramid of Giza in Egypt, which is the only one of the Seven Wonders of the Ancient World which remains intact. It is amazing both for its sheer size and for the accuracy with which it was built.

Built as a tomb for Pharaoh Khufu (or Cheops) about 2560 B.C., the Great Pyramid was the tallest man-made structure in the world for over 3,800 years. It is estimated that during its 20 year construction workers moved about 2,500,000 cubic meters of stone, or 800 tonnes a day.

The accuracy of the pyramid’s workmanship is amazing, even by modern standards, and experts still do not understand how this incredible accuracy was achieved. The casing stones and inner chamber blocks, for example, were fitted together with virtually perfect precision, and surfaced with blocks of white limestone with a skill that has been described as “equal to opticians’ work of the present day, but on a scale of acres.”