People love being involved, able to share and enjoy the benefits their personal contributions can make. I have spent most of my life learning how to make and do many things, including those that can help us improve and support our health. I'm talking about how to eat what suits you best and how to cut down on the cost of expensive medications and supplements. There are easy ways to find many solutions in the kitchen. You too, can learn how to enhance your health and have great pleasure in doing so. Life is a fun journey. Thanks for sharing
InfoBarrel is a writing platform for non-fiction, reference-based, informative content. Opinions expressed by InfoBarrel writers are their own.
InfoBarrel > Technology > Science > Biology > Physiology > Organ Systems > Endocrine System > Hormones

A herb that helps men to increase their own testosterone levels? Yes, menopausal women too!

Step on the ground creeper known as Gokshura or scientifically - Tribulus Terrestris and you will immediately get a nasty painful jab! In South Africa we call this plant the Devil's Thorn. Farmers try to keep their fields clear of them so that their animals, especially dogs and young lambs don't get hurt. As children we knew to avoid stepping on these plants. Even when riding bicycles, we got punctures if we rode over their woody thorns. In many countries these invasive weeds are called Puncture Vines for a very good reason. But they are valuable medicinal plants!

Disclaimer: Should you wish to use medications made from any plants please consult a qualified herbalist and tell your doctor. Plants can duplicate the effects of many patent drugs and even have multiple benefits (instead of nasty side effects.) Most common effects from herbs / spices / fruit / vegetables that are used therapeutically affect blood pressure, viscosity, blood sugar and resistance to viral, mould and bacterial infections. So please first tell your doctor about Tribulus Terrestris because it can help with urinary and prostrate problems and help to boost normal testosterone. Yes - good stuff!

The sharp thorns are part of the woody seed that has some unique medicinal properties on offer. Who would have thought that one day I would be telling those farmers that if they made a tincture from that Devil's thorn and drank it they would be able to compete with their prize bulls! In my quest to discover the hidden secrets of plants I came across some articles extolling the virtues of  Puncture Vine. Some American doctor was going on about the sexually enhancing ability of their new product. New muscles, more sexy, more alert and everything a man wants is a familiar sales tactic they use. A money back guarantee - of course.

We are familiar with Doctor so and so who sends  us those long letters and promises you a new lease of life. After a build up of 2000 words and promises of thunderous orgasms, bigger better muscles and an end to prostate problems they get down to the "newly discovered" wonder herb - Puncture Vine! Then come the ordering details, the two for the price of one deals and the thunderous discounts. I was intrigued that there could be such and amazing plant. I began an intensive study of the puncture vine and found out that the botanical name is Tribulus Terrestris.

I start my own experiments with this common weed

I still had no idea what sort of plant Tribulus Terrestris or Puncture Vine was as in those days and we did not have the internet at home. I scoured the library to no avail. In desperation I grabbed a book on South African weeds and invasive plants and checked the index. To my amazement, the picture was of the "Dubbeltjiedoring". The Devil's Thorn we had growing in the park outside our house. After 21 days of soaking the macerated aerial parts of the plant in ethanol I had a tincture ready. I diluted it according to he herbal manual in the laboratory and declared it ready for family trials. Friends too, in this case, and a few curious pharmacists, therapists and a gynaecologist who showed an interesting herbal medicine.

After a few weeks we compared notes with our volunteers. The 80-year-old gentleman who had suffered from depression and a lack of inertia brightened up and showed a new interest in his daily activities. They did not include anything of a sexual nature but testosterone is also essential for mood and emotions. Somehow the herbal tincture had given him a boost. This was exciting because the herbal material did not contain any testosterone - only a precursor. It seemed to be working, according to one of the therapists who gingerly took a bottle and mumbled something about his new frisky young wife. Judging by the smile on his face, she was happy too!

Symptoms that show testosterone is in short supply include a loss of libido, brain fog, depression, and a lack of lustre that makes life unbearable. So much so that people take antidepressants. That is the worst thing to do because many of these drugs sabotage your sex life to a further extent. The solution is not automatically to take "natural" or patent hormone replacements either. This is not your first option because then you interfere with your own natural ability to generate testosterone. Once you take the ready made testosterone you may feel good and it will change your life.

But it will turn you into a testosterone dependent junkie. This is why it is exciting to see how this herb plays a role in helping us all to support peak levels of not only testosterone, but also oestrogen. These hormones are made out of cholesterol. Testosterone will aromatise (break down) into oestrogen, especially in women. Ladies only need 1% of the testosterone that men need to keep up their vim and vigour but they too, can get frigid and depressed if testosterone is not being made as required. Men and women need to peak with testosterone and so can both use Tribulus Terrestris. They gynaecologist who helped me with some of the trials noted that his ladies became more confident, assertive and less weepy or emotional.

Tribulus does not contain testosterone - but what a boost they got!

I also gave some to my husband although he was in what we could call peak health. For him, the study was to see if it was possible to increase the length of his you know what. according to the purveyors of Tribulus Terrestris it could do just that. Their research served to confirm that it gives you a longer penis! Their trials outlined the procedure. The penile length is measured with piece of cardboard held against the body and then at the tip of the extremity a pencil line is drawn and the date and statistics were recorded. This was done once a month. Well, after two months the extra 5 - 10 mm was evident. Would it stop, was it reversible? I hoped so!

The herb did not seem to produce adverse side effects in any of the people I was giving it to. I was too shy to ask about what the tape measure had to say. However when it comes to other muscles Tribulus Terrestris is a popular supplement for sportsmen and athletes because it is known to enhance stamina and improve muscle tone and strength. Body builders include it in their milkshakes and Tribulus is often combined with L-arginine and other nutrients to good effect. Read your labels! One is not sure if the perceived increase in testosterone would be acceptable for sportsmen if dope tests showed a rapid rise (although endogenous) in this anabolic steroid hormone. However, there is no testosterone present in Tribulus Terrestris.

Have we found a cure for the Koro syndrome?

Credit: Sue VisserSo now we have discovered that a boost of phytomedicine can really enlarge the penis. Another herb, nicknamed Longjack has a similar effect. Go tell the Chinese, who suffer from a disorder whereby they believe that the evil forces rob you of your lifeline by withdrawing your penis into the body. This is why the Shaolin monks tie a small boulder to their knackers with a piece of rope and stand in this pose for a few hours a day. The condition is called the Koro syndrome, so now you know how to cure it! Evidently the Chinese penis is not smaller that anybody else's it is just a psychological problem and has often resulted in an expression of mass hysteria. The most recent outbreak of the koro syndrome was in Singapore, in 1967. Male "patients" flocked to hospitals and resorted to using clamps, pegs and even physical manipulation. (Some would enjoy that). Anything  to try to save themselves from the imagined danger of penile withdrawal that seemed to have threatened the lives of so many Asian people that year.

Would men with Kor0, the penile withdrawal phobia, want to see a shrink?

All people over the age of 40 can really benefit from the remarkable yet humble herb. To most of us it is a nuisance, a nasty weed and if ever you have stepped onto one of those thorns the last thing you would do is take a handful of them home to prepare some medicine out of them. Fortunately there are products available and with the help of a qualified herbalist you will be able to keep your testosterone and everything that depends on it in peak form!

Additional benefits from the herb - candida, prostate and urinary function

Sterols and X steroidal saponins that are present in Tribulus help protect the prostate from swelling and protect it from cancer. It also is a diuretic and urinary antiseptic and has no irritating side effects. Good news for those nocturnal visits to the loo! According to Laboratory studies they have found Tribulus to have anti-microbial as well as anti-tumor potential. It also has significant in vitro and in vivo antifungal activity, especially against mould and fungi associated with candidiasis. It kills the microbes by destroying their cell membranes. Candida does not only affect women. It can also by a systemic condition and is difficult to treat.

A quick boost for mental alertness and physical stamina:

The tincture form, when taken under the tongue has a rapid effect on mental alertness and physical stamina. This is because the active phytochemicals are able to enter the tiny blood vessels under the tongue almost immediately. They stimulate hormonal release of testosterone and away we go!  Before strenuous activity such as body building, cycling, martial arts or even night duty one can have the benefits and perform a lot better. Tribulus Terrestris is now sold as a standardized pharmaceutical preparation for muscle strength and sexual potency throughout Europe, the Middle East, and Asia. It can be ordered via the internet. This is good news because in places like South Africa the legislation is getting very restrictive. So much so, that traditional medicine is taking a hard knock. But this herb grows in the ground - not so?

Precautions: To date no adverse or harmful effects have been reported at prescribed doses. But it can gradually and naturally help to increase the blood count of testosterone in competitive athletes, cyclists, etc. So regular blood tests should be used to monitor this endogenous process. But as a way to improve urogenital health and help protect us from cancer and candidiasis.

This herb is truly a gift to mankind - and women!

Easier than making your own, and less painful!

Both the leaves and the fruit contain phytochemicals

Supplements are freely available to everybody at Amazon 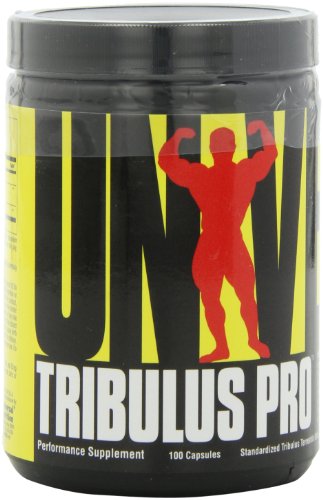 How To Get Better Sleep

Five Ways to Deal With Stress So You Can Sleep

Sleep Deprivation can be Devastating

The Uberman Sleep Schedule - Can You Increase Productivity by Sleeping Less?