Credit: Lee Anne RussellSometimes, history gets confused or misinterpreted.  Many ordinary items carry exotic names, indicative of a “foreign” origin.  In many cases, however, such things are genuinely homegrown, and the exotic name is a misnomer.

One of the greater naming faux pas in history concerns an animal, a game fowl that has come to symbolize one of the United States’ major holiday events, Thanksgiving Day.  The bird, usually roasted and trimmed out with vegetables, is popularly known as a turkey.

By rights, however, the bird would be more properly called a “Mexico”.

The Bird is the Word
When the Spanish conquistadors, the first Europeans to set foot on mainland soil of the Americas, entered the Mexican lands of the Aztecs they discovered a cornucopia of foodstuffs and animals alike such as had never been seen in the Old World.

Corn (called “maize” by the Natives – in England at the time, “corn” was a generic term describing cereal grains such as oats or rye) and potatoes were but two of the greatest discoveries met by the conquering Catholic Spaniards.  The interlopers also made note of hundreds of animals never before seen as well: llamas, alpacas, bison, jaguars, and exotic birds lived freely and in abundance.

In addition to spreading Catholic Christianity, though, the invaders were interested in exploiting the riches of the new lands of the Spanish Main (as the eastern coast of South America came to be called) and of Mexico, subjugated in the earliest years of the 16th Century.  With the Maya long gone, and the Incas and Aztecs fractious and subjugated, the wholesale biopiracy of the new lands’ natural resources began.

A gawky, largish game bird was observed as a mostly ground-dwelling creature.  There were two species of this bird in the New World—only one of them had been domesticated by the Natives for consumption in pre-Colombian times.  To them, it was a common enough sight.  The Spanish, having need for restocking ships for return voyages to Spain and also wanting to impress th

Credit: public domaineir monarch with exploitable riches (including livestock and new plant foods) also gathered of samples of the native flora and fauna to take back home.

Hérnan Cortés (1485-1547) led a conquering expedition in 1519 to the lands of the New World.  It was shortly after this invasion that several of the game fowls with the reddish wattles hanging from the beak were shipped back to Spain.  The Spaniards had first termed the bird “guinea fowl”.  From there, this bird became a very popular barnyard and farm protein source.

Confusion about its origins reigned throughout Europe, however.  The French, thinking the bird had come from India, called them poulet d’Inde (the modern French word, dindon, for the animal comes from the older misnomer).   Germans, Dutch, and the Swedish people refined the Indian sub-continental origins down to a specific city: Calcutta.  Thus, in those languages, this game fowl was called Kalekuttisch Hün (German), kalkoen (Dutch), and kalkon (Swedish).

This large domestic fowl first appeared in England about 1550, having been brought there intentionally.  However, the English, as confused about the bird’s origins as were the people on The Continent, thought it was from the Orient as well, but a bit closer, specifically in Asia Minor.  It became known by the name of its “native” country, Turkey, and was first called a “Turkey cock”, then “Turkey fowl”, and finally, just “turkey”.

Birds of the Woods
When the first English Europeans set foot in the eastern United States, they were met with some surprise to find the woodlands teeming with the turkey.  It was taken for granted by this time that the bird was of Near East origin.

The long and the short of it, though, is that the name “turkey” stuck.  Obstinacy aside, the bird had no other popular name, and as the Puritans generated the most attention to themselves (as shameless self-promoters), and certainly through the establishing of a fall harvest feast featuring “fowl” and other “beastes” that became known as Thanksgiving Day, the name “turkey” stuck.

An early admirer of the Native American turkey was Benjamin Franklin who thought there was a certain nobility to the bird.  He lobbied strenuously during Colonial times to have it

Credit: public domainadopted as the national bird of the United States (rather than the bald eagle) because of its utilitarian place as a food source and for its status as a native of the New World.

Not many others saw dignity in the strutting Tom Turkey, though ornithologist, naturalist, frontiersman, and artist John James Audubon (1785-1851) lent it dignity through his work.  His folio-sized paintings of the birds of North America were spectacular in scope and execution, and one of his best known prints is of the North American wild turkey.

Birdland
Today’s domestic turkey is a descendant of the original Mexican domesticated species, Meleagris gallopavo.  There remains one other species, the Agriocharis, or Meleagris ocellata (the Ocellated Turkey) that ranges the woodlands of the Yucatán Peninsula.
The turkey is one of only two domesticated birds originating in the Americas (the other is the Muscovy Duck – yet another misnamed avian).  Through fattening and caging most domestic turkeys raised for meat are incapable

Credit: John James Audubonof sustained flight.  However, even the larger of the wild turkeys one might see roaming along river banks and forested areas near streams are capable of long treks through the skies.

There was a time by 1900 in the Americas where turkeys had been hunted, like the passenger pigeon later, almost to the point of extinction.  Attempts to repopulate using only the domestic variety failed miserably.  A concerted conservation effort in the 1940s led to transplantation of wild turkeys into every state in the union except Alaska (which has no wild turkeys) where they quickly established themselves and recovered.

Domestic turkeys retain the white-tipped tail feathers of their Mexican ancestry, whereas the non-domestic variety (having not been inbred as much) has tail feathers tipped with a chestnut-brown hue.

The birds mate, and the male leaves the care of the hatchlings to the female, who only feeds them for a few days before they learn to forage for themselves.

As part of a growing industry among the more health-conscious, and as an alternative to chicken, turkey consumption in the US has increased dramatically in the past 30 years.  Turkey cutlets, turkey burgers, and ground turkey have also replaced much protein formerly fulfilled by beef or pork on the average dinner table.

The one place where the turkey is king, of course, is on the Thanksgiving dinner table for those who celebrate the day.

Call it a “Mexico”—its true country of origin—once, just for fun. 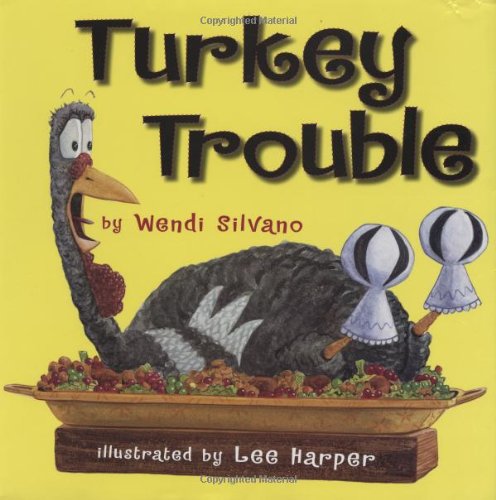 Trucker Man Amazon Price: Buy Now(price as of Nov 21, 2015)
Next >> Heated Bird Bath - Help Your Feathered Friends Through the Winter