Why We Celebrate Thanksgiving the Way We Do

The Thanksgiving holiday has evolved throughout history.  Meaning and traditions have changed with time.  Traditionally, the first Thanksgiving occurred in 1621 amongst natives and pilgrims.  Early celebrations were more sporadic then they were tradition.  They occurred to celebrate successful harvests and were not always held on a yearly basis.  As time went on celebrations became more consistent.  Yearly celebrations began to occur.  Tradition came and went from generation to generation.  Historical events played big roles into the Thanksgiving traditions we celebrate today.

President’s George Washington, James Madison, and John Adams all initiated days where our nation was to give thanks.  Tradition began here.  Although the event did not stick it was the beginning.  President Lincoln, sparked by events of the Civil War, designated the final Thursday of November as a Thanksgiving Day.  Though the meaning of the celebration was directed more towards giving thanks to god and mourning all of those who had lost loved ones in the war, the time of the celebration still carries on today.

After Lincoln’s dedication to a day of thanks, tradition was diverse throughout the nation.  It was during this time where some of today’s common traditions were formed.  The late 1800’s brought the first football rivalries into the spotlight.  Early on these matches occurred between high school teams, but as the sport gained popularity it moved to professional games.  Parades began to take part during this time.  Today we see elaborate parades such as Macy’s Parade, which began in 1924.

A tradition amongst U.S. Presidents is the turkey pardon.  The National Turkey Federation began to give the President one live turkey and two dressed turkeys for the National Thanksgiving Turkey Presentation.  John F. Kennedy was the first president to let a turkeys go because he felt it was too small.  It soon became common practice amongst Presidents to pardon a turkey.

Food is the well-known tradition of this holiday.  Turkey is so infamous with Thanksgiving that many refer to it as Turkey Day.  The food for this holiday has also evolved with time.  Many items used in the past such as pigeon pie are no longer a popular item.  Providing others with food on this day is another common practice that goes hand in hand with the meaning of giving thanks.

Traveling during this holiday sparked the thanksgiving weekend that we all know today.  In many cases this is a four to five day weekend to allow people to travel to celebrate with family and friends.  The day before Thanksgiving is one of the most traveled days amongst Americans, causing highways and stores to be very busy.

Thanksgiving will never lose its meaning.  It is a day to celebrate and be thankful for what we have.  Family and friends travel long distances to be together.  This holiday has evolved into a special meaning for us all.

Learn more about the History of Thanksgiving 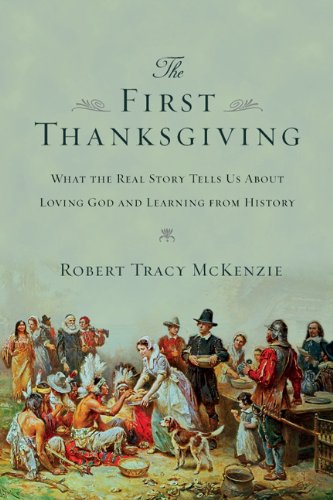 The First Thanksgiving: What the Real Story Tells Us About Loving God and Learning from HistoryAmazon Price: Buy Now(price as of Feb 13, 2014)
Next >> G-F Blueberry Pudding Cake (Slow Cooker Method)

A World of Thanks - Thanksgiving Celebrations Around The World

9 Tips to Improve Your Thanksgiving Turkey

Be An Introvert - Be Yourself During the Thanksgiving Holiday

Thanksgiving and the Pilgrims: Just the Facts