To many in my generation the 1980's was the golden decade of Chicago Bear football. It brought us our only Super Bowl victory, the birth of "Da Coach", the all time rushing record for Sweetness, the Super Bowl shuffle, the swagger of a punky QB and sadly the passing of Papa Bear.

This is a list of the best of the decade:

10. Steve McMichael                Mongo, maybe the wildest of the wild ones from this era. From wrestling to hunting to being an insta quote for the media, Steve McMichael was a continuing source of amusement. Lost in this was the ferocious defensive line play that led to multiple Pro Bowls. After leaving the Bears Mongo went on to play for the rival Green Bay Packers. Steve McMichael is one of many on this list to capitalize on this golden era of modern Chicago Bears football thru media gigs and endorsements after his retirement

9. Neil Anderson  Neil Anderson is the only player on this list not a member of the Super Bowl XX winning team. He was drafted right after that Super Bowl win with the last pick in the first round. Being seen as the heir apparent to Walter Payton he was behind the eight ball from the start. He faced the resentment from the fans as they sensed Walter's time was ending and that he was being phased out before he should have been. He also developed the maddening habit of running head down into the backs of his offensive lineman further drawing the ire of the Bears fans. All this aside he left Chicago as their second all time leading rusher.

The punky QB, next to Walter Payton my favorite player from this era. I remember thinking that the Bears had finally found a Quarterback after he was drafted. Known for his brashness what is often overlooked was his leadership and his ability to read defenses.  Who will ever forget McMahon mooning a helicopter or insulting the female population of New Orleans during the weeks prior to Super Bowl XX. Unfortunately his daring also led to his downfall as he missed more and more game time due to injury. Many a Bear fan has run through the "what if Jim had stayed healthy" scenario. How many Super Bowls would they have won and as a result nobody would be calling the San Francisco 49er's the team of the decade. McMahon's speak his mind style and the reoccurring injuries eventually led to his being traded to the San Diego Chargers. He bounced around the league as a backup before winning a second Super Bowl with the Green Bay Packers. Sadly since retirement he is one of an increasing number of former players who have developed health issues from repeated blunt force trauma and is a spokesman to bring this issue to light.

7. Jim Covert          Jimbo Covert was the big name on a Bears offensive line that remained intact thru much of the decade. His play thru this period contributed to Walter Payton breaking the all time rushing record, being named to multiple pro bowls and becoming a member of the 1980's all decade team. After retirement from football Jim joined the health care industry where he continues to enjoy a very successful career.

6. Gary Fencik     Gary Fencik was the cerebral member of the vaunted Bears defense during this decade. What he lacked in athletic ability and size he more than made up for with his football intelligence and savvy to become an anchor in the Bears defensive backfield for the better part of a decade. Gary has more than capitalized on his popularity, looks and intelligence while enjoying a long career in the Chicago media.

The sack man went from being a late round draft choice to Super Bowl XX MVP to becoming a member of the hall of fame.After leaving Chicago the first time he went to San Francisco and won a second Super Bowl ring in 1994 tho he was injured most of the year. He returned to the Bears in 1995 for one more uneventful year before bouncing to the Philadelphia  Eagles and Indianapolis Colts and retiring in 1997. He is one of the few on this list that has not been able to capitalize on his time in Chicago either financially or thru coaching.

4. Dan Hampton           The Danimal, the Bears wounded warrior. If not for numerous knee surgeries he probably would have become one of the top three defensive lineman in NFL history. Even playing with peanut brittle knees he still excelled at both tackle and end while displaying the spirit of a warrior and which earned him his ticket to the hall of fame. The Danamil is still heard and seen on Chicago radio and TV commenting on the Bears.

3. Mike Singletary             Samurai Mike, he of the "put the fear of god in you" game day eyes, captained one of the most feared defenses in NFL history. His intensity was unmatched as witnessed by his throwing of a chair thru a chalkboard  the night before the 1985 NFC championship game. One of his signature moments came from this game as he stuffed the vaunted Eric Dickerson head on in the hole, knocking him back for no gain. Unheralded coming out of college and considered to be undersized  his intensity and desire led him to a hall of fame career. After retirement he became a successful motivational speaker before returning to the NFL and working his way thru the ranks until he was named head coach of the San Francisco 49'ers.  Mike Singletary was the beginning of the resurgent 49'ers that you see today. Alas what he is most known for during his tenure was dropping his drawers as a motivational tactic. Samurai Mike will always be remembered for the intensity and leadership that he provided the Bears during this decade.

2. Mike Ditka          Yea I know that Iron Mike was a coach and not a player but this could not be an 80's list without DA Coach, besides this my list. Arriving in 1983 Mike promised his players a Superbowl in 3 years and to return the Chicago Bears to the dominance they once were known for.  He quickly established a culture of winning and take no crap from nobody. The Bears became the monster's of the midway once again. Mikes legend grew as the Bears gained national recognition as prime time players. His fiery temperament led to many memorable sideline explosions and media clashes. I almost soiled myself when he called out "Neil from Northbrook" on his weekly radio show.  Unfortunately as his core players aged the perception became that he had lost the locker room and had become bigger than the team. Iron Mike was melted down by Micheal McCaskey in 1992 instantly becoming the most despised man in Chicago. After leaving Chicago he had the misfortune of becoming the head coach of the New Orleans Saints when they were still pretty much the "Aints". There his most memorable moment came when he traded his whole draft for Ricky "I would rather burn one than play football" Williams.  Mike Ditka can still be seen on television as a football commentator and in commercials,  still as fiery and unique as ever.

1. Walter Payton #34         Number #1 is a no brainer. If you ask anyone from my generation to name a Chicago Bear and 10 times out of 10 "Sweetness" will be the answer. Known for his bruising running style and remarkable durability, his motto was "never die easy". Walter captured the hearts of Chicago like few other professional athletes have. Unfortunately one lasting memory will be his not scoring a touchdown in Super Bowl XX. After retiring as the NFL's all time leading rusher Walter pursued many outside interests such as race car driving and the attempt to be come a NFL owner. Walter Payton's untimely death the age of 44 put a city of millions into mourning. Personally it is the only time I have wept with passing of a public figure. Few football players have carried themselves with the dignity and left such a legacy as Sweetness.

Two things jumped out at me as I put together this list. First was the length of time that theses players stayed together. This was the last decade before rampant free agent movement and sadly will prevent something like this from happening again. The second thing was all the what if scenarios, what if McMahon had stayed healthy, what if Buddy Ryan had not left and what if Wilbur Marshall had not walked. These 1980's Bears may have become an all time dynasty. This grouping of players continue to enjoy a love affair with Chicago even as we are closing in on 30 years since that magical Super Bowl season

Anytime you do a list there will be controversy. This list contains 4 Hall of Famers, 4 members of the 1980's team of the decade, 1 MVP award, 2 Coach of the year awards,  2 Defensive Player of the year awards, a Super Bowl MVP and 39 Pro Bowl appearances . I welcome your comments and debate on my list.

You may also enjoy this 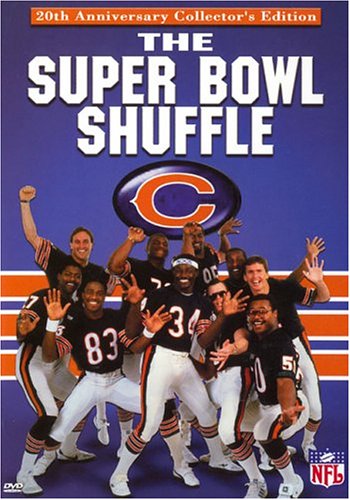 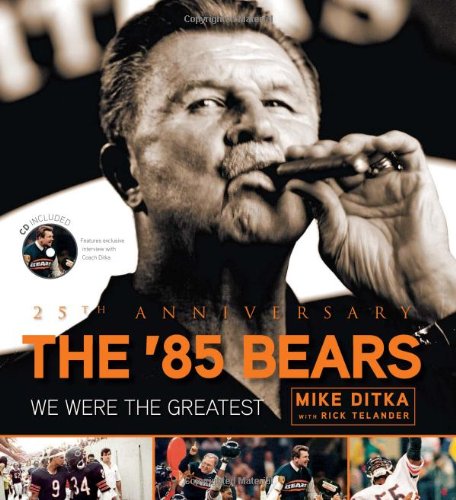