The 10 Most Important Websites Parents Should Know About

The Internet and Your Child - Keeping Safe

It has been suggested that children in the 21st century spend more time on the Internet than they do socialising with their family. This is probably due to their having been raised in a technological environment and not knowing much other than a computer or television as means of entertainment. Furthermore, the social networking sites and virtual games have moved chatting and spending time with friends from the parks and telephones to the internet with IM messengers.

As fascinating and intriguing as this is, it is also potentially dangerous to a child's well-being. In order to keep track of your child's online movements it is important you have an idea of which websites he/she may be visiting. Providers such as Sky broadband, BT Broadband and so on offer you the ability to have parental controls imposed on the internet experience of your children. This article will outline some of the most popular websites among children and teenagers worldwide.

Facebook is a well-known social networking site which was founded in 2004. Originally designed as a site to connect with friends and chat with colleagues, it has now developed into a site used for promotion of bands and different services. Individuals are also able to create different 'groups' and 'pages' where they can promote different concepts, such as a fan page for their favourite band. It is through these pages that many like-minded individuals have connected and new friendships are formed. There is also the option of finding new friends via a mutual acquaintance. Facebook also presents with a vast amount of online games which is the primary attraction for many young children. However, these games are unsecure and can cause privacy problems to your computer.

Twitter is another type of social networking site but does not have the extra add-ons that Facebook offers. The dominant characteristic of Twitter is that one communicates with friends via a 'tweet' of 140 characters or less. The communication is displayed on a twitter feed which increases security as all individuals can view the conversation. Of course there is a direct message feature, but it is rarely used. Individuals can also share images and websites via their tweets.

YouTube is a video sharing website which can consume a great amount of a child's time. It is a platform whereby individuals publish all forms of videos from music videos to pictures of birds dying. There is also a comment section underneath the video where an individual is allowed to place feedback on the video above. Unfortunately, the site is so large that much content is not moderated and a great deal of obscenity bypasses the security settings so it can be hazardous to younger children as they may see unwanted adult content.

Habbo Hotel is social networking on the next level. Instead of having a singular profile, the Habbo Hotel user is required to create a personalised character or avatar which he/she will use to interact with other players. The online community virtual reality game was created for people aged 13 upwards but is directed primarily at teenagers as a means of meeting with a chatting to your friends. Although deemed safe, Habbo Hotel has received a great deal of criticism over the years from different parents and teenagers alike. It has been seen that many paedophilic adults pose as minors in this environment grooming youngsters and establishing their trust hoping it will lead to a real life meeting.

Moshi Monsters is another virtual reality online game whereby children aged 7-14 can interact with friends in an online environment. It differs from Habbo Hotel in that the child creates a personalised room in which to interact with their friends rather than visiting different hotel rooms. Furthermore, the avatar is a virtual pet monster which is customised and cared for as the game continues. Moshi Monsters also provides daily challenges to earn 'Rox', the virtual currency of the game. With these Rox you are able to purchase different items for your room. Once again there is the danger of sexual predators parading as minors.

Stardoll is another virtual reality site where children can come together to chat and interact with friends in a personalised environment. However, Stardoll is alternative in that it focuses on fashion providing one with a celebrity doll and wardrobe of dressing with which to dress it. Each doll has a unique wardrobe which is updated weekly so the child is allowed a degree of self-expression. The target audience is girls and boys aged 13 upwards but once again the age restriction can be bypassed. As with all other virtual reality sites there is still the chance of sexual predators mingling with young children under false pretences.

Nick.com is the official website of Nickelodeon children's television network. This website provides children with links to different shows as well as options of related online games. There are also videos and competitions available on the site.

The Disney Channel website is the official site of this popular children's television channel. As with Nick.com, the Disney Channel provides links to different upcoming shows, games and online videos. While these sites are not generally utilised by older children and teenagers, they are frequented by the younger children for gaming purposes. Both Nick.com and Disney Channel are regarded as safe online environments due to the non-threatening aspects of the games and the strong privacy safeguards in place.

Club Penguin is a multiplayer online virtual reality game. It was designed by New Horizon Interactive and published by Disney Interactive as an off-shoot of the Club Penguin books. Children navigate the game as a penguin avatar interacting with others by completing activities and challenges together in the icy winter-set virtual world. While this is a free game, there are subscriptions available which allow one more items to personalise the avatar.

Tumblr is not a single website but a blogging platform. It is mentioned in this list as parents should be aware of the most popular blogging platform among teenagers and children in 2013. One this platform individuals can create blogs and publish posts on any topic they wish. This can be a great source of self-expression but can be highly dangerous with the chance of cyber-bullying from other bloggers. 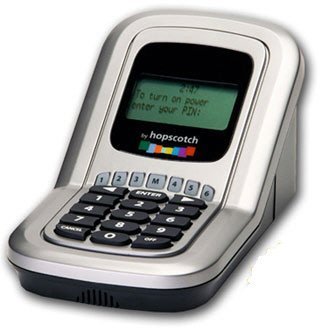