The 5 Muscle Groups that Chicks Dig the Most

It’s not surprise that a lot of women are turned on by muscle.  While this definitely isn’t true for all women, it is true for a lot.  Being attracted to muscle doesn’t necessarily mean you have to be in the gym and looking like Arnold either.  Simply being tone, in shape, and physically fit can sometimes be enough to come off as sexually appealing.

But what if a person doesn’t have a huge amount of time to be wasting in the gym?  What muscles or muscle groups should a person be working on in order to make sure that a he will grab a womans attention off the bat?  Since you don’t normally meet all people at the beach and with your shirt off, you may be surprised at some of the answers and muscle groups provided.

The chest is something that people seem to take notice to from a distance.  While this one comes most in handy once the shirt comes off, it is also one of the muscle groups that helps fill out some of the clothing.

Having a large chest can help your clothes fit better and possibly make your attire look more appealing to the right set of eyes.  This muscle group ranks low though because of its inability to be shown off under many circumstances and because of the fact that everyone just isn’t into the big chest.  Some people like the skinny’s.

Yeah, everyone likes the abs.  All women want to touch them, and all men want to have them.  I don’t care what you say, this is the truth.  You can deny it all you want, but when someone approaches you with no shirt and a ripped 8 pack, you know you’re not looking into their eyes.

This muscle group not only cries hard work in most cases, and it can also be one of the most difficult muscle groups to obtain and show.  While even the most ripped of body builders sometimes don’t have abs, this is a muscle group that each Skinny Minnie out there should find an excuse for flaunting.

Even though everyone loves the abs though, it still ranks a bit low on our countdown do to its level of difficulty to show off.  It comes as a task when trying to casually show off your abs over a casual dinner.

Yeah, this is a strange one right?  Who is attracted to calves?  The truth behind this one is that a lot of people pay close attention to calves whether they know it or not.  Having tone and muscular calves can say a lot about a person’s physical abilities as far as mobility is concerned.  This is a super tell tale sign of a persons physical fitness.

Not only do both men and women notice calves alike, they are a super easy muscle group to show off.  Unlike other groups, your calves will easily be shown of anytime you are wearing a pair of shorts.  This location allows these muscles to be casually shown off without any big headedness as exposing this part of the body is common among all.

FYI though.  Calves are one of the most difficult muscle groups to expand.  Hence the reason a lot of professional body builders have them implanted.  FUBAR.

Ripped fore arms is another thing people notice.  For some reason it seems that people have more respect for a tone set of forearms than they do a large chest.  And for some reason sometimes even the most ripped of people don’t seem to have tone forearms.

Like the calves, this is another grouping of muscles that is frequently and casually shown off at all times if wearing a particular style of clothing.  Each time you are wearing a short sleeve shirt or simply have your sleeves rolled up, your forearms are a portion of your body that seem to make a casual statement even when performing the most subtle of tasks.

Yeah, A thick neck.  Yeah.  That’s right.  Don’t believe me?  I bet you think of this article the next time you see someone with a huge neck.  The only thing that will come to your mind is, “HOLY SHIT DUDE.”

A thick neck can be one of the biggest signs of masculinity and is often associated with dominance.  Not only is this seen in the human species, but it can be witnessed in many other species as well.  Take for example whitetail deer and mule deer.  During the times of the rut and mating season, a males neck swells to almost twice the normal size.  This helps attract the females and aids in warding off any young bucks attempting to set their eyes on the prize.

A thick neck is also something that can be shown off all the time.  I don’t care if you are trying to cover up that thing with a turtle neck, your still going to look like an absolute beast if your neck looks like that of Clay Matthews. (The beast pictured above)  Even if you were to be completely out of shape, wear loose clothing to hid all other features and still prided yourself around with a thick neck, you would continue to look like an absolute beast.  Everyone is going to look at that feature and wonder what the hell you got going on underneath those clothes, and sometimes that’s the scariest thing.

So stop going into the gym and working on your biceps.  Not a lot of girls like/notice them, and not a single guy out there is going to be intimidated by them.  Unless your ambitions include winning some sort of local pub arm wrestling contest, or you plan on curling Umpa Loompas in your spare time,  start working on the things people actually notice about a person.  Staring into the mirror while doing your curls and pretending your a badass does not make you a badass. 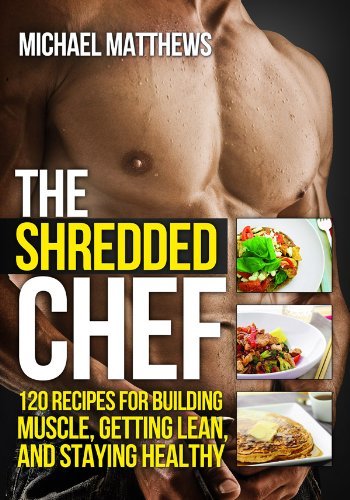 The Shredded Chef: 120 Recipes for Building Muscle, Getting Lean, and Staying Healthy (Second Edition)(The Build Healthy Muscle Series)Amazon Price: $14.95 $14.20 Buy Now(price as of Oct 3, 2013)
Next >> How to Infuriate Professional Musicians