Hi, thanks for reading my articles. I am Hannie Mommers, a graphic designer and visual artist, living in the Netherlands. And as most Dutch people I love to travel. My son had several foreign girl friends (before he finally settled down with a sweet Spanish/Colombian girl in Spain). Hence I traveled to their places, but also showed them my country. Which made me some kind of a tour guide :-)Â  If you want to know more about me, visit my facebookpage or my one-photo-a-day-website.Or download my free e-book 20 tips "How to get the most out of a visit to the museum". You can write your own articles for InfoBarrel too. Join us!
InfoBarrel is a writing platform for non-fiction, reference-based, informative content. Opinions expressed by InfoBarrel writers are their own.
InfoBarrel > Travel & Places > Places > Netherlands

The 5 Major Tourist Attractions in Breda, the Netherlands

Do you ever visit cities in the summer? I do. But because of the heat the best place to be for me is on a terrace in the shade, watching people go by. If I really want to explore a city I’d rather go in one of the other seasons.

I can recommend my hometown Breda in wintertime. The city is not very big - 180,000 people - and because of its small historic centre, it has a cosy atmosphere. It has been one of the cities of the Oranges, our royal family. A lot of the buildings still remind us of those old times.

The name is Onze Lieve Vrouwekerk, or in English The Church of Our Lady, but popularly it’s called the Big Church. The building is Gothic. In the 15th century, when it still was a Catholic church, the sacrament of the miracle of Nieuwervaart was moved to this church, bringing a lot of pilgrims to the city. And as you know people visiting mean more money coming in, and more money means bigger buildings. In time the alterations made the tower bigger and bigger till its present height of 97 meters.

Wrongly Beguines are sometimes thought to be nuns. Although they were devout women, they never took the vows. They benefited from living together, secluded and protected. In present days this gated area is restricted to female residents. Men are not allowed between 11 p.m. and 7 a.m.Can you believe how funny it was when the other day there was a fire alarm in the middle of the night and next to all these women there were a couple of shivering men standing in the herb garden? Times they are a changin’

The Netherlands were occupied several times by the Spaniards and in Breda they had their headquarters in the Castle of Breda. In 1590 we had our own Trojan horse: peat skipper Adriaan van Bergen hid soldiers under the peat and entered the castle for his fuel delivery. That’s where the name comes from, Spanjaardsgat, the hole of the Spaniards. The gap that emerged in their defense.

There is only one small problem: this gate was built in 1610. The ship sailed into the castle a bit further away.

Just outside Breda lies the castle Bouvigne. A Renaissance building surrounded by water. It is state property now, after being in the hands of the Oranges for several centuries. My mother, age 92, has very dear memories to this castle. She was a youth leader working for the Catholic organization that organized activities for young girls in the thirties.

You might have the impression there are only old buildings in Breda. Nothing is less true. Definitely visit the Chassé theater, built in 1995 by the famous architect Herman Hertzberger. There are two remarkable things about this building. One is the roof with its feminine curves. For the second sight you have to go inside. The neighboring building slides into this theater and adds a little piece of 17th century to this 20th century building.And since it is wintertime, you can warm yourself, visiting a show or a movie. 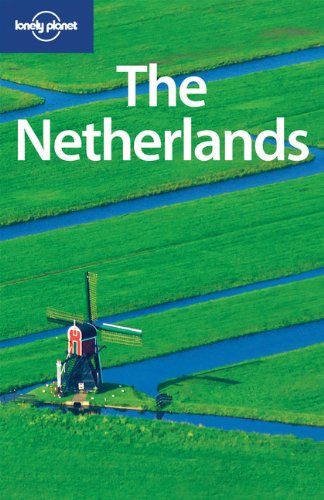