As well as being an avid writer, I am also an enthusiastic gamer, anime fan, movie buff, and love of all things strange. Being as I live with a boyfriend, I am also particularly knowledgeable about cleaning and cooking. You can join me in my adventure of writing for money here at Infobarrel. Sign Up today! Also, I wrote a book! Check out The Guild today!
InfoBarrel is a writing platform for non-fiction, reference-based, informative content. Opinions expressed by InfoBarrel writers are their own.
InfoBarrel > Technology > Gadgets

These days, technology isn't just at our sleeves, it is in them. Slowly, but surely, companies have been creeping towards a future right out of a science fiction novel. Hopefully, not one of those apocalyptic sort of science fiction novels that are so popular these days. When it comes to "wearable technology," the mind immediately drifts to the upcoming Google Glass that puts the internet right in front of your eyes, but that isn't quite out yet. However, there are a great many fun and functional gadgets that are already on the market. 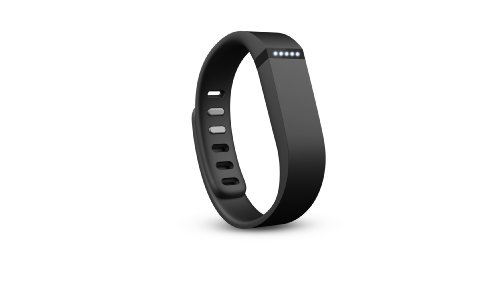 Fitbit Flex Wireless Activity + Sleep Wristband, BlackAmazon Price: $99.95 $95.00 Buy Now(price as of May 29, 2014)
By far the most popular area for wearable technology is in the area of fitness tracking. As of 2103, they accounted for 87% of the wearable technology and that doesn't seem like it will change much. While the Nike+ FuelBand is the most popular item on the market when it comes to fitness tracking, the Fitbit Flex is its number one competitor, stepping up their game by bringing more functionality than the Nike+ FuelBand. The device was designed to help motivate people to exercise more and, like the Nike+ FuelBand, it measures steps, distance, calories burned and minutes active. However, unlike the Nike+ FuelBand, it monitors how long and well you sleep, wakes you with a silent alarm (so as to not wake your bed partner) and can upload data to your cell phone where you can compare with friends. The wristbands are light, inconspicuous and comes in sizes befitting the daintiest or most robust wrists. 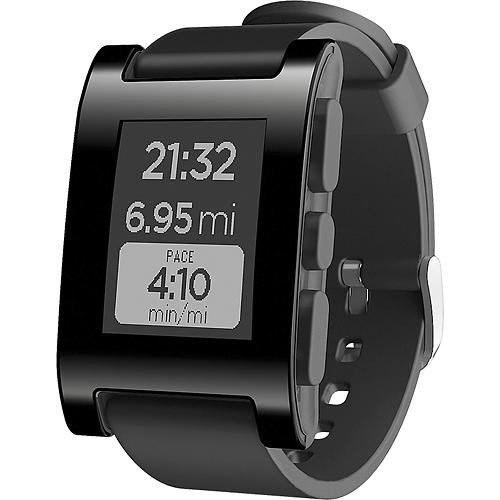 Pebble Smartwatch for iPhone and Android (Black)Amazon Price: $149.99 $140.02 Buy Now(price as of May 29, 2014)
While the cell phone may have signalled the extinction of the wrist watch, it seems that old wrist piece is coming back around with a truce with the cell phone. Smart watches sync with the user's cell phone so they can not only display the time, but show text messages, phone calls and play music. This handy new technology makes it so user's have to reach into their pockets less and can be safer while driving cars. While just about every phone provider has smart watches now (Sony, Samsung, Apple, ect.) the Pebble Smart Watch makes it so users don't have to choose. It is compatible with both IPhone and Android devices so that if users decide to change their phone, they will never have to worry about the compatibility of their smart watch. It is a handy investment for busy people who need to be in constant contact with their phone and those who love to get new phones. I mean, who doesn't like new phones? Sadly there are features like voice capability and fitness monitoring that no smart watch has yet to embrace, but in this growing market it is only a matter of time. 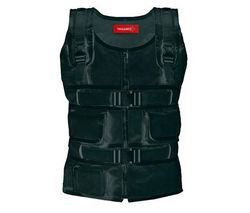 TN Games 3rd Space Gaming Vest - Large ( Black )Amazon Price: $160.65 Buy Now(price as of May 29, 2014)
While fitness track technology is the wearable technology king right now, gaming technology is the big up and comer. One of the most interesting gaming-themed wearable technologies on the market right now is the 3RD Space FPS Gaming Vest, which provides the ultimate FPS experience. This vest as eight active zones in which sync with your games so that when you take fire, you feel it. Bullets, explosions, diving into the dirt, you feel it all. It is not the same as taking bruise-inducing bullet fire as in a real Kevlar vest, but it provides a deeper level of immersion. The vest is especially helpful to the hardcore FPS fan as it helps gamers feel the direction of incoming fire so as they can easier hunt down and destroy their enemies. Unfortunately, it has limited game compatibility right now, but the company is making great strides to fixing that. Currently, they are looking to have compatibly with the upcoming Call of Duty: Advanced Warfare by its release in November 2014. The vest comes packaged with Call of Duty 2 and 3D Space Excursions. 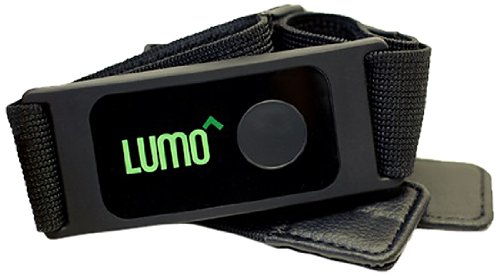 Lumoback Posture SensorAmazon Price: $149.95 $149.00 Buy Now(price as of May 29, 2014)
Lumo Back is a lot like your mother, it tells you to stop slouching because that is what's best for you. This is a device for those with bad posture that want to fix it, but are finding it hard to remember to sit up straight without their mother nagging them. The device is belted inconspicuously under your clothes on your lower back. When you slouch, it vibrates reminding you to fix that. It also can connect with your smart phone to keep track of your movements which then displays how much your posture is improving. The smart phone app also keeps track of how many steps you take, how long you are sitting, distance traveled and calories burned. When worn during the night, it also tracks how many hours you sleep and what position you sleep in, a useful feature for those trying to correct back problems. It is an excellent tool to avoid getting a hump bigger than the Hunchback of Notre Dame and actually shows how you are progressing. Being able to see when progress is made makes this an inspirationally useful tool. 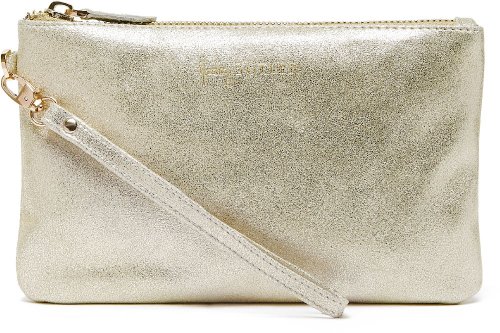 Handbag BUTLER "Mighty Purse" Charge On The Go Purse (Gold Shimmer)Amazon Price: $99.99 $88.00 Buy Now(price as of May 29, 2014)
There are two objects a lady cannot live without--her purse and her cell phone. Now, not only can your purse be a safe and stylish place to store your cell phone, it can also keep it well charged. These purses are only in limited styles currently, but as more companies acknowledge the popularity of wearable technology among women, they are sure to be a growing market. Especially considering how important cell phones have become and how quickly a battery drains. Users simply take their phone and plug into the USB port inside the purse to charge. These elegant purses contain hidden high capacity built-in batteries that can charge a dead phone to full in just an hour. Unfortunately, because they run on batteries, they do need to be recharged. So now instead of plugging in a phone when you get home, you have to plug in your purse. Though it is still as easy as plugging in your phone and having a portable way to recharge a cell phone is utility that cannot be ignored.
Next >> How to Love Your Roomba