The Answers to All Your iPhone Questions

Thinking about investing in one of the most popular handsets in the world? Then you might have a few questions before you pay big money to get yourself an iPhone, and today we're going to answer those questions. So before you shop, read on, to get some important answers that you might need...

Why are They So Popular?

iPhones have been popular ever since their release on the market around ten years ago. The biggest reason for the Apple device's popularity is probably that it just appeals to so many different kinds of customers. The fast processors and high end features make the iPhone popular with tech wizards, phone addicts and high end users and the efficient, easy to use scheduling software makes it popular with business users. The intuitive operating system even makes the iPhone a good choice for the less technically inclined, children and first time smart phone owners. Appealing to so many different customers has kept Apple's sales figures high. Plus, of course, it is a good looking mobile too...

Why Should I Buy One?

Just because a phone is popular doesn't mean that you have to buy one. However, fashion aside, an iPhone does make a good phone choice. It's a capable device, and it has great compatibility with many other kinds of software and programmes.  Access to the Apple App Store will give you thousands of apps to choose from. As is fast and powerful too, there really aren't many down sides to owning one.

Which Models are Available?

Currently, Apple are selling three iPhone models. The top of the line device is the iPhone 5, but the older iPhone 4 and iPhone 4S models are also available. You can occasionally find old iPhone 3 models online, particularly second hand models, but it's not advisable that you buy these. The iPhone 3 is just too out dated these days to run the kinds of software and programmes that you'll want and need.

The top of the line iPhone is the iPhone 5. However, the best deal for most users is probably going to be the iPhone 4S. Whilst the iPhone 5 has a couple of advantages, a bigger screen and a more powerful processor, it's probably worth sacrificing these and saving yourself a hundred pounds or so. The 4S has had a software update recently, and it now runs the same software version as the iPhone 5, and so has many of the same features. It's up to you, but the best deal does tend to be the 4S.

What about a Cheap iPhone 4?

Getting a cheap iPhone 4 isn't necessarily a bad deal either. Specs on the iPhone 4 are only slightly below those of the 4S model, and many users will be satisfied with the iPhone 4's performance. It is going to cost you a little over three hundred pounds brand new, making it the most cost effective model available.

Can I Get Contract Deals on Them?

Of course. Nearly all major UK operators have contract deals, with varying prices. Most deals are on the  5 or  4S models, and these contracts can be a good way of getting the iPhone that you want without having to find the full purchase price all at once. There are a few contract deals on the iPhone 4, mostly with Vodafone. However, when you compare deals on contracts they're pretty similar, so you might as well go with the better model.

Should I Buy a Second Hand iPhone?

These phones make good second hand mobile buys for a couple of reasons. Firstly, they're such highly popular models that there are plenty of second hand options, lowering prices and giving you a better chance of getting a model that's in good condition. But they also have such good build quality that it's unlikely that there are going to be any major problems with a second hand model. It's better to buy second hand from a reputable dealer though, rather than person to person selling, since there's less risk this way. Also, ask whoever you're buying from for the serial number from the back. On the Apple web site you can run this number through Apple's system and check to see firstly that it's a genuine product, and secondly that it hasn't been reported stolen.

What Accessories Does My It Need?

You can accessorise your iPhone however you want. It is a good idea to invest in at least a screen protector though. Since touch screens are very sensitive, and scratches can hamper your ability to use the screen probably, a screen protector is highly advisable. These are relatively cheap, thin sheets of transparent plastic that adhere directly to the screen of your phone. They will not impede your use of the touch screen in any way, and you probably won't even notice that they're there. Also consider buying a cover for your phone. A cover will protect the body of the phone from scratches, and may also help to protect your phone in case it's dropped or it falls. There are many other accessories that you can buy for iPhones, including speakers and stands.

Do I Need Insurance?

Insurance is always a good idea for a mobile phone, particularly one as expensive as an iPhone. Phones are easily damaged, lost and stolen, and having insurance will make sure that you're not out of pocket should any of these things happen. Apple sells insurance directly for them, but it's not the only option. Most mobile phone operators sell mobile insurance quite cheaply, and you can always go through a regular insurance company, though their prices tend to be a little higher. At the very least having mobile insurance is going to give you peace of mind, and in the worst case it will mean that you haven't wasted your money on a phone that was stolen after a few weeks. 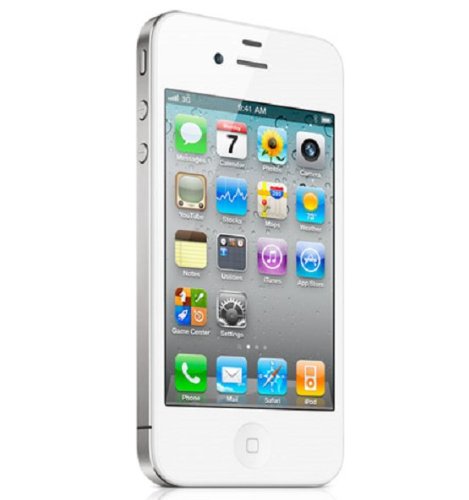