The Arrival of the Samsung Galaxy S4 Active

Is the Galaxy S4 Suitable for Me? - Review

The Samsung Galaxy S4 was one of the most anticipated phones in mobile history by consumers. It is a cracking phone with a 441 pixel per inch display and a quad core 1.9 gigahertz processor. It runs the Android 4.2 operating system beautifully with 2 gigabytes of RAM, and plenty of battery power to get you through the day with the 2600 milli amp battery. However, one feature was missing from the Samsung Galaxy S4 and was rudely exposed by the Sony Xperia Z

Of all the new features that have come on to the market in the premium end this year, the Sony Xperia Z has perhaps stolen the race. By making their phone waterproof to an IP level of 57, they have captured the imagination of the public.

Perhaps in response, Samsung people have announced the release of the Samsung Galaxy-S4 Active, a waterproof and rugged version of the Galaxy S4. It includes IP 67 certified dust and water resistance, which essentially means it can be dropped in water of up to a meter for 30 minutes and still survive. It’s also dust tight meaning that carpenters and other people who require a phone that is protected from both dust and water should consider this option. It is a little bit heavier than the S4 and also has a little larger footprint by around 5% bigger. However, the benefits of handling a phone that is more shockproof, and less likely be broken by certain, quite likely, scenarios really are worthwhile.

The Display on the Samsung Galaxy S4 Active

The new phones on the market these days are incredible. When you look at the mobile news related to displays, you’ll find that they’re going to get even better. It’s hard to believe that they can get much better than the S4 5-inch touch screen display with 1080x1920 pixels and a super AMOLED panel. It’s a fantastic display with clarity and depth that for me places it at the very top of the industry ahead of the Sony Xperia Z and indeed the HTC One.

The Camera on the Samsung Galaxy S4

One feature that is really going to make mobile news is the camera on the  Galaxy-S4. It is a lower megapixel camera at 8 megapixels, but it has the potential to take pictures underwater through its underwater mode. This is fantastic mobile news for anyone that enjoys swimming and snorkelling, as you’ll be able to take pictures with your device in the water. Bear in mind that the level of waterproof certification on the phone is only 1 meter depth, and therefore you should be careful when you are submerging the phone for prolonged periods.

Why the Samsung Galaxy S4 is so good?

The  S4 Active has a big 5-inch high resolution display with cracking pixel density. Its screen is perhaps the biggest plus when it comes to this phone. However, the high resolution camera of 8 megapixels is comparable to decent standalone cameras in the market, with the addition of the underwater mode that makes it a bit different from anything else out there on the premium smartphone scene.

There’s plenty of processing power with the four cores, and lots of RAM at 2 megabytes. You also have access to 4G connectivity through the Samsung Galaxy S4 Active, as you would expect with a phone of this cost. On top of this, you get near field communication (NFC) technology support, whereas you don’t have this on phones like the Apple iPhone 5.

The phone is water resistant and you can plug it in to your TV with an HDMI connector in order to watch your videos and internet TV from your phone to the big screen. It really is an incredible phone, and when you start looking at the negatives, you find it hard to find anything at all.

These days phones go out of fashion and specifications become outdated faster than ever before. Phones from last year in the premium end of the market are distinctly mid-range this year. There are very few that stand the test of time. However, the Samsung Galaxy S3 is one of the phones that has managed to do so and the Samsung Galaxy Note 2 is another. It’s no coincidence that Samsung are right there at the top of the industry in smartphones having produced two great phones that are still in the top ten best phones one year after their release.

Don’t expect it to be any different with the Samsung Galaxy S4 and the S4 Active. When you look at the mobile news in a year’s time, you’ll find that they are still right up there amongst the best phones in the market.

For me, the Samsung S4 is the best phone available on a contract and on pay as you go, so you can be confident to receive an excellent experience and enjoy this phone. With the Active version, your phone is far more protected than with the standard version, and considering the 24-month duration of contracts, it’s a good idea to go for the Active phone. The reality is that we all have accidents with our phones from time to time, and, at the very least, you should protect your Samsung S4 standard by buying a cover for it.

There are lots of really good flip covers purpose designed for the S4. You can find a colour to match the phone and they are normally made from premium materials. When you drop your phone, and you will, the cover may save you hundreds of pounds in repairs. Make the little extra investment and ensure your phone lasts the course of the contract. 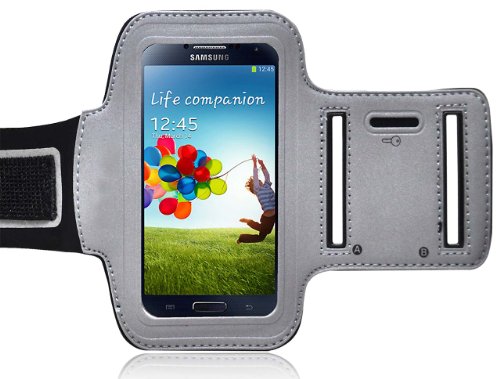