The story of Thor and the Avengers

The Avengers movie (and franchise) has, thus far, been a huge hit. Starting with Iron Man and including the first Thor Movie, many other Avengers movie and finally the composite Avengers movie itself, these comic book movies have made the popular Avengers characters household names.

The idea of the Avengers was simple. The earth occasionally faces dangers that no single superhero can defeat by themselves. Only by banding together into a band of superheroes are able to have a chance to fight back against this rising tide of evil. The group of highly powered superheroes are called the Avengers, and among them, the being who (arguably) has the greatest personal power is the superhero known as Thor.

This article shall discuss all things "Thor", from both his past, present and future in the movies, to his comic book history. Fan's of the blonde Asgardian cannot get enough of this fun superhero, so this article will try to give you just a bit more of his history and story.

Who is this Thor of the Avengers?

{Thor and Avengers movie SPOILERS in this section}

In the summer of 2011 Thor got his own movie. While the origin story told in this movie was not exactly the same as the one revealed in the comic books, it was close enough. Basically the Thor movie stated the following:

Thor is the son of a Norse god, Odin. He is extremely powerful and a hearty fighter but sometimes does not take the situations he gets into seriously enough.  Because of this, his father had sent into the earth without much of his powers, and without the use of his super powerful hammer Mjollner.

On Earth he was beset by the machinations and scheming’s of his magic using brother Loki. Ultimately Thor rises to the occasion in good triumphs over evil.

Perhaps more importantly, during his time on earth he is discovered by agents of Shield discovered his powers and origin and ultimately wants him to become part of the supergroup it is the Avengers, were designed to defend the earth against any opposition that a single superhero cannot battle alone.

In the Avengers movie, Thor is drawn into the Avengers, due to the machinations of Loki once again. He hunts down Loki, who is on earth doing some nefarious stuff.  All of this leads to his joining the Avengers and trying to thwart a global catastrophe on Earth.

All of this set's the stage for the next movie:  Thor: The Dark World. Which will have some action based on earth as well as on other planes of existence.

What is the History of Thor in the Comic Books?

The character of Thor was created in what was known as the Silver age of comic books.

In 1961 Jack Kirby and Stan Lee created Thor while working for Marvel comics. The character is loosely based on the actual Norse God of the same name. The character quickly became immensely popular due to his incredible strength and superhuman powers. He is one of the most singularly powerful of all of the Marvel superheroes.

Since that time there has been a long-running animated Thor television series, Thor trading cards, video games, toys and even Thor related clothing.  The character has proven quite endearing an profitable for Marvel enterprises.

There are even cool Thor plush dolls that are quite fun and amusing. (These dolls are made by a company called Funko and cover all the Avengers and most major superheros) -You know a character has, "made it" when they come out with cute plush versions.

In the comic books Thor has been in and out of quite a few “super groups”.  Part of the fun of this character is that it opens up an entire new world. Many of Thor's allies and enemies from Asgard get a piece of the spotlight in the Thor stories, both as allies, bad guys and sometimes even with minor side quests of their own. At one time or another he has been a member of Asgard, the Avengers, the Warriors Three, the Thor Corps and the God Squad.  But it is certainly his time in the Avengers is most remembered by his fans, and now an entire new generation of fans are being created due to Chris Hemsworth and his portrayal of the Asgardian hero. 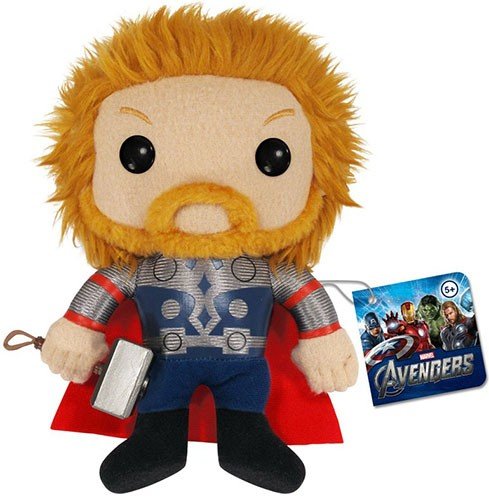 What about Thor in the movie?

In addition to the record breaking Avengers movie, A Thor movie based on a character and comic was released in 2011.  The movie was directed by Kenneth Branagh who has a history of creating Shakespeare movies, such as Henry V, Much Ado about Nothing, Hamlet, Love's Labor Lost, and As You like It. The movie starred the actor Chris Hemsworth. Chris had only had one notable role before Thor, and that was playing George T Kirk's father in the Star Trek reboot movie. But since that role, Chris has become a popular commodity in Hollywood, being seen in quite a few films.

Thor was an immense hit, and guarantee a sequel with it’s “hit movie” status. Thor 2 is currently undergoing final editing and will be released in November of 2013.  Marvel has also announced that an Avengers sequel is in preproduction. It will be a while before we see Thor in Avengers 2, but maybe we can hope for summer of 2015. It is likely that there will be further Thor movies and perhaps even further Avengers sequel with Thor participating before it is all said and done. 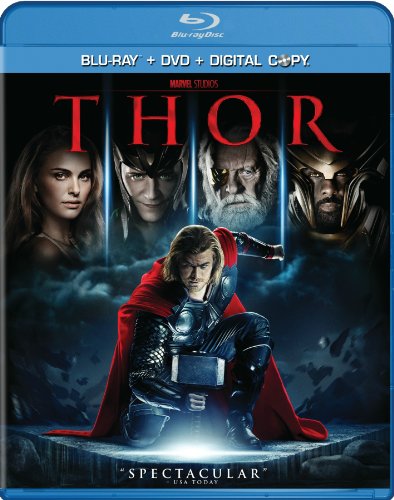 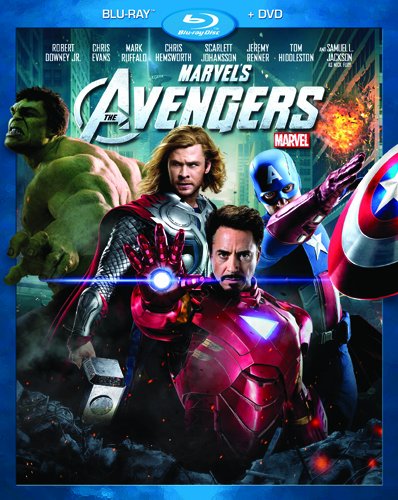 Marvel's The Avengers (Two-Disc Blu-ray/DVD Combo in Blu-ray Packaging)Amazon Price: $39.99 $17.50 Buy Now(price as of Jul 6, 2013)
Certainly the greatest comic book movie yet created. Funny, yet still jam packed with incredible action. A must see for any fan of the Marvel superheroes

What are Thor's Superpowers and Abilities?

In the movie a fair amount of Thor’s power comes from the use of his Hammer. In the comic book series, this weapon is also important but it is more about the focus of the power store already possesses.

But with or without his hammer, Thor is simply the most powerful character in the Marvel Universe.  Thor seems nearly immortal, having a lifespan far in excess of the normal human. Of all the Asgardian gods he is physically the strongest.  In first terms this makes  his physical power off the charts. Thor has such a high resistance to injury that he almost seems invulnerable to any sort of physical abuse. His senses are incredibly keen with incredible sight and hearing. Another of his essential superpowers is stamina. He could literally fight for months without quitting and has taken on powerful frost giants in hand-to-hand combat and won. Thor is basically immune to many forms of human toxins and poisons. He may be affected by toxins and poisons but consistent unnaturally clean them out for faster rate than normal human due to his unnatural stamina.

When using his hammer as a focus toward gains additional control over the weather and has some control over lightning and flying by spinning his hammer. The hammer also has the ability to be used as a ranged weapon. He is known to throw the hammer smashed things have returned to his hand.

All of these powers make Thor, without a doubt one of the most physically intimidating characters in the Marvel universe. He has the nearly the strength of Hulk with numerous added abilities and all his faculties.  This makes him particularly imposing and maybe part of the reason why he is such an incredibly popular character in both the Marvel comic books and in the movie versions of his tales.

Thor brings an extended family into the story.  Thor is an incredibly powerful godling.  But he is not the only one.  He is often on the bad side of tricks performed by his brother Loki.  IN the movie we see this in both the first film as well as in the Avengers movie.

But Thor is also often also assisted in many of his adventures by a group of warriors known as the Warriors Three. This group consists of Fandral, Hogun and Volstagg.  In many ways these guys are comic relief and have many of the traits of the Three Musketeers, except drawn on a larger scale.

Odin, Sif, Hiemdall, Tyr and many other comic book versions of the Norse pantheon of gods also make appearances in the comic books and sometimes even have adventures of their own.

It has been stated that the other Asgardians are going to be more developed in the Thor: the Dark World movie sequel, making for a huge amount of character development potential in the next and future movies.

Thor into the Future

For now we have to await more of Thor in the movie in the upcoming Thor II and ultimately the Avengers II. If this Thor sequel does well, there is no reason to suspect that the Asgardian superhero will not return for even more movies in the coming years.

Like this article? Find out more about Thor's Avenger buddy, Clint Barton (better know as Hawkeye)