Be the greatest version of yourself~ Damien is a full-time traveling entertainer that travels around the world whilst observes and learns the intricate workings of life. For more entertaining and insightful content feel free to check out my website and follow me on my various social media platforms.
InfoBarrel is a writing platform for non-fiction, reference-based, informative content. Opinions expressed by InfoBarrel writers are their own.
InfoBarrel > Entertainment > Music

It's the most common instrument in the world yet it can take thousands of hours of practice to master. With more notes than a piano, thousands of chord variations, complicated expressive techniques and broad spectrum of styles it can adopt, it's no wonder why this instrument is so popular and daunting at the same time.

The truth of the matter is that it doesn't have to be as difficult to learn as most people would suggest. There are always short cuts and ways to simplify the seemingly complex.

Generally speaking, there are essentially two ways to play a guitar:

Where as both essential methods take arduous hours of dedication, we will focus on the easier of the two, playing chords - whereas a chord is basically a group of notes played together (i.e. A + C + E) at the same time. Exploiting the very foundations of music, it is possible to play almost any song just by playing some simple chords.

The Axis of Awesome

If you have heard of the band 'The Axis of Awesome'[1] you will be familiar with the their song '4 Chords' which is actually a mishmash of 36 well-known pop songs in one song - using the same 4 chords throughout the one song!

Essentially demonstrating that if you learn only 4 chords you can play a large proportion of songs. Although it may not sound exactly like the original it provides a good foundation to start learning how to play songs on the guitar.

A Simple Analogy - The Building Blocks of Music

Using only 4 chords to play so many songs sounds a bit absurd however it's actually quite simple. To illustrate, imagine music as a continuous stream of notes (or sound) that is played one after another. Each note is like a building block that can be arranged in different ways and combinations to create different pieces of music (or melodies).

Music is arranged in such a way that there are fundamentally only 7 notes (i.e. Do, Re, Mi, Fa, So, La, Ti) or building blocks. This is the reason why knowing only 4 chords or building blocks can help you recreate so many different songs.

Similarly, computers or digital technology only use 2 building blocks (binary) i.e. communicating in 1s and 0's, however its the unique and extremely complex arrangements of these building blocks that create valuable information.

The Most Common Building Blocks of Music

The 'Axis of Awesome's 4 Chords' only relied on 4 building blocks, however we are going to go a bit further and cover 7 main building blocks of music. These 7 chords (or building blocks) will account for about 80-90% of the songs you will come across especially contemporary pop songs.

These are namely (in order of prevalence):

However, since very often the major and minor of a chord (i.e. E Major and E Minor) only differ by one note I will give both variations of major and minor for certain chords, giving you a total of 10 chords that will essentially help you play about 95% of the songs out there.

So you will be essentially learning the chords

By learning these 10 simple chords diligently it can make you look like a professional with minimal effort.

Note: Minors and Majors can be thought of different shades or flavors of the same chord.

Before we get started, you need to know a bit of terminology and referencing to help you understand what is being referenced. It may sound technical however it is very straightforward.

Refer to below for diagram.

How to Hold the Guitar Properly

This is method of holding the guitar is for right handed guitars (most common type). Refer to image below for clarification.

It should look something like the image below. The important thing is to feel comfortable and to be able to both strum and hold down the strings on the fretboard (neck).

Learning the 7 Building Blocks - The Most Common Chords

Learning these chords may take some time however in the beginning its a matter of slowly familarizing yourself with the frets, strings and the placement of your fingers. Take some time with each chord and keep practicing until you don't need to look anymore. Your fingers should automatically form the pattern needed to hold down the notes to create the chord.

Some of these chords may seem difficult, awkward or requires a wide stretch however with a little time your fingers will adapt quite easily.

Muted Strings: Strings with a red "X" marked on it means that when you 'strum' the chords you avoid strumming that particular string.

Barring: There will be times when playing chords you will need to "Barre" the strings. This involves using your index finger (generally) to cover all the strings along one particular fret. Refer to image below.

The A Chord: A Major & A Minor

2. Secondly, place your middle finger on the 2nd fret on the 3rd string

3. Lastly put your index finger on the 2nd fret on the 4th string

1. Firstly place your ring finger on the 2nd fret on the 4th string

2. Secondly place your middle finger on the 2nd fret on the 3rd string

3. Lastly put your index finger on the 1st fret on the 2nd string

The B Chord: B Minor

1. Firstly, for this barre chord place your index finger over the entire 2nd fret covering all the strings

2. Secondly, place your middle finger on the 3rd fret on the 2nd string

1. Firstly place your ring finger on the 3rd fret on the 5th string

2. Secondly place your middle finger on the 2nd fret on the 4th string

3. Lastly put your index finger on the 1st fret on the 2nd string

Note: Make sure you avoid touching the 3rd string when trying to reach the 1st fret 2nd string with the index finger

1. Firstly place your index finger  on the 1st fret on the 1st string

2. Secondly place your middle finger on the 2nd fret on the 3rd string

3. Lastly put your ring finger  on the 3rd fret on the 2nd string

1. Firstly place your ring finger on the 2nd fret on the 5th string

2. Secondly place your middle finger on the 2nd fret on the 4th string

3. Lastly put your index finger on the 1st fret on the 3rd string

Note: This chord is exactly the same configuration as the A minor chord however down 1 string

1. Firstly place your ring finger on the 2nd fret on the 5th string

2. Lastly, place your middle finger on the 2nd fret on the 4th string

1. Firstly, for this barre chord place your index finger over the entire 1st fret covering all the strings

2. Secondly, place your middle finger on the 2nd fret on the 3rd string

1. Firstly place your ring finger on the 3rd fret on the 6th string

2. Secondly place your middle finger on the 2nd fret on the 5th string

3. Lastly put your p finger on the 1st fret on the 3rd string

The key to playing the guitar is 'muscle memory' whereby your fingers automatically form the configurations that correspond to specific chords. It may sound a bit far-fetched especially in the beginning, however given enough time and consistent practice you will be able to play these chords without even looking at the fretboard.

Aim to practice shifting between these chords i.e. from an A Major to a F Major to a E minor etc. The more you practice the easier it will become and the smoother your transitions will be when you do play music.

Strumming is simply the act of striking the strings either in a downwards or upwards so that every single string is plucked in a quick sequential manner.

Although it may be easy to strum or stroke the strings, there is actually an art around creating a pattern that will be covered later on. For the purposes of playing chords we will only focus on very basic strumming patterns.

Before you strum the strings make sure you have formed the appropriate chord with your left hand. After forming the chord, you use your right hand to strum either in a upwards or downward motion against the strings (above where the sound hole is).

In the beginning, I recommend just ‘strumming’ the strings once every 4 counts slowly to get your self used to playing the chords. Now to change the chord simply change the chord configuration of your left hand and strum. You should produce a totally different chord now when you strum. Practice constantly changing your chords and strumming at the same time until you can transition seamlessly between chords (i.e. 4 counts or slow strums of B Minor then 4 counts of C Major etc.) Refer to the video below for more guidance on strumming.

Notes: If it doesn’t sound right, it usually means you’re either playing the wrong notes, or your fingers are not accurately placed – ‘muting’ or touching other strings. Be careful not to touch other notes or else the sound might sound distorted or muffled.

The guitar is an extremely versatile, rather compact and acoustically harmonic instrument which has made its tribute in almost every piece of music. Despite its seemingly complex arrangement, learning these fundamental chords will substantially simplify playing the guitar to the point that you can play almost any song with minimal effort.

With dedication and consistent practice playing the guitar will become not only be an enjoyable pastime but a valuable skill set that can be appreciated by many. 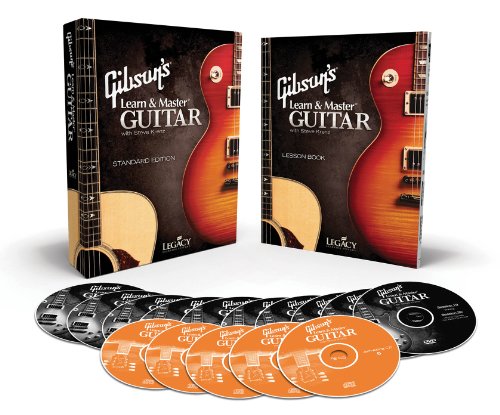 Gibson's Learn & Master Guitar Amazon Price: $149.00 $73.97 Buy Now(price as of Oct 13, 2016)
This helped me form the foundations of my guitar playing. A very comprehensive course with great tips and tricks for any level. 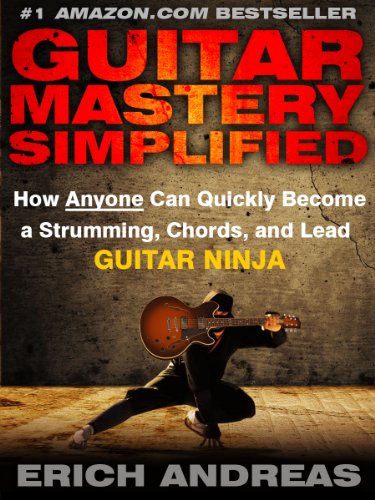 Guitar Mastery Simplified: How Anyone Can Quickly Become a Strumming, Chords, and Lead Guitar Ninja Amazon Price: Buy Now(price as of Oct 13, 2016)
Next >> Learn to Love Classical Music. Find Out What Amazing Songs You May Have Been Missing!