Do you have some knowledge to share? You can give others the benefit of your expertise and earn money at the same time. Sign up for InfoBarrel and join the friendly community here.
InfoBarrel is a writing platform for non-fiction, reference-based, informative content. Opinions expressed by InfoBarrel writers are their own.
InfoBarrel > Health > Exercise & Fitness

The Benefits of Dragon Boat Racing for Breast Cancer Survivors

In June 2010, the International Dragon Boat Festival (for breast cancer survivors) was held in Peterborough, Ontario, Canada. It was the third time such a festival had been held with the two previous events being held in Vancouver, Canada and Caloundra, Australia.

More recently the Canadian Cancer Society Manitoba Dragon Boat Festival took place from September 9 to 11, 2011. The Society expected over 130 teams to come together for a weekend of fun, entertainment and racing.

The national body in Australia is Dragons Abreast Australia.

Dragon boat racing has become a highlight for many women suffering from breast cancer. Teams wear pink and the spirit of the women shines through in the names they have chosen for their clubs. Peterborough’s team calls themselves Survivors Abreast, in Kentucky, the initial Kentucky dragon boat team is Kentucky Thorough-Breasts bringing to mind the racing industry which is so strong there.

In Auckland, Busting with Life has an active club. Their mission is:

Dragon boat racing is an aquatic sport which originated in China. The long canoe-like boats were used to move goods down shallow waterways. Originally made from teak, modern boats are made from synthetic materials such as fibreglass and polymers which means they are a lot lighter. A dragon boat team is made up of 20 paddlers sitting two abreast. They are kept on a 500 metre course by a person responsible for steering the craft. Co-ordination of the oars, hopefully, is achieved by a drummer.

Breast cancer is a devastating disease which will strike 1 in every 11 women over the age of 75. Men can succumb to breast cancer too but it is rare in men.

Breast cancer is a tumour in the breast caused by an abnormal and uncontrolled growth of cells. Survival rates are much increased with early detection. Treatment includes surgery, chemotherapy, radiotherapy and hormone treatment.

For most people, surgery comes first – either a lumpectomy which involves removing a lump and some of the surrounding tissue or a mastectomy where the whole breast is removed.

Radiotherapy destroys cancer cells by radiation; chemotherapy uses medicines for the same purpose while hormone therapy revolves around suppressing natural hormones which may be contributing to the disease. 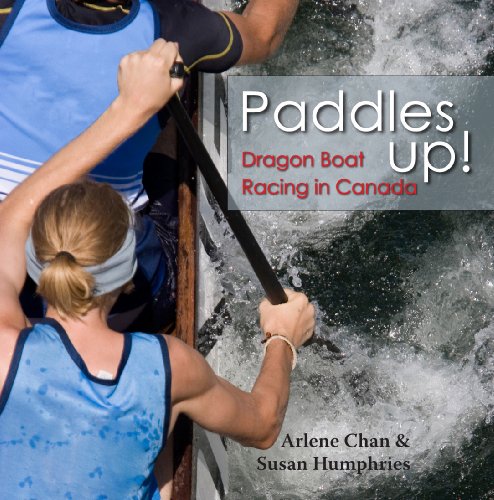 Paddles Up!: Dragon Boat Racing in Canada Amazon Price: $35.00 $18.71 Buy Now(price as of Sep 17, 2016)
An in-depth look at dragon boating from its beginnings to its modern-day. An authoritative volume.

However after treatment, many women go through a protracted period of uncertainty and depression. They lose contact with the medical support network which sustained them through their treatment but their anxieties and concerns remain. Any recommendations suggested by health care professionals tend to be on the basis of what shouldn't be done rather than what can be attempted.

For women whose active treatment has ended, the future can be a bit bleak with depression and a negative self-image playing havoc with a person's outlook.

At one time it was believed that repetitive arm movements could increase the likelihood of lymphedoema or tissue swelling of the arm area. Doctors were inclined to warn against any form of activity such as tennis, golf, even knitting. Lymphedoema occurs most often in patients who have had a mastectomy and an axiliary lymph node dissection. Lymphedoema is irreversible and occurs in about ¼ of all breast cancer patients.

In 1995, a breast cancer survivor consulted Dr Don McKenzie complaining of a sore shoulder. Don McKenzie is Director of the Allen McGavin Sports Medicine Centre in the Department of Family Practice. When he suggested some simple exercises, the woman expressed concern that the exercises might result in lymphedoema.

McKenzie was aghast at such thinking, believing that, far from being harmful, exercise was probably beneficial. McKenzie thought dragon boat racing would be ideal for breast cancer patients as it is non-weight bearing, safe, suited to a wide variety of ages and abilities, and psychologically positive. 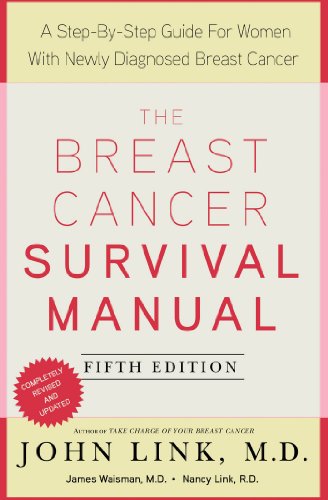 While any type of exercise is helpful in working upper body muscles, rowing strengthens the muscles and helps reduce lymphedoema.

As McKenzie was already involved in dragon boat racing, he persuaded a group of cancer survivors to take up the sport. From that small group arose a new activity which would soon spread throughout the world, bringing not only health benefits but friendship and camaraderie to the women involved.

Before long, there were four teams in Canada. There are now at least thirteen countries with dragon boat teams. McKenzie's studies confirmed his belief that exercise would not necessarily increase the risk of lymphedoema. In his rowers, no new cases were reported and existing cases did not become worse.

McKenzie was able to prove that repetitive upper body movement did not cause lymphedoema. This resulted in greater credibility being given to the benefits of exercise for cancer patients. Women all over the world give testament to the value of exercise in promoting a more positive self-image.

As the concept of dragon boat racing for breast cancer survivors began to spread, the formation of an international organisation began to be discussed.

In 2001, interested representatives from Australia, Canada and the United States met in Toronto. Contact was made with the International Dragon Boat Federation (IDBF) which co-ordinates and manages dragon boat racing world wide. In 2002, the IDBF announced it would hold races for breast cancer teams at its festivals. The first such event was at the World Dragon Boat Championships in Poznan, Poland in 2003. Finally, in 2010 at the Peterborough Festival, the member teams approved the Constitution and By-laws of the International Breast Cancer Paddlers Commission (IBCPC). Boat racing teams around the world now number over 100.

While the physical benefits of rowing are very helpful, the psychological advantages are probably of even greater benefit. The women feel a sense of identity and belonging when with their team mates. The group provides an additional support group apart from families. Participation and inclusiveness are part and parcel of the teams with competitive outcomes being secondary.

And simply by being out and about, the members spread the message of breast cancer awareness. For many survivors of breast cancer, the rehabilitation period is long and daunting. Joining a dragon boat group has immeasurable benefits by connecting people who are experiencing similar situations.