I am a retired teacher of English as a second language. I teach on line via Skype, and write on-line articles which reflect my love of travel, language, literature, history and culture. I love writing for InfoBarrel. Why not join me by signing up here: http://www.infobarrel.com/signup.php
InfoBarrel is a writing platform for non-fiction, reference-based, informative content. Opinions expressed by InfoBarrel writers are their own.
InfoBarrel > Lifestyle > Education > Preschool & Primary School

The Benefits of Phonics

Every parent wants their children to succeed in school and in life, and being a good reader is a crucial factor in academic success.

Because reading exposes children to new words and a wealth of information about the world, it increases their vocabulary and expands their general knowledge. At the same time it develops their imaginations and, by involving them in the lives of others, their capacity for empathy. In addition, reading exercises the brain and lays down new neural pathways, and so may actually help to increase the young reader's intelligence.

Credit: By user:Stilfehler (Own work) [Public domain], via Wikimedia Commons

While reading is a vital skill it is also a surprisingly complex one. An alphabet, such as the Roman alphabet used for writing English, is a code which uses visual symbols (graphemes) to represent the sounds of speech (phonemes). A child learning to read needs to figure out how to connect spoken sounds with symbols on the page. This process has often been compared to cracking a code.

There are two contrasting approaches to teaching children how to master this difficult but vital skill. The whole language or top-down approach focuses on meaning. Children who learn by this method recognize and memorize whole words by sight. As young children are able to memorize words rapidly, this method can enable them to learn to read very quickly. In the process, many children unconsciously acquire the rules of the code, which they then use to decipher new words.

In contrast, phonics is considered a bottom-up approach. Beginning readers first learn the relationship between spoken sounds and their written symbols. Then they learn how these symbols are combined to represent words on paper and how to sound them out based on their spelling. This involves the teaching of spelling rules. Where hard and fast rules do not exist, the student becomes familiar with groups of words that have similar spelling patterns.

Those who favor whole learning criticize phonics as an uncreative process of rules and rote memorization. They believe that by focusing on words and their parts phonics prevents young readers from understanding the overall meaning of what they are reading.

In addition, while critics admit that a knowledge of spelling rules can help students to "sound out" words, they also point out that phonics is of very little help with the illogical nature of English spelling.  When learning to read, students often find that one symbol can represent more than one sound, and one sound can be represented by different symbols. The letter "c" for example, can be pronounced like "k" or "s", while the "s" sound can be represented both by the letter "s" and the letter "c".

The chaotic nature of English spelling is clearly demonstrated by the existence of a multitude of homonyms.  These may be homophones, words that sound the same but are spelled differently, such as "to", "too" and "two", or homographs, words that are spelled the same but pronounced differently, such as "bow" which, depending on pronunciation, can be a way of tying a ribbon or  a way of greeting someone by bending at the waist.

The Benefits of Phonics

Unfortunately, if whole language learners fail to crack the code on their own they have no tools to decipher new words. Then as their school reading increases in difficulty they begin to fall behind their classmates. On the other hand, by introducing early readers to explicit rules and patterns, a phonics based curriculum provides them with tools which they can use to decipher  unfamiliar words.

While supporters of the whole language approach believe it is the best method to develop reading fluency, research indicates that fluent readers do indeed process the individual letters of each word. However, they do this so rapidly and automatically that they are free to focus on the meaning of what they are reading. Thus, many educators believe that in the long run phonics is actually superior to whole language for the development of reading comprehension.

In addition, phonics may help to develop thinking skills. Project Follow Through, a huge educational experiment conducted by the United States Department of Education in the 1970s, found that phonics-trained students demonstrated superior performance in the area of critical thinking. Linguist Barbara Birch believes that because English spelling does not always follow predictable rules, phonics training helps readers to develop the logical skills of probabilistic reasoning and reasoning by analogy.

Reading Through Phonics: From Sounding Letters to Sounding Words 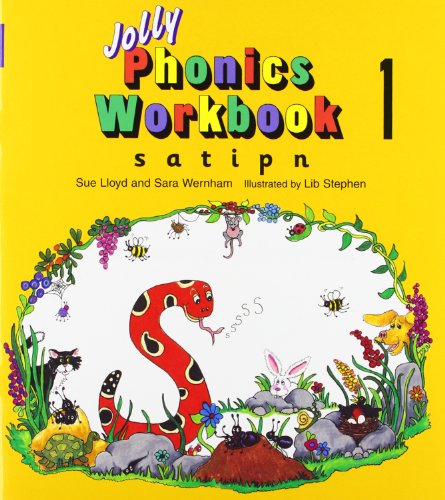 Phonics has been shown to benefit specific groups of students with particular challenges.

Dr. Birch advocates phonics for children and adults who speak English as a second language to change reading strategies they learn for their first language. For example, languages such as Spanish have transparent writing systems. With these systems, beginning readers simply have to learn that one symbol consistently represents one sound. On the other hand, English is an opaque system. One sound can be represented by several symbols, and one symbol may represent several sounds.

Some research indicates that phonics may also benefit hearing impaired children, and children with dyslexia. Magnetic resonance imaging (MRI) experiments have even demonstrated that phonics instruction can retrain the neural pathways of dyslexic adults.

The U.S. National Reading Panel advocates introducing phonics instruction in kindergarten or grade one, and believes it is most effective when taught explicitly and systematically. This means that teachers are given precise teaching instructions, and that phonemes are introduced in a logically ordered sequence.

Of course, because children have a variety of learning styles, phonics should be only one part of a complete, well-rounded reading program. It is believed, for example, that phonics may be most beneficial for auditory learners, while visual learners may benefit best from the whole language approach.

In addition, home support is extremely important. As a parent, you can improve your child's chances of becoming a proficient reader even before they begin school. You can help them to develop essential pre-reading skills such as matching, shape recognition, and language awareness. You can also encourage a love of reading and language by teaching your child to handle and explore picture books, and by reading them stories and rhymes.