The Best Android Phones on the Market in 2013

The Android platform is probably the best out there at the moment, with 700,000 apps and a really good user-interface that can be skinned by the different phone companies to get it right for individual phones.

Windows Phone, or simply, WP, is another platform – one that is basically sold as is, by Microsoft. Therefore, it should deliver the same experience, or thereabouts on all the phones that run on it. However, most users tend to gravitate towards Android rather than Windows – the latter being a relatively new OS addition in the smartphone segment. Here, we will look at some of the best phones on the market, including the Samsung Galaxy S4, the HTC One, the Xperia Z and ZL from Sony and the Google Nexus.

The Best of the New Phones: The HTC One

The best of these new phones is the HTC One. You get an amazing screen, Audio Beats technology and a beautiful aluminium body that feels “more priceless than premium.” The Sense interface is excellent, and it is zippy and snappy - even more so than the Samsung Galaxy S4. The speakers are front-facing, which does make a difference when you are watching and listening to videos and music. The camera resolution is certainly a notable feature, which makes smartphone experience all the more electrifying.

As new phones go, the Samsung Galaxy S4 was one of the most hotly- anticipated devices in the history of smartphones. It is a much better phone than the Samsung Galaxy S3 and has many enhancements such as the 5-inch display, which rivals the HTC One; many users even prefer the S4 to the HTC One. The superb TouchWiz user interface is miles ahead of the S3, and the 13-megapixel camera is the icing on the cake. Perhaps the only thing that goes against it is the fact that the performance can be more sluggish than you would expect on a phone that costs more than £500.

This phone from the South Korean manufacturer comes with a 5.5-inch screen. It is very similar in size to the Samsung Galaxy Note 2 but actually has a higher resolution display - yet a thinner body. The interface on the phone is not brilliant and needs some work, but all in all, the camera is excellent, and the experience is awesome on a phone that is, quite frankly, huge!

Sony Xperia Z is the phone for Europe while the ZL is for North America.  This phone competes favourably with any of the top phones on the market in terms of screen, performance and everything else. On top of this, it is waterproof to a level of IP67, which is a pretty impressive feat: that means, it can withstand being immersed in water to up to 1 metre! Notably, Samsung will be bringing out an ‘active’ version of the Galaxy S4 as one of their new phones in the near future. This is probably a reaction to Sony Xperia Z making their phones so sturdy and resistant to water.

This phone is one of the best value phones ever released. It comes with top specs and is chock full of innovation, as you would expect from a collaboration between Google and LG in the manufacturing process. There are newer phones in this model - in a white colour option - which really do look good.

Unfortunately, you do not get extra memory support in the form of a micro SD slot. For many, this will be a deal-breaker, seeing as you have limited on-board storage.

The Samsung Galaxy S3: As Good as Many of the New Phones

The Samsung Galaxy S3 is now 12 months old, but it still is a superb phone, competing strongly in the market. Its specifications allow it to stand up to user scrutiny much better than the iPhone 5 does. Although the S4 has improved upon it in many ways, the S3 is now priced in the mid-level region of the market, and is right up there as one of the top-performing phones in that price bracket. On a contract, you can get one for £20-25, which is really good value for money.

Make sure that you look at 4G enabled phones, or are given the opportunity to upgrade to 4G when it comes to the networks that you are considering. Otherwise, you will end up with a 3G phone that is incapable of getting the faster broadband speeds of fourth generation mobile internet technology. You will be left disappointed by the performance of your smartphone when other people are streaming movies at lightning speeds and you are left buffering!

When you are looking at new phones, it is not just the device you should be looking at, but also the contracts on which you can get them. Most of us have a budget when we go out and get a phone. So, it is important that we stick to it and do not just go for the top phone on the market, and possibly end up not getting enough data allowance or talk-time to suit our lifestyle.

It is a blended approach of ensuring that you get the best device you can, with the correct allowances for your particular needs. If you end up getting too little data or too few calls, you could end up with an extremely costly bill at the end of the month that will leave you wishing you had gone for a higher contract. If you do find yourself in a situation where you are on too low a contract, you can usually upgrade your contract. Speak to your network operator and find out what you can do in order to achieve better value for money on your phone contract.

A Note on 4G Connectivity

At the moment, 4G is available primarily on the upper-to-mid-range phones and premium phones. However, it will eventually cascade down to the lower-to-mid-range and the budget end of the market. We regularly see technology filtering down very quickly, especially in the smartphone market. 4G connectivity will offer speeds of around 8-12MB per second – if live results from Orange Broadband are anything to go by. It will offer upload speeds that are even better than many ADSL connections, with theoretical top speeds of 100MB per second.

We are hotly anticipating the coming of Vodafone, O2 and 3’s contracts for 4G mobile broadband. It will be interesting to see what levels of connectivity and stability they can provide on their mobile broadband. We are going to see an amazing leap in our ability to do things on our phones. With 40-50MB per second upload times, the 4G network really is going to set the world on fire, and help us to interact with our social networks in a way that we never have done before on our mobile phones. We will even get better performance than connected to most of our home broadband WiFi router networks. 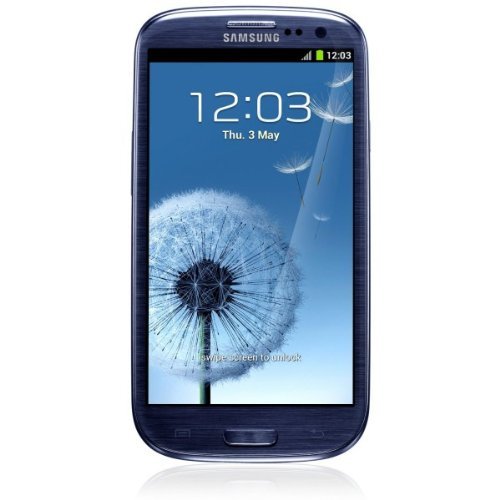