Most people nowadays are required to use their mobile phones for work as well as for pleasure. With constant connectivity being a necessity for so many of us, it's important that you buy the right phone that's going to be a good investment and reliable. Today we're looking at the top 10 mobile phones for business users. So, if you need a great new business phone, then read on to find out our recommendations.

What We're Looking for in the Top 10 Mobile Phones...

Business phones need to have high specs, and all of the top 10 mobile phones on this list are feature laden and get all As on their spec sheets. You want something that's fast, reliable, and easy to use as well (who has the time to read huge instruction manuals?). These models aren't going to come cheap, but if you need a phone for business, then they are going to be a good investment...

The HTC One isn't to be confused with any of the other HTC One models (including the One X), it's a brand new model and a stunning business phone. Of course, it's got a big screen and plenty of processing power. But what really makes this the top pick for a business phone is the user interface that HTC have laid on top of the Android operating system. There are no more home screen widgets or icons, instead these have been replaced by user designed news feeds. This means that you can get a constant news feed of your email box, Facebook, stock ticker or anything else that you want, and can see all your important info without even opening an app. And the scheduling abilities aren't bad either...

iPhones have always made great business phones, with their combination of easy to use operating system and excellent scheduling abilities and connectivity, and the iPhone 5 is no exception. You get all the features that you'd expect on an iPhone, but now they come with a bigger screen and more processing power. Plus, there's the option of up to 64 GB of internal memory, perfect for those that need to store lots of data on their mobile

Samsung's newest release is as high featured and fast as they come. With huge octo-core processing power, this speeding bullet of a phone is never going to let you down. The voice assistant is much improved on the older Galaxy S III assistant, and is a good substitute for Apple's Siri. And you get a full five inch screen as well, so reading emails in full is no problem at all. The Samsung Galaxy S4 is a great business phone option.

And this is the newest release from Nokia, a brand new Lumia. If you're looking for a Windows phone, and many business users are since it's so compatible with office software, then the Lumia 925 is the new standard. Larger screened and faster than its predecessor, the Lumia 925 also has a fantastic camera as an added bonus. The only downside is that you'll have to fit a cover for wireless charging, since it's not in built as it was in the older 920 model.

Another new release, this time from Sony. And the Xperia Z has massive power, as well as a huge, Gorilla Glass, scratch resistant screen. And it's splash proof too, so feel free to send emails in the rain. The Xperia Z is a classic business phone, and has great connectivity as well as being robust and reliable. The battery life isn't quite as good as it could be, but its speed makes up for that.

If you're looking for a good business phone that's a little cheaper than the rest, then take a look at the Google Nexus 4. It's got a ton of processing power, and a good sized screen, as well as plenty of internal memory. The build quality is nice, if not quite up to the standard of an iPhone or Samsung Galaxy. Again, the battery is a little lacking, but at this price we can forgive that. The Nexus 4 makes an excellent budget business choice.

We'd prefer a tad more processing power, but the Motorola Razr i is still a great buy. The screen is high resolution and bigger than that of the preceding model, and the user interface is exceptionally easy to use. Plus, you get more battery life than you would expect on a phone of this calibre and price, making for less phone charging. All in all, this is a solid business model, and its scheduling abilities are pretty good too.

Finally, for many users the huge screen on the Galaxy Note II make it a great choice for a business phone. A big screen means easy typing, as well as easier to read presentations and documents. It's a little large for true portability, but the processor and screen are second to none.

Treat Yourself to a Nexus 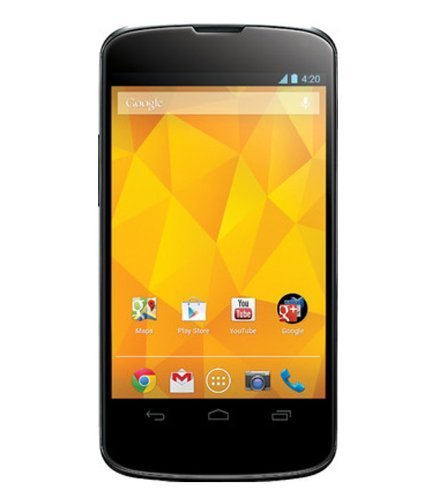