Matthew is the author of the book Battles of the Pacific War 1941 - 1945. This is a book that covers nine of the largest land and naval battles in the Pacific Theater. For further details, check out the book's blog ( http://battlesofthepacificwar.blogspot.co.uk ), Amazon ( http://www.amazon.co.uk/Battles-Pacific-War-1941-ebook/dp/B008YDCBBQ/ref=sr_1_1?ie=UTF8&qid=1345193117&sr=8-1 ) and Lulu pages.
InfoBarrel is a writing platform for non-fiction, reference-based, informative content. Opinions expressed by InfoBarrel writers are their own.
InfoBarrel > Entertainment > Games

Flight simulation games have advanced considerably, as a result of graphical advancements within the game's industry, which has allowed for fully fledged 3D landscapes and increasingly realistic game controls. With regard to home entertainment, the PC outstrips the console platforms when it comes to this genre. As such, when seeking the best simulator titles the PC does largely hold all the cards; but there is one notable console offering.

Microsoft provides the best simulator game in the form of Flight Simulator 2002. This is actually the best in a series of flight simulator games that they have made, dating back to 1982. Although not the latest, in terms of quality it has an edge over Flight Simulator X, which has a low frame rate.One look at the statistics this simulation has tells its own story: 21,000 operative airports and 12 flyable aircraft with a full-game installation of up to 1.5GB. Of the 12 flyable planes, it offers a Boeing 747 and an amphibious caravan along with a chopper, stunt plane and glider. You can also import aircraft from previous versions. With game options available, the control of these planes can be as easy or challenging as the user wishes.Graphically, it offers a big leap from its predecessors. The enhanced visual presentation gives much more realistic landscapes, and authentic cityscapes such as Hong Kong and Chicago. In many respects the 2002 version was a great leap forward for the series not just graphically, but more generally.

Flight Simulator 2004, a Centenary of Flight, is a unique title. Unique because it is a simulator game with a historical twist, celebrating centenary of flight. Unlike the 2002 version, it offers the chance to fly some famous and old aircraft such as the Wright Flyer or the Ryan NYP as well as the more modern Boeing passenger planes. Aside from that it is similar to the 2002 version, but with some new weather effects and GPS features along with tweaked sound and visuals. However, it is at least just as good.

Aside from the non-combat flight games available, perhaps the best combat flight simulation game is IL-2 Sturmovik. Another PC game, it is World War 2 simulator featuring the German-Soviet air forces in Eastern Europe. It looks good, with extra graphical effects like atmospheric lighting and weather effects; and the sounds provide distinct engine noises along with chatter by the German and Soviet pilots.The gameplay also delivers not just dog-fighting, but ground attack missions. The game provides 20 different missions, as well as a mission builder to offer some flexibility. And, of course, Sturmovik also provides multiplayer fun.The game has had a few sequels released. They are Forgotten Battles and Pacific Fighters, which focuses more on the American and Japanese air forces. The IL-2 compilation pack was also released in 2007, and raised the number of aircraft to 300 with 32 new planes and almost 200 new missions.

Aside from the PC flight games, which do tend to dominate, you can find a few notable console counterparts. Blazing Angels 2, on both the Xbox 360 and Playstation 3, might well be one of the best console flight games that you can find on the most recent platforms. It is also a flight simulator set in the World War 2 backdrop, although the history is 'what if' territory with regard to the storyline. The game has 18 missions, and the chance to upgrade your planes as you progress through the game. With polished presentation, and fun air fighting, you will be hard pressed to find a better flying simulation game on the consoles at the moment.However, in comparison to PC flight simulators the consoles are second best. Flight Simulator 2002 and the 2004 centenary edition are the best general flight simulation games along with IL-2 Sturmovik, which is the best combat flying game on Windows and probably on all formats. Console owners will not find many better than Blazing Angels 2. These games are the most highly recommended flight simulation titles, and provide the most enthralling flying you will find - aside from the real thing. So chocks away! 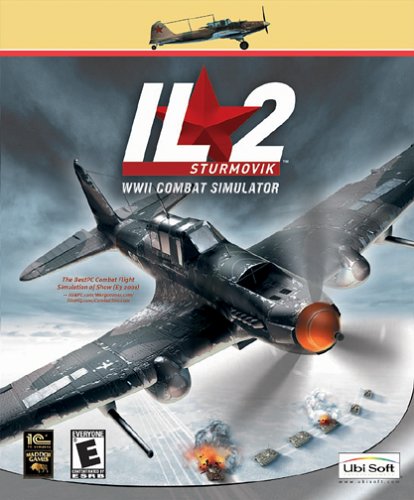