InfoBarrel is a writing platform for non-fiction, reference-based, informative content. Opinions expressed by InfoBarrel writers are their own.
InfoBarrel > Sports > Olympics

The Best Places to Run in London

Despite being one of the biggest cities of western Europe, London is surprisingly green, and those wishing to exercise while visiting the British capital will be pleasantly spoilt for choice. Running is a particularly popular activity, and whether you are an elite distance runner or an inexperienced jogger, there are plenty of choices for you.  So whether you're in London for shopping, business or sightseeing, don't forget to pack a pair of trainers. Not only will the open space offer respite from the busy streets, but running the trails will offer a great way to see the city.

Serious distance runners living in London will base themselves around Teddington and the extensive green spaces of West London.  Bushy Park, a large flat walled area opposite Hampton Court Palace, and it offers a variety of running options both on and off road.  Richmond Park, located just a few miles away, offers more challenging options. Keep an eye out for deer and other wildlife, as well as some of the world's elite runners who train here.

Visitors staying in central London have a large green area on their doorsteps.  The adjacent Hyde Park and Kenginston Gardens, are locate next to some of the city's main attractions, including Buckingham Palace, the House of Guards, and Westminister, and close to Oxford Street and the other main shopping districts.

There are paved and unpaved options arond the parimiter of the areas, and while the area can get busy in the afternoons, particularly at the weekend, fast workouts can be carried out. Cycling is also popular here, and Serpentine Lake, in the heart of the area, provides additional leisure options.

The area incorporating Hampstead Heath, Parliament Hill Playing Fields, Sandy Heath and Hampstead Heath extension is an extensive green area offering some of the best views of the city, and the best running options in the capital.  There are paved and off-road options, with a good variety of trails through the wooded section to the west of the heath.

East London, home of the the London 2012 Olympic Games, has a good variety of green areas. The pretty and well-kept Victoria Park, just west of the Olympic stadium, is a popular place to workout.  The wilderness of Hackney Marshes and Wanstead Flats provide welcome respite from the city.  From Wanstead Flats, you can explore Wandstead Park, and the lower extent of Epping Forest, a large deciduous forest that stretches north west of the city limits.  The area around the main Olympic venues has recently opened to the public, and offers additional opportunities to those who wish to exercise while visiting London. 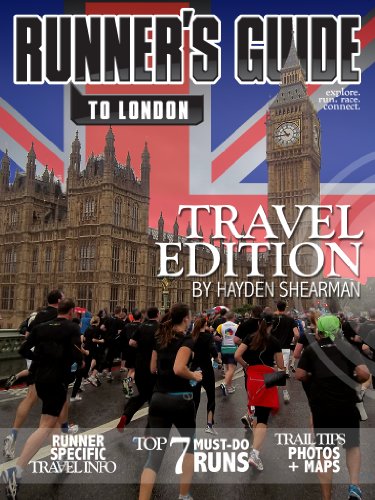