The Best Places to Visit in Tokyo

The Best Attractions in Tokyo

Check out these under appreciated gems in Japan's capitol

Tokyo is one of the world’s greatest cities. It offers everything that’s great about Japan - from amazing nightlife, great neighborhoods, and friendly people - with the excitement of a major city. The city is also the setting of many of Japan's great films and classic anime series. It has a reputation as a concrete jungle lacking the culture of other Japanese cities, like Kyoto or Osaka. But its size alone means that there’s something for everyone. The following are Tokyo's best attractions, with some of the most popular and less known locations featured.

Tokyo's varied neighborhoods have everything from nightlife to shopping and historical spots.  Japan’s capitol city also has serene gardens and parks for you to enjoy. One of the most well known is Ueno Park, which has small temples, hilarious street performers, and easy access to restaurants and shopping. For those looking for cheap hotels in Tokyo, Ueno and nearby neighborhoods have great options - from capsule hotels, to hostels, to business hotels.  Located in the northeast, Ueno is a bit removed from nightlike spots like Roppongi and Shinjuku, but the area is close to some premier tourist attractions - like the traditional temples of Asakusa.

Ueno is also close to Skytree, which is one of the most recently built attractions in Tokyo. Opened in May 2012, Skytree has a breathtaking view of the city and great shopping and restaurants. There’s also an aquarium that’s worth checking out, even if it’s a bit small and overpriced. The only downside is that it’s crowded and tickets sell out fast - on my last trip to Tokyo I couldn’t visit the observation deck, but still had a great time at the shops and aquarium. If you can’t make it to Skytree, there are also other towers, such as Tokyo Tower and the FREE Tokyo Metropolitan building in Shinjuku.

Universities in Tokyo are also great for a quiet stroll. You can also get a glimpse at where some of Japan’s brightest minds go to study. Tokyo University is Japan’s best college, and it's also a nice student neighborhood which provides the setting for some famous Japanese books (like Haruki Murakami’s Norwegian Wood). The last time I visited Tokyo, I checked out Waseda University - which also has a nice campus, some museums, and a beautiful garden nearby.

There are several interesting foreign neighborhoods in Tokyo, which are great for nightlife and restaurants. Being Japan’s most international city, it’s common to see Westerners and other Asians around. The most (in)famous foreign neighborhood is Roppongi, where many Westerners gather. Roppongi has some of the best nightlife in Tokyo, though it does have some sketchier areas as well, so proceed with caution. That said, while it’s dangerous by Japan standards, that still means it’s mostly pretty safe. If you want to avoid the seedier areas of Roppongi, the nearby Roppongi Hills is an excellent choice. Opened in 2003, Roppongi Hills is a high rise tower with apartments, businesses, and shopping - and some of the more upscale nightlife in Roppongi. Many expats who work in Tokyo come here to unwind.

Less exciting than Roppongi but still worthwhile is Shin Okubo, Tokyo’s Koreatown. Located near Shinjuku on the JR Line, Shin Okubo doesn’t have the same nightlife options as Roppongi, but it’s good for those wanting to check out some great Korean restaurants. Unlike Osaka’s Koreatown (Tsuruhashi), Shin Okubo contains a lot of recent Korean immigrants, giving the neighborhood an authentic Korean feel. (Osaka’s Koreantown population is mostly born and raised in Japan, which makes it feel very Japanese)

The Kantou region - where Tokyo is based - isn’t as famous for its sights as other parts of Japan, like Kansai (where Osaka and Kyoto are located). That said, there are still great options for day trips out of Tokyo. The most famous of these being Yokohama, which is a gigantic city in its own right (being the second largest city in Japan). It’s an amazing coastal city with history, shopping, and beautiful views of the coast. There are also smaller towns that are worth making the trek out of Tokyo for - such as Kawagoe, with some quaint temples, interesting festivals, and a local museum. And of course, who could forget natural wonders like Mt. Fuji, which is only sixty miles southwest of Tokyo.

As Japan’s biggest city, Tokyo is more than just nightlife and crowds - it has enough to do for practically anyone. You’ll never run out of things to do in Tokyo, and even the smaller, unknown neighborhoods and nearby suburbs have plenty to offer. 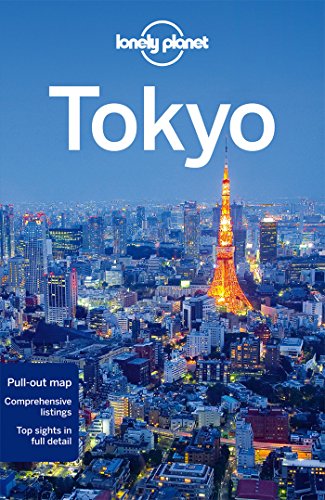