The Best Tower Views in Asia

One of my favorite things to do while traveling is to check out a building or tower that gives me a view of the entire city. Think The Empire State Building or the Rockefeller Center in New York City, or the Willis Tower in Chicago. They’re a common enough sight in any major world city, and they make for an excellent sightseeing experience that gives you a fantastic view, both during the day and at night. This article looks at some of the best tower views in Asia (The Tokyo Metropolitan building, Taipei 101 and Seoul Tower) each giving you a great look at the city as well as a few other touristy things such as decent restaurants.

When people think high spots and Tokyo,  most would probably think of Tokyo Tower. But did you know that there’s an even better view to be had in the Shinjuku area - for completely free? The Tokyo Metropolitan Building (Tokyo City Hall) is one of the best views you’ll ever get of Japan’s capitol city. Located on the 45th floor, - 663 feet high up - the Tokyo Metropolitan Building gives you a fantastic look at some of Tokyo’s most recognizable areas from above. It also contains standard tourist traps such as souvenir shops at reasonable prices.

There’s also Skytree, a more recently built tower somewhat similar in appearance to Tokyo Tower. Located in the Northeast part of the city (far from the Tokyo Metropolitan Building in the west), Skytree gives you a great view of famous neighborhoods like Ueno, and also has plenty of shopping, restaurants, and a nice (if slightly overpriced) little aquarium. It also tends to be very crowded, and in my experience tickets are often sold out. During my last trip to Tokyo, I tried several times to get observatory tickets but they were sold out each time. Still I was able to enjoy the shopping and aquarium with ease, and both proved worth it.

Tokyo Tower on the other hand, is decent - but too expensive for what you get, plus you have to pay extra to go to the top. It’s crowded, small, and the lines are too long - I found the wait wasn’t particularly worth it. Still an alright view of the city, but it pales in comparison to TMT or Skytree.

Taipei’s famous high rise tower is Taipei 101, an enormous building with an exterior resembling a house made of bamboo sticks. This tower is reasonably priced and provides an excellent nighttime view of the city, though lines - especially at peak times like evenings and weekends - can be particularly long. Taipei 101 contains a lot of great shopping and nightlife at its base - including one of the better known nightclubs in Taiwan. It’s also located in the fantastic Taipei City Hall area, which is known for its bars, nightclubs, and shopping. Taipei 101 is definitely recommended for anyone visiting Taipei.

Lastly we have Seoul Tower, also known as the Namsan Tower. This communication and observation tower is one of the most famous sights in Seoul, and can be seen in the background from many of the city’s downtown and central locations (as well as parts of the Han River). Opened to the public in 1980, Seoul Tower provides an excellent look at Seoul, but is a bit harder to access than the other towers in this article - you’ll have to take a bus to access the mountain that has it, plus do a bit of walking - but it’s more than worth it. Even at the bottom of the tower, the mountain still gives you a great view of the city. Seoul Tower also has the typical souvenir shops, restaurants, and other amenities, plus some interesting local lore. Many young  couples in Seoul put locks on one of the fences in the mountain, as a way of expressing their affection for each other.

Towers and observation decks are a common, yet great tourist attraction in many major cities in the world. Many of the best in Asia have a lot in common - such as your typical observation decks, restaurants, and souvenir shops - but each gives a fantastic, unique view of the their cities that can’t be seen anywhere else. 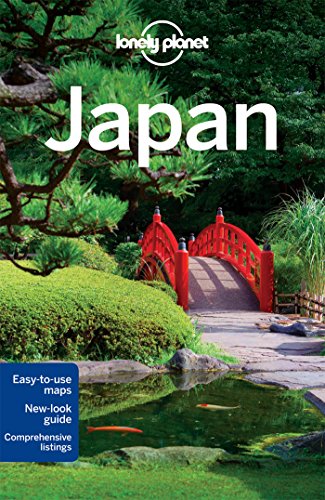