More of Renee Dillon's work can be found at ReneeDillonArt.
InfoBarrel is a writing platform for non-fiction, reference-based, informative content. Opinions expressed by InfoBarrel writers are their own.
InfoBarrel > Entertainment > Games > Computer Games

Binding of Isaac is a top down RPG shooter made by Nicalis Inc, with randomised levels and enemies. The story centres around Isaac, a cute little round headed kid, whose mother hears the voice of God. When Mom is ordered to kill Isaac as a sacrifice to God, he escapes down a secret trapdoor into the basement, where he must fight off nightmarish monsters using his own tears as projectiles. So, you might say that, despite its cutesey graphics, this is one game that gets a little dark.

The player progresses through each randomly generated room, destroying each enemy before he can move on. Drops such as keys and bombs allow the player to find hidden rooms and unlock doors and treasure chests, and pennies can be gambled or spent at shops. Each level contains a boss room, which Isaac must defeat in order to descend to the floor below, away from the clutches of his crazy mother.

The game is filled with biblical and religious references, including the Four Horsemen of the Apocalypse, unlockable characters such as Eve, even Satan himself. Nintendo denied the developer, Edmund McMillen, a license to sell the game on the Nintendo 3DS for the reason of "questionable religious content".

The game offers variety with an almost endless assortment of items. Some items have an activated effect which recharge after clearing a certain number of rooms. Others increase or decrease stats such as speed, tears, health, damage and range. Pills or tarot cards offer a one time bonus or ability. Once a treasure has been unlocked by completing a task or advancing past a certain part of the game, the item will be unlocked and available to find in future runs. 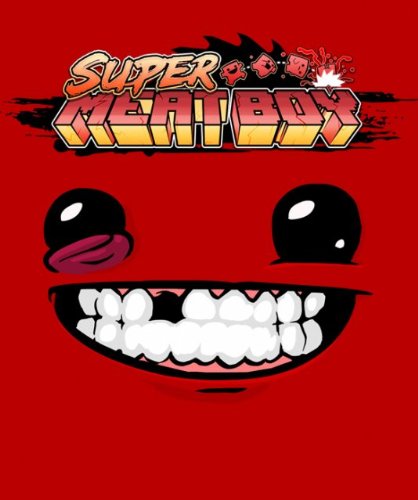 McMillen has also been responsible for several other games, including Meat Boy (2008) and Super Meat Boy (2010). His next title, Super Meat Boy Forever, was announced on August 29th, 2014. Meat Boy is referenced in Binding of Isaac, and he can be unlocked as a familiar by collecting the cubes of meat from the Harbingers (or the Four Horsemen of the Apocalypse).

Wrath of the Lamb was a DLC expansion that was released on Steam on May 28th, 2012. it added several achievements, 34 secrets, additional or alternative levels and new monsters. Several rooms were added, including the Angel Room, the Curse Room, the Sacrifice Room, the Boss Challenge Room and the Library.

The original game, like most of Edmund Mcmillen's earlier titles, was made in Flash, which resulted in some minor gameplay issues, however it was completely remade in its own engine and rereleased as The Binding of Isaac: Rebirth on November 4th, 2014. Some content that was cut from the original version due to flash limitations will be released with this new version. Rebirth will feature two player local co-op, the ability to save and quit, easy and hard modes, controller support, more modding support and a Faith stat that affects the chances of an Angel Room spawning. Three new playable characters have also been added to the lineup.

The rogue like elements and randomly generated levels provide excellent replayability. Weapons and items combine in interesting ways to change the way you approach each room. So if you don't mind a little highly stylised cartoon gore or some crude humour (the word "poop" features heavily in the store page on Steam), The Binding of Isaac: Rebirth might be an excellent addition to your video game collection. 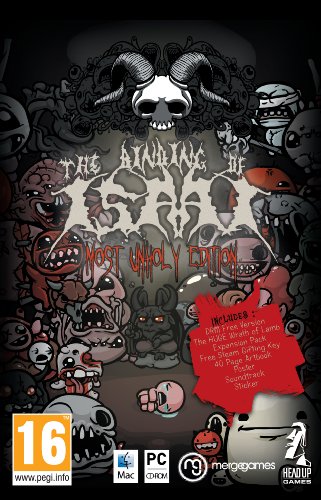