The British Peerage and How It Works

During the 10th and 11th centuries, England was divided into several administrative areas. The borders of these areas were largely decided based on those of historic kingdoms that existed on the land prior to the creation of the Kingdom of England.[1] Often referred to as 'shires', these regions would be presided over by a man holding what would become the title of 'Earl'. With the title came privileges such as landownership and the chance at earning a major income from it. However, it also came with duties such as making sure that their designated area prospered. As time went on, more titles were created. Some of the specifics as to how early Earls became so may be lost to history, but at least in succeeding years they would be selected by the reigning monarch. The title would often be passed on through the following generations of their families, typically beginning with their eldest sons.

After the establishment of the House of Lords (the upper house of the British Parliament), all peers were automatically granted membership. Currently, only a select group of peers are still granted the same right. Many other alterations have been made to the system as time has passed. Though it had happened on occasion in the past, what are known as 'life peers' began being regularly appointed to the House of Lords in the 1950s. Life peerages are not passed on to following generations.[2]

Several British Prime Ministers have been peers. Most recently, Alec Douglas-Home was the Earl of Home and a member of the House of Lords when he became Prime Minister in 1963. After assuming his new responsibilities, he gave up his earldom and left the House of Lords to run for (and win) a seat in the House of Commons, the lower house of the U.K. Parliament. He had previously been a member of the House of Commons on two separate occasions. Upon Douglas-Home's passing in 1995, the title of Earl of Home was given to his son, David.

1. Duke and Duchess - Based on similar ranks in other countries, dukes and duchesses rank only below the reigning king or queen.[3]

2. Marquess and Marchioness - Arguably the rarest of these ranks, they are similar to marquis and marquise in France.

4. Viscount and Viscountess - Also similar to ranks found in other countries, they seem to have been created in the 15th century.

5. Baron and Baroness (England, Wales, Ireland)/Lord and Lady of Parliament (Scotland) - Baron and baroness are again similar to foreign ranks. To date, they are the only ranks that have been granted to life peers. 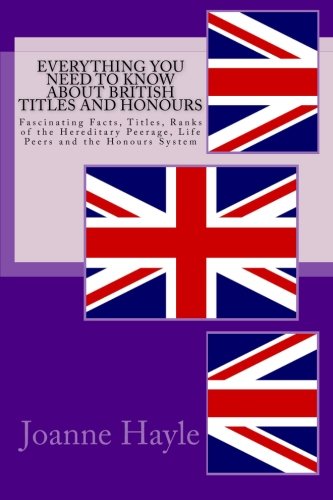 Everything You Need To Know About British Titles And Honours: Fascinating Facts, Titles, Ranks of the Hereditary Peerage, Life Peers and the Honours System Amazon Price: $10.49 $7.99 Buy Now(price as of Jul 15, 2016) 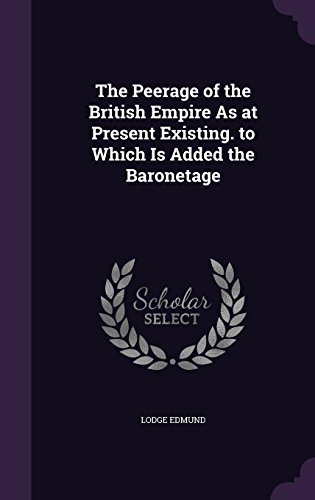 The Peerage of the British Empire as at Present Existing. to Which Is Added the Baronetage Amazon Price: $29.95 Buy Now(price as of Jul 15, 2016)
Next >> Notable World Leaders Who Weren't Natives of the Countries They Led