Budgerigars are native to Australia.[1] They are a species of parakeet (smaller-sized parrot). An English zoologist and botanist named George Shaw has been credited with discovering the budgerigar in 1805. They emerged as a popular type of pet in roughly the 1850s after one was first brought to Europe by English ornithologist John Gould in 1840. Often referred to as 'budgies', the exact origin of the name seems to have been lost to history.

Budgies can be found in several different colors and patterns.[2] The most popular major colors among domesticated budgerigars are blue, yellow and green.

The wild variety of the species tends to be smaller in size than their domesticated relatives. Budgies on average weigh less than 1.5 ounces and have a wingspan of 10 to 14 inches. Their beaks continuously grow, leading them to chew or shred objects, apparently in an effort to keep them at a manageable length.

Budgerigars tend to be active and playful. Like many other parrots, they are known for being very intelligent and can often mimic human speech. This can also mean that they can be trained to do a number of activities.

Wild budgies are known to be nomadic. Their flocks are usually, but not always, small. Unlike most other types of birds, they don't build nests.

They generally mate for life and behave affectionately towards their partner. Females often allow their male counterpart to help in the caretaking of budgie hatchlings. In certain cases, a mother without a partner or an overwhelmed pair will allow another pair to act as foster parents to one or more hatchlings. However, budgerigars can at times show aggressive behavior towards hatchlings and eggs. Adults, usually females, can display territorial behavior towards each other and towards others of the opposing brood.

Domestic budgerigars should be kept in a large cage. Perches are necessary and should be a half-inch or more in width and made from natural wood. The number of perches depends on the size of the cage, as too many in too small of a space can be dangerous for the bird or birds. A safe chew toy should be available to them in order for them to tend to their beaks. Other safe toys may be good for them as well. They should also have access to fresh water, seeds and a mineral block. As they are social animals, it can be good for them to live in pairs, though having multiple females together in a cage may not be advisable. A lone budgerigar that begins to excessively pluck their feathers is often a sign of boredom and loneliness.

Food that can be good for budgerigars include certain types of vegetables, grains, legumes and nuts. However, they should *not* consume items such as cabbage, chocolate, garlic, grapefruit, lima beans, lemons, navy bean sprouts, onions, plums, potatoes, rhubarb or any food containing lactose.

Some budgies have been recorded as living for 20 years. Hatchlings have few defenses and can be very vulnerable to a number of issues.

Budgerigars are particularly prone to tumors.[3] They can also be vulnerable to bumblefoot, a condition that can begin with a foot infection or inflammation and eventually lead to a bone infection. Another possible issue is their susceptibility to psittacosis, sometimes referred to as 'parrot fever', an infectious disease that is very contagious among birds and can also be caught by humans. Budgies can also catch and spread French Molt, a condition that can result in the loss of their feathers. Other common ailments include conditions with their thyroid, legs, eyes, vent and beak. 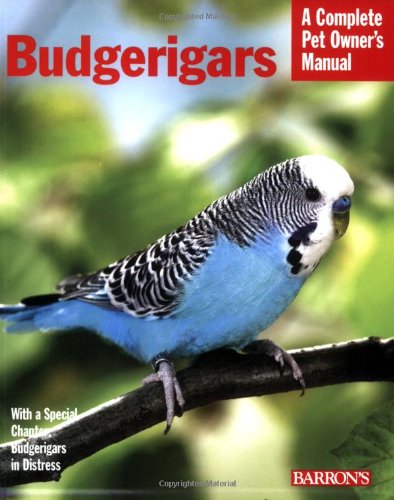 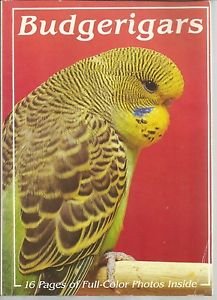