The Chantecler chicken breed is endemic to Canada and is the only national poultry breed of that country. In 1910, Rostand, a French poet wrote a fable about a rooster called Chantecler. Chantecler fell in love with a golden pheasant.

The Chantecler was created early in the 20th century when a Trappist monk, Brother Wilfred Chantelain, was in Oka, Quebec at the Abbey of Notre-Dame du Lac. Brother Chantelain was also a Doctor of Agronomy. In 1908, after realising all the chickens at Oka were either European or United States breeds, he set out to create a unique Canadian fowl. Nine years later he had perfected the Chantecler.

Brother Chantelain wanted a dual purpose breed that was well suited to survive a cold climate. He experimented with a number of breeds before he was able to achieve his aim. He wanted a white bird as meat from white chickens attracted higher prices at market so he started with Cornish cocks and crossed these with White Leghorns. Chantelain hoped to get small combs and wattles (less likelihood of frostbite) from the Cornish and good egg production from the White Leghorn. He also crossed Rhode Island Red cocks with White Wyandottes. From this mating he got a cock with Columbian Wyandotte colouring but when mated with females from the Cornish/White Leghorn group the production qualities he was seeking were missing.

Eventually, after more crossing with White Plymouth Rocks and a massive amount of culling, the Chantecler was established. It was a fleshy, chunky bird that also had good egg-laying qualities. In 1918, an association was formed. Strict procedures were set up regarding breeding and ownership. The First Canadian National Poultry Conference was held in 1919 and the White Chantecler attracted a great deal of interest. In 1921 it was officially declared a breed. 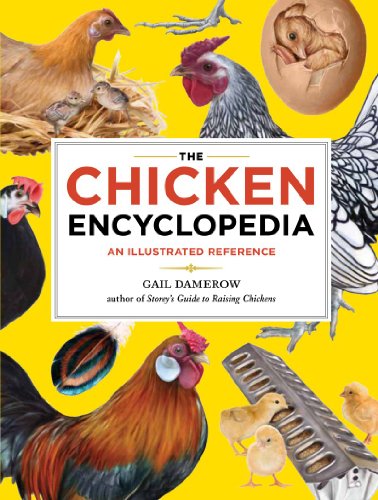 The Chicken Encyclopedia: An Illustrated ReferenceAmazon Price: $19.95 $11.09 Buy Now(price as of Sep 23, 2013)
The Chantecler is the only chicken breed developed in Canada. A description will be found in this comprehensive volume.

The Chantecler of Today

The Chantecler lays quite well. Averages of 200 to 210 eggs per year are cited. The eggs are large and pale brown eggs and weigh from 58 to 60 grams. The bird is a quick grower and is economical to keep. When killed for the table, the thighs and breasts are fleshy and juicy. It is a large bird with cocks weighing around 8.5 pounds and hens between 6.5 and 7.5 pounds. There is a bantam strain with birds weighing between 30 and 34 ounces.

The Chantecler is white although there is a Partridge variety which was developed after the white and accepted as a breed in 1935. It is said to be better suited to free range conditions than its counterpart. The beak and skin are yellow. Although the plumage has a lot of fluff, it lies tight against the body. Profuse feathering falls on to the shoulder. The cushion comb and wattles are very small. The wattles are connected by a small dewlap. The small comb and wattles lessen the risk of frostbite and the Chantecler is exceptionally tough, coping with the coldest winters. It is a gentle, friendly chicken and is easy to tame.

It has a rather elongated but deep body which slopes to the tail. The head is short and broad with round, red-brown eyes. It has a short, powerful beak which is slightly curved. A bright red face is offset with small, oval, off-white ear lobes. The back is long and broad and leads to a medium length tail. The tail is carried about 30 degrees above the horizontal. The deep, well-rounded breast is carried well forward. The thighs become well developed as the legs are set wide apart.

Although a handsome creature, the Chantecler is not especially popular as an exhibition bird. There are small flocks on farms in and around Quebec. The breed is also found in the United States. In 1999, the Chantecler was declared a provincial heritage animal. The American Livestock Breeds Conservancy lists the breed as ‘critical’. 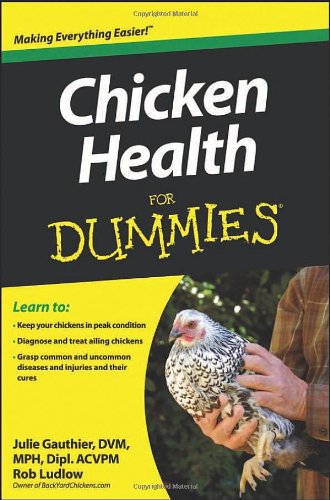 Chicken Health For DummiesAmazon Price: $18.99 $9.74 Buy Now(price as of Sep 23, 2013)
This volume will tell you all you need to know about raising happy and healthy chickens.
Next >> Zika: The Warnings About Wolbachia and Culex Our Health Authorities are Ignoring