The Cheapest Way to Get a Mobile

Looking to get bargain prices on a new mobile phone? Today we're telling you all the ways you can save on the ticket price of a shiny new phone. And we're even ranking the results, so you'll know which methods are likely to get you the best (and most reliable) deals. So, if you're in the market for a new mobile, but you're running low on cash, check out our list of the best cheap way to get the phone that you need...

Coming at the top of the list are refurbished phones. These might not be the cheapest deals around, but they are the best deals, basically because you're getting an essentially brand new phone for a bargain price. If you don't know what refurbished phones are, the idea is pretty simple. A customer buys a phone, decides he doesn't want it and returns it. The phone is sent back to the factory, where it's cleaned and rebooted and given a full technical inspection to make sure there's nothing wrong with it, and then it's resold as a refurbished model. However, the phone generally hasn't even been used, and in appearance and functionality is will be exactly the same as a brand new mobile, except that you'll get a healthy discount. You even get a warranty on a refurbished phone, and you can't say fairer than that.

There are a couple of reasons that the rather broad category of online shopping comes second on the list. Firstly, shopping online gives you the chance to comparison shop, making sure that you get the best price on the product you want to buy. Most price comparison web sites will even look for special deals for you. Secondly, buying a mobile online is likely to get you a discount. Online retail has lower overheads than physical retail, and that means that sellers pass some of the savings back to you to encourage you to shop online. If you're careful, and you do your research, shopping online is one of the most likely ways that you're going to get a good deal.

And at number three we have reconditioned phones, not to be confused with refurbished mobiles. A reconditioned phone has been used. In fact, it's probably been used quite heavily since these are usually rental phones that have been returned at the end of their lease. However, they are sent back to the factory where, like refurbished models, they're cleaned, rebooted and have a complete technical inspection. This inspection means that buying reconditioned is a lot less risky than buying second hand. The phone will get a software upgrade if necessary, and any worn or broken parts will be replaced, generally including the battery. You might see some cosmetic issues, such as scratches, on reconditioned mobiles, they won't look new. They will act new though, and that's the important part. And obviously they're even cheaper deals than refurbished mobiles are.

You might be surprised that incentive contracts don't come higher on the list, but there's a good reason for this. Incentive contracts are signed with mobile operators, and you get a calling plan for service as well as a free or low price mobile phone. If you have zero cash, this is a great way of getting a phone for nothing. The small problem is that over the course of your mobile contract you are going to end up paying more than the market price for the phone that you get. Sometimes significantly more, sometimes just a little. This is because you're paying for the convenience of buying a phone in instalments without putting down money up front. In general, mid-range phones will be better deals on incentive contracts than budget or high end phones will be. But it's a good idea to do the math and figure out exactly how much more you're going to be paying for that phone before you sign up.

Yes, an incentive contract is a kind of instalment plan, but you can also get payment plans from many major electronics retailers. The down side of these plans is the same as for incentive contracts: you'll pay a little more than market price. And unlike incentive plans there's a high chance that you're going to have to put down at least some money up front. However, you don't get locked into a mobile service contract at the same time, which might be a benefit for some people.

Last on the list we've got second hand phones. There are some good deals on second hand mobiles. The problem is that buying second hand is a big risk. You have little idea whether or not you're buying a decent hand set, and there's a high probability that the phone hasn't been technically inspected. If you can, you should always buy second hand in person, giving you the chance to look the phone over before you part with your cash. You'll want to check for surface dents and scratches, and for dead pixels on the screen. Always take your SIM card with you, that way you can turn the phone on and make a call, send a message and connect to the internet to make sure that everything works as it should. You won't be able to check for things like battery life, but that's the risk that you have to take. You can check for possible internal damage in one way though. Take a photo with the phone and examine it, are there any blurred or distorted areas in the picture? If there are, this is a good sign that the phone has been dropped and the delicate camera lens is broken. Buying in person isn't always possible though. If you have to buy online, avoid person to person selling like eBay or Craig's List, and go for a site that specialises in second hand phones, since you're more likely to have a better experience that way.

Quality at an Affordable Price 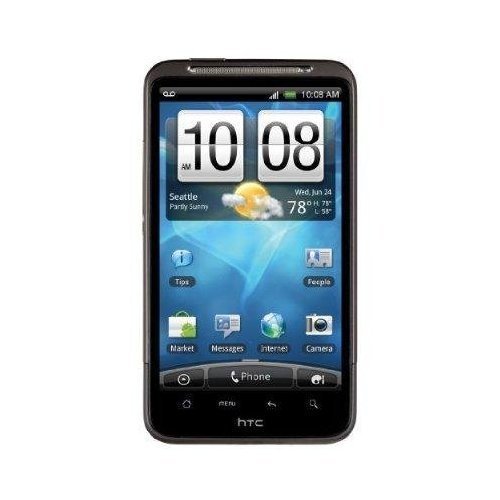