The Constitution of the United States: The Preamble

Thomas Jefferson once said "It is every Americans' right and obligation to read and interpret the Constitution for himself."[1] In honor of that sentiment, the following are a few thoughts on the preamble of the Constitution of the United States.

The supreme Law of the U.S. is the Constitution. The authors included a preamble that summarized the core values and purpose of this Constitution.  “We the People of the United States, in Order to form a more perfect Union, establish Justice, insure domestic Tranquility, provide for the common defense, promote the general Welfare, and secure the Blessings of Liberty to ourselves and our Posterity, do ordain and establish this Constitution for the United States of America.”[2] Fifty two words abundant with insight as to what the founders of the U.S. believed was indispensable to a society.

This Democratic Republic was established “of the people, by the people, for the people.”[3] At the time this was established, it was a radical change from the governments that preceded it. We the people of the U.S. have a voice. We are able to elect our own representatives. We are able to assemble together to petition our government. Our Congress and our president are subject to our approval via voting. In the United States, we are intended to have the power to govern ourselves.

In Order to Form a More Perfect Union

The current Constitution that we have is not our founder’s first attempt at establishing a government. The Articles of Confederation lack a practicality that our founders knew was necessary for our society. Mainly a comparatively stronger central government than was present under the Articles of Confederation was requisite, a central government that would solidify the union of the States. This phrase is also a manifestation of their resolve to continue to search for ways to advance and improve society, as is empirically evident by the process to amend the Constitution, which they included.

Just is defined as ”guided by truth, reason, justice, and fairness:"[4]  The U.S. Declaration of Independence states “We hold these truths to be self-evident, that all men are created equal, that they are endowed by their Creator with certain unalienable Rights, that among these are Life, Liberty and the pursuit of Happiness.--That to secure these rights, Governments are instituted among Men, deriving their just powers from the consent of the governed”[5] By this can be concluded that a government is just when before the law all men are equal, That we the people have rights, and it is the role of the government to protect and insure those rights. By establishing a government to fulfill that purpose, is to establish justice.

Insure Domestic Tranquility and Provide for the Common Defense

The years up to and just after the formation of the U.S. were anything but tranquil. War raged. In order for this new nation to progress and experience liberty, our founders established a government that could provide peace domestically, and protect from foreign invasion. Historically the United States has been in many wars. In spite of this the U.S. military has become the characterization of steadfast and formidable in the world.

The Constitution established a government that has largely left the economic market free. This has allowed the U.S. to become the wealthiest nation in the world. The U.S. maintains the largest economy in the history of this earth. The citizens of the U.S. are among the most educated. These two truths have enabled a society that can produce self-sufficient and hard-working members of society.

Secure the Blessings of Liberty to Ourselves and Our Posterity

Principles of Liberalism are evident throughout this document. We the people have rights that are secured by our government, as well as protect us from that same government. Our founders created a society where liberty abounds. From the right to bear arms, to the right to worship this liberty has general remained intact for over two hundred years.

After examining the preamble to the constitution, it is clear that this document is overflowing with the vision of our founders. Those who invest the time to read and ponder the U.S. Constitution and the message it contains will gain a greater appreciation and understanding of the USA. 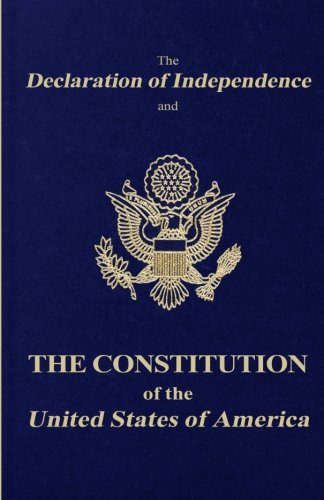 The Declaration of Independence and the Constitution of the United States of America Amazon Price: $7.95 $5.64 Buy Now(price as of May 31, 2016)
Next >> Notable World Leaders Who Weren't Natives of the Countries They Led