Buy FairyTale: A True Story, in which the Cottingley Fairies weren't a hoax, or The Fairy Bible: The Definitive Guide to the World of Fairies cheaply from Amazon. You too can earn money from writing articles by signing up for InfoBarrel.
InfoBarrel is a writing platform for non-fiction, reference-based, informative content. Opinions expressed by InfoBarrel writers are their own.
InfoBarrel > Lifestyle > Religion & Spirituality > Paranormal

Hoaxes sometimes begin as a lark, and then spin out of control so badly that the hoaxers must continue the lie.  Fear of exposure and their consequences perpetuate the fraud; it takes on a life of its own sometimes.

A very famous “hoax by accident” is the case of the Cottingley Fairies.  It began simply enough with two mischievous, young girls in the English countryside.

Roamin’ in the Gloamin’
In 1917, Elsie Wright, aged 16, lived in Cottingley, England, near Bradford.  In the summer of that year, Elsie’s 10-year-old cousin, Frances Griffiths, came for an extended visit.
The two girls were fast friends.  They played outdoors, and in and around a stream running near the Wright home, usually returning sodden and dirty from their

Credit: Alphonse Mucha (1860-1939)play.  Elsie’s mother, Polly, scolded them both on more than one occasion, and the girls’ excuse for being dirty was they’d gone off “to look at the fairies.”

As charmingly quaint as one might find discussions of fairies today, the lore of the British Isles is rich in tales that heavily feature the “wee folk”.  Although, by this time, the British didn’t condone a true belief in the fairy folk, many people still secretly harbored a belief just the same.

Thus, talk of fairies (though perhaps seen by Elsie’s mother for what it was – an excuse for why the girls were dirty) might have been common.

Continual excuses by the girls about the fairy folk deliberately led to the Cottingley Fairy Hoax.  Elsie’s father, Arthur, was keen on photography.  With a darkroom set up in his home, he was passionate about his hobby.  One particular day, to present proof of the fairies to her mother, Elsie borrowed a camera from her father.  Half an hour later, she returned from a trek to the nearby stream.  Arthur developed the negative in his home darkroom.  The plate he brought to light showed Frances Griffiths (the younger girl) behind a bush with four fairies dancing in front of her.

In today’s more technologically savvy world any 6-year-old can take a cursory glance at this first fairy photo and say straightway it is a fake.  Casual inspection of the print

Credit: taken by Elsie Wright (public domain)shows the figures have no depth.  Also interesting is Frances’ nonchalant demeanor as she poses behind the fairies.  Beyond that, though, there are myriad visual clues that, although the photograph is real (and this is a relevant distinction in this case), the objects photographed are not.

Arthur, noting his daughter’s creativity, and knowing she was familiar with photographic techniques, rightfully concluded that the picture was a fake, in all likelihood cardboard cut-outs.  This should have ended the matter. 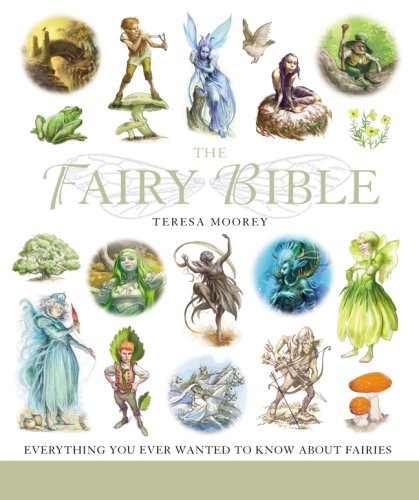 The Fairy Bible: The Definitive Guide to the World of Fairies Amazon Price: $14.95 $8.89 Buy Now(price as of Apr 26, 2016)
More to Come
The girls, not content with only one fairy photo, went out two months later with a borrowed camera and returned with a second photograph.  In this one,

Credit: photo taken by Frances Griffiths (public domain)Elsie is the human subject holding out her hand to a suspiciously flat, winged gnome, of almost a foot in height.  Of secondary interest in this photo is Elsie’s right hand – its size and shape look oddly artificial, longish and grotesque.
The father, Arthur, also believed this photographed gnome was a cardboard construction.
Again, anyone today can see the deceit, but photography was in its early stages of public usage; the average person could not fathom such trickery.  [Compare this to the first time anyone is exposed to a Photoshop-faked image; one can imagine, roughly, the credulity the people of these earlier times faced.]

The prank got out of hand.  Polly, Elsie’s mother, actually believed the photos were evidence of fairies, and she used them in a church lecture about “fairy life” in mid 1919.  The photos were later displayed at the behest of a local civic organization.  A prestigious member of this group, Edward Gardner, was a profound believer in the “little people”.  He sent the two photos to a local photographer for analysis.  This photographer stated the negatives had not been tampered with.  He declined to positively identify the “fairies” in the photos as real, saying that “these are straightforward photographs of whatever was in front of the camera at the time.”  Or, as Elsie’s father believed, photographs of cardboard cut-outs.

This is the point where the hoax gains momentum.  By focusing on the photo negatives (untainted) and subjecting them for analyses, nothing was gained except to lend validity to the girls’ story of fairies.  It is neither the glass plate nor the photographs that are faked here, but these were the focus of scrutiny.  Again, it just didn’t seem to occur to many people that two young girls could execute this trick.

Dr. Watson Weighs In
It is the photographs’ legitimacy that made this into a classic hoax.  Remember, neither the photographic prints nor the negatives were ever deemed faked.  At this time, Spiritualism (the practice of communicating with the dead, etc.) was very popular.
One of its leading lights was no less a personage than Sir Arthur Conan Doyle.  A Spiritualist publication brought the fairy photos to Doyle’s attention, coincidentally, just at a time when he had been commissioned to write a piece for a Christmas edition of a popular periodical.  The subject of this article was fairies.  Doyle had no illustrations procured or planned for this piece and was at a loss for illustrating it until the Cottingley Fairy photos miraculously appeared.
[Doyle’s wife was also a dabbler in the Spiritualism fad.  She promoted herself as a medium, specializing in “automatic writing”.  This is a technique in which the medium sits at a séance table with a writing tablet and a pen or pencil in hand.  The medium then allegedly goes into a trance.  During this trance phase a spirit supposedly guides the writing hand; the medium begins manically scribbling on the tablet.  Sometimes legible words emerge but more often they are random doodles and jottings that mean nothing on the surface but are interpreted by the sitter as “meaningful”.  Lady Doyle, in the wake of a sitting with none other than the crusading Spiritualist-debunker, the magician and illusionist Harry Houdini, was declared a fraud by him.  He earned the enmity of Sir Arthur as a result; Sir Arthur spent much time denouncing the entertainer right up to Houdini’s death.]

Needless to say, even the great Sir Arthur Conan Doyle (who kept the controversy alive by insisting these were photos of real fairies) might have been clearly motivated to keep the publicity churning.

Credit: public domain After all, he had a lucrative reason for wanting them to be genuine – his fairies’ article definitely benefited from these photos.

In 1920 the girls took three more photos of fairies, the last one showing only fairies posing among blades of grass (with no humans in the frame).

A few skeptics did raise their voices, pointing out that the fairies had interesting “Parisienne” hairdos; they also had such eclectic faults as dressing like “traditional fairies of nursery tales”.

None quelled Doyle’s enthusiasm or public insistence upon the pictures’ legitimacy, however.

Glory Days Gone By
This subject faded after about 1921.  No more photos of fairies were forthcoming from the Cottingley girls; they led regular lives afterward, marrying and having children.
In 1983 the cousins admitted the photos were faked, but still claimed they had really seen fairies.  Elsie reported their fairies mimicked those they’d seen in a children’s book of the era,

Credit: public domain Princess Mary’s Gift Book (published in 1914).  The cardboard fairy cut-outs were then supported by hatpins and posed.

The cousins, however, were in disagreement over the veracity of the fifth and last photo (of the sunbathing fairies).  Elsie adamantly maintained it was a fake like the others, while Frances stated it was a real photo of real fairies.

In 1985, the reason this prank became a full-on hoax was finally stated by Elsie in a televised interview: they were simply too embarrassed to admit the trickery after fooling Doyle, the creator of Sherlock Holmes.

Elsie said, “Two village kids and a brilliant man like Conan Doyle – well, we could only keep quiet.”  Frances said, “I never even thought of it as being a fraud.  It was just Elsie and I having a bit of fun, and I can’t understand to this day why they were taken in.  They wanted to be taken in.”

Frances’ latter statement is what rings true.  People will be taken in if they wish to believe, even to this day.  That is why “ghost hunters”, psychics, and other practitioners of the pseudo-science of the paranormal are so prevalent: there are still people out there stupid enough, willing to believe in fairies.

Author’s note:  Sir Arthur Conan Doyle in all likelihood was not duped by these photographs.

As Elsie pointed out, Doyle was brilliant.  It isn’t likely he would have been fooled by these pictures.

It makes more sense to think that, given Doyle’s belief in Spiritualism (and he was fervent in that belief) combined with his writer’s need for good material (the fairy photos gave him at least two good articles and a book), he may have done nothing more than play along for his own benefit.

Certainly, the publicity didn’t hurt: the 1920 magazine featuring the Christmas fairy article he wrote sold out within a few days its issue! 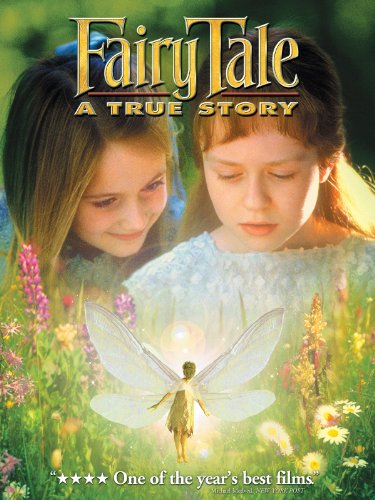