“Everything in life is writable about if you have the outgoing guts to do it, and the imagination to improvise. The worst enemy to creativity is self-doubt.” â€• Sylvia Plath, The Unabridged Journals of Sylvia Plath Be fearless. Start writing today for Infobarrel and make $$$ while you're at it.
InfoBarrel is a writing platform for non-fiction, reference-based, informative content. Opinions expressed by InfoBarrel writers are their own.
InfoBarrel > History > Alternate History

The Curse of the Hope Diamond: Fact or Fiction?

The Most Famous Diamond in the World As the most famous diamond in the world, the Hope Diamond has long captivated us with its beauty. Visitors flock from all around the world to see the gem in person, which is now housed at the Smithsonian Natural History Museum in Washington, D.C. This large blue gem is worth an estimated $200 to $250 million USD in value. The precious stone, also known as “Le Bijou du Roi” (“the King’s Jewel”) is a large, deep blue diamond weighing in at 45.52 carats. The Hope diamond exhibits an unusual, yet brilliant red luminescence that lingers after exposure to ultraviolet light, creating an eerie ‘glow in the dark’ effect. Beneath the cool blue exterior, are the small gleams of red light explained by science, or are they indicative of a greater evil that lurks within the diamond?

The Birth of a Stone

Long ago, the stone was formed deep within the crusts of the Earth. The intense heat and pressure in the Earth’s mantle acted to form the beautiful, rare blue diamond. There it lay for just over one billion years, waiting to be discovered.

The stone was found in the Kullur mine in the kingdom of Golconda, India. In 1653, a French merchant-traveler by the name of Jean Baptiste Tavernier travelled to India in search of exotic jewels and treasures. According to legend, the gem in its original form was stolen from the eye of the sculpted statue Sitta, a Hindu goddess. At the time, it was crudely cut and triangular in shape. Barely escaping with his life and the prized diamond, Tavernier travelled with the stone in safe keeping to France. He described the jewel he carried as a “beautiful violet”.

A Diamond Fit For Royalty

Tavernier brought the stone to Paris, where it became known as the Tavernier Blue diamond and weighed in at around 115 carats. He sold it to King Louis XIV of France, the “Sun King”, in 1668 along with numerous other large diamonds and several smaller ones.

When Tavernier later went to Russia, he was mauled to death by wild dogs, a punishment for his connection with the stone.

Louis then commissioned the court jeweller, Sieur Pitau, to recut the stone, trimming it down to 67.125 carats. The jewel was renamed the Blue Diamond of the Crown of France, or more simply, the French Blue. Even though the stone was cut down significantly, its value doubled as a result.

The prized gem was passed down to Louis XV, who had the French Blue set into a jewelled pendant for the Order of the Golden Fleece. Red and yellow-painted stones surrounded the diamond, resembling flames. The piece was inherited by Louis VXI and Marie Antoinette. Legend tells of their ill-fated ends by the guillotine because of the French Blue’s curse.

After the king and queen’s death in 1793, the jewel was lost. Later, it was reported that the stone was recut by Dutch diamond cutter, Wilhelm Fals. It has been said that Fals died of grief after his son Hendrick stole the gem from him. Hendrick eventually committed suicide.

In 1813, the diamond resurfaced under the ownership of jeweller Dianiel Eliason. King George IV purchased the gem from him. After his death, his final mistress, Lady Conyngham, stole the diamond along with other gems. However, she returned it on threat of execution.

To cover the king’s debts, the gem was sold to Thomas Hope, a wealthy London banker. Here, it was then renamed to The Hope Diamond, the name it is known by today. The jewel was passed down to Lord Francis Hope, who married the sensational show girl May Yohe in 1890. She wore the family heirloom at social gatherings and performances. However, the family fortune soon dwindled and the diamond was to blame for the Hope family’s eventual bankruptcy.

The gem in its necklace form was then sold to Joseph Frankel’s & Sons in New York for $2.9 million. Rumors and accusations of a curse arose when the company became financial unstable and bankrupt after Frankel had purchased the necklace.

The Hope diamond was later sold to Pierre Cartier. In 1911, Evalyn Walsh McLean, a wealthy American heiress, saw the Hope diamond and fell in love. But it wasn't at first sight. She initially felt it looked antiquated in its current setting. As a result, Cartier remounted the stone to her liking. She was intrigued by Cartier’s tales of the stone's curse and bought the diamond, believing bad luck did not affect her.

Evalyn adored her precious jewel. She would wear it everywhere she went. However, the beautiful diamond’s ugly curse resurfaced. Her eldest son died in a car crash at the age of nine. Then, her daughter committed suicide at 25. Finally, her husband went mad and was placed in a mental institution until his death.

Her jewelry was put on sale two years after Evalyn’s death in 1947. A jeweller named Harry Winston purchased all of the jewelry, including the Hope Diamond, in 1949.

Winston offered the gem to be worn to raise money for charity. He also showcased it in his “Court of Jewels”, a tour around the United States to promote interest in diamonds. However, Winston also believed in creating a national jewel collection. Smithsonian mineralogist George Switzer persuaded Winston to donate the gem to the Smithsonian Museum, to which he agreed.

On November 10, 1958, Winston donated the Hope Diamond to the Smithsonian Institution, sending it through registered US Mail in a brown box to an eager crowd. The mailman who delivered the parcel had his leg crushed in a truck accident shortly after and had a head injury in another accident. Following this, his house burned. Harry Winston himself died of a heart attack years later.

As for the Smithsonian Institution? Ever since the prized jewel was in its possession, the museum has prospered, encouraging other gem owners to donate precious jewels to the museum and attracting even more visitors than ever before.

Was It A Curse?

No doubt, no other gem has garnered such a rich and fanciful history as the Hope Diamond, from its mysterious origins in India to its present day keeping in the Smithsonian. But were the owners of the diamond all truly ill-fated?

Many of the legends were exaggerated and some were in fact, not true at all. The diamond was unlikely to have been the idol of an eye. It was more likely purchased from a dealer in India. Here’s a rundown of the true fates for owners who were supposedly cursed by the gem:

Numerous other “owners” of the diamond have not been verified, such as the Dutch cutter Wilhelm Fals and his son, leading researchers to conclude they were likely fictitious. Nevertheless, a few of the Hope Diamond’s owners have met tragic endings and ended up bankrupt.

So did the Hope Diamond truly carry a curse? You decide. 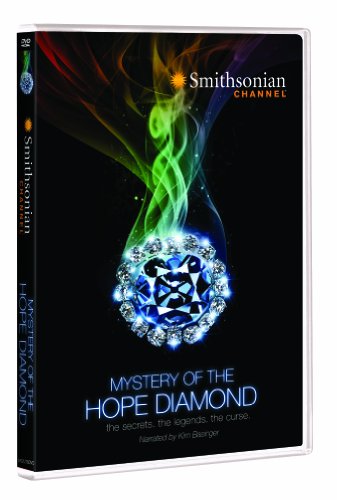 Smithsonian Channel: Mystery of the Hope Diamond Amazon Price: $9.98 $4.64 Buy Now(price as of Sep 30, 2014)
A close look at the captivating jewel throughout the centuries and its impact on those who touched it.
Next >> The Columbus Hoax: Who Really Discovered America?

Braiding is an Integral Part of Angling History