Anthony Miranda Author of Social Genius Co-founder of Blueprints For Your Life I am a serial entrepreneur, blogger, and internet marketer with a passion for psychology and the way it influences our social life. I have several projects in the works to help people refine their vision and make their goals reality. If you enjoy writing and want to get pay for it, then join me and countless others trying to entertain, enrich, and fulfill others' curiosity through infobarrel.
InfoBarrel is a writing platform for non-fiction, reference-based, informative content. Opinions expressed by InfoBarrel writers are their own.
InfoBarrel > Business & Money > Finance

The Debt that Makes You Rich

There's an old wives' tale that you should get out of debt and get out of it as soon as possible. Like a lot of time withstanding theories, there is some truth to it but not the complete truth. Not all debt is bad. Actually, there is debt that is good for you . As a matter of fact, it is really hard to become wealthy without that kind of debt. Take a minute to swallow that one. Yes, you will most likely have to get in debt to become wealthy, but there is a clear distinction on what kind of debt. They are mostly called investment because that's exactly what they are, investments. The problem is that most people call bad debt investments too. Here are a few examples of common debt and wealthy debt.

The clear different between Common debt and Wealthy debt  is whether they are bringing money into your bank account or not. That's the main reason a house that you are living in is not a debt that will make put you on the road to financial freedom. Yes, you can sell it for a profit if the market goes up, but what if you were to lose your job today? Would the house you are living in bring money every month into your bank account or take money away from it? What if the house market went down and you lost your job? Now the house takes money from your account and it's worth way less than before, so you are reluctant to sell it.

In contrary, property you are renting out to someone else brings money into your account every month regardless of how the house market is doing. That's the debt that makes you wealthy. Think about the monopoly game. The game is constructed around similar concepts. The point of the game is creating wealth by making financial investments. The investments involved in the game, and life, consist of business investments and real state investments. Donald Trump is continuously creating wealth in this way. Different variation of good debt and long-term investment helped John D. Rockefeller, Henry Ford and Steve Jobs; they all amassed wealthy debt. It eventually paid for itself and made them richer beyond their dreams. Think about that next time you are thinking of “investing” on the newest gadget. Is this really an investment or is this just a luxury you would like to have but could do without?

Robert Kiyosaki Rich Dad How To Get Out of the Rat Race Game Amazon Price: $195.00 $46.00 Buy Now(price as of Mar 8, 2016)
The game changer. Monopoly with real live scenarios that highlight investment opportunities that most people never think of. It gives you a new perspective in how to approach investing and what you can invest in. It also adds a new variable to the monopoly investment- Stock watch. 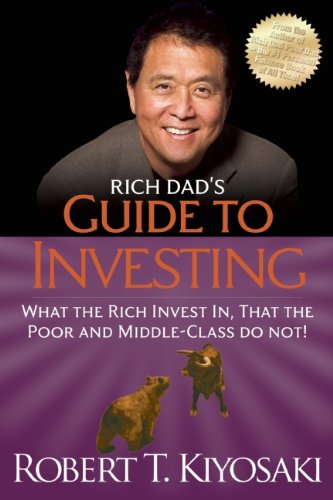 Rich Dad's Guide to Investing: What the Rich Invest in, That the Poor and the Middle Class Do Not! Amazon Price: $19.95 $7.50 Buy Now(price as of Mar 8, 2016)
Rich people think differently than the economically lower classes. Learn to think like a wealthy individual and you too will soon join the upper-class.

Do without the luxuries for a while so you can invest on the right kind of debt; the debt that will allow you to get all the luxuries you could ever dream of without the constant worry of the bills you have to pay. Do not just work hard. Work smart now so that you can reap the benefits later. Work on building the right kind of debt to place yourself well on your way to real to financial freedom.

Build So That You Can Wake Up To The view Of Your Dreams.

Wouldn't You Love To Wake Up To This Every Morning?

Credit: creative commons
Next >> How to Get Things For a Penny At Dollar General