Greetings! I'm Angela Parker, a novelist from south Texas. I enjoy meaningful prose and entertaining fiction. I love to take a fanciful yet informative path in my work at every opportunity. ~A.D. Parker~
InfoBarrel is a writing platform for non-fiction, reference-based, informative content. Opinions expressed by InfoBarrel writers are their own.
InfoBarrel > Lifestyle > Pets & Animals

The Deer Still Thinks She is a Cow

Several months have passed since I wrote about a deer that made herself a home among a herd of cattle, and since then, she has matured into a dainty looking version of the bovines that surround her on a daily basis. I want to bring special attention to the part where I mentioned that she was dainty looking.

To capture her on film is deceiving because while she may look wispy and light on her feet, she has developed the heavy, lumbering movements of her beefy pasture mates since the last time I saw her. So far, she has retained all of her other habits. She is still no more than mildly interested in the wild deer that occupy the same living space. She still stays with the herd of cattle at all times doing general cow-like things like grazing, chewing and resting. The grandest change in her behavior is in her movements. She runs in a clunky way now and walks with heavy hooves.

In the first installment of this unusual ungulate saga, I included some additional information about interspecies observational learning in several species of animals, and there are a couple more unusual instances that I would like to mention in this update, involving animals that learn and adapt alongside another species.

Dolphins and Humans Working Together

Apes are also an excellent example of a species that learns from observation. People have been teaching primates, other than humans, to communicate since the late 1940's.[2]

Apes use simple tools to aid in their day to day lives and teach their youngsters about unique things that they learn which is then passed through generations. A great example is a group of Japanese macaques that learned to wash their food and season it in saltwater, and they learned this from a single individual within the group.[3]

Every time I delve further into the subject I open up more and more questions about the interactions between different species and the hunt for answers is never a boring one. 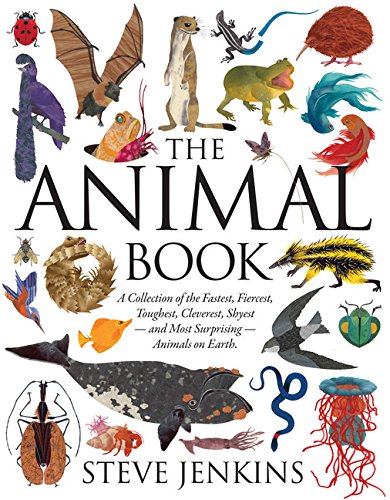 The Animal Book: A Collection of the Fastest, Fiercest, Toughest, Cleverest, Shyestâ€”and Most Surprisingâ€”Animals on Earth (Boston Globe-Horn Book Honors (Awards)) Amazon Price: $24.99 $2.40 Buy Now(price as of Jan 20, 2016)
Next >> Doggy Play Pen - Keep Your Puppy Safe - Give Yourself a Break!