Greetings! I'm Angela Parker, a novelist from south Texas. I enjoy meaningful prose and entertaining fiction. I love to take a fanciful yet informative path in my work at every opportunity. ~A.D. Parker~
InfoBarrel is a writing platform for non-fiction, reference-based, informative content. Opinions expressed by InfoBarrel writers are their own.
InfoBarrel > Lifestyle > Pets & Animals

The Deer that Thinks She is a Cow

On any given day, in a pasture in central Texas, there is a deer grazing with a herd of cattle. I was curious to know why she would spend so much time with them, so I studied up on her behavior.

She is in a unique situation opposed to other deer because she was young when she found the cows. I do not know how young she was, but she seemed to find comfort and protection within the herd. As she grew up, she stayed with the herd, ate with them, slept with them, and visited the water source with them. Today she is still with them, and only now exhibiting signs of mild interest in the local deer population.

After reading about the topic, I learned that there are a number of animal studies, from rats to monkeys, that convincingly suggests learning by observation within an animal’s own species.1 What I could not find, was a written study about interspecies observational learning.

In many studies the theory that an animal will learn from watching a member of their own species perform tasks seems to be concrete,2 but what about interspecies observational learning? In the case of the deer that thinks she is a cow, she behaves as if she were a cow, even going so far as to come with them when they are called to be fed. This is something that the rest of the deer population does not do.

This brings me to consider our very own trusted and loyal companions, dogs and arguably, cats. Like many, I have treated our companions as a part of the family since the moment they came into our lives. One was fully grown when he came to live with us, and the other was a baby when she moved in. Our boy has exhibited more dog-like behavior more consistently over a longer period. He was fully grown and set in his ways when he became a part of our family and while he tends to show tiny changes in his behavior, I can count on him to act like a dog. Our girl exhibits quite different behavior. She still acts like a dog, of course, but she exhibits behavior that I think of as odd for a dog. She kicks her feet out and rolls back on her hindquarters regularly, effectively sitting like a person. She often sleeps on a pillow. She will eat from a fork or spoon in human fashion, not by licking or biting at it. These are all behaviors that she certainly did not pick up from our other dog.

I enjoy observing dog behavior on a regular basis. They may not be able to mimic our speech patterns with any real progress, but they certainly understand more than you might think. I teach a few commands, but most of what they pick up is from regular conversations. Short phrases are easy for some dogs to pick up on.3

In the case of cats, I am unable to offer any real insight aside from what I have seen in the cat videos and what I observed from some of the barn cats that we have had over the years. What I have learned of cats is that they seem to believe that they transcend humans in every way, and we are only worth their time when it suits them. After being worshiped in Egypt for centuries, I can't say that I blame them.

So far, we have a deer that seems to have learned from cattle, and a dog that seems to have picked up some human habits. Are there more examples of interspecies learning? Well some birds certainly meet the criteria. Some parrots mimic human speech, whistles, and even inanimate objects such as car alarms and telephones. It surprises me that the only studies and reports that are easy to find stick to same species observational learning. 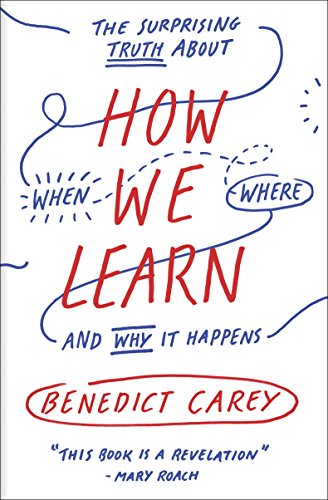 How We Learn: The Surprising Truth About When, Where, and Why It Happens Amazon Price: Buy Now(price as of Dec 26, 2016)
Next >> Doggy Play Pen - Keep Your Puppy Safe - Give Yourself a Break!