I love writing for InfoBarrel and write on a variety of topics. You can see my recent articles here.Â http://www.infobarrel.com/Users/andrewagreen If you would like to make extra money writing sign up for InfoBarrel hereÂ  Â
InfoBarrel is a writing platform for non-fiction, reference-based, informative content. Opinions expressed by InfoBarrel writers are their own.
InfoBarrel > History > 1945-2000

The Diamond Reign Of Queen Elizabeth

A Timeline Of Events

Britain's Queen, Elizabeth II, will celebrate her diamond jubilee, sixty years as Queen of Great Britain and the Commonwealth, in 2012.  Queen Elizabeth is Britain's second longest reigning monarch. Only Queen Victoria has reigned longer.  I am sixty this year. Queen Elizabeth has been Queen all my life, the only Queen most of us have known. So what are the events that have marked her reign? Presidents and premiers come and go but Queen Elizabeth remains. In 2010 the UN Secretary Genral described her as 'an anchor for our age.' This is why.

1952 - Elizabeth is at the Treetops hotel in Kenya on route for Australia and New Zealand when news of her Father's death reaches her. She is declared Queen throughout her realms and returns to Britain, moving with Phillip into Buckingham Palace. Eisenhour replaces Truman as President of the United States.  A hydrogen bomb is detonated for the first time. The contraceptive pill is introduced and the transistor radio is developed.

It is the first coronation to be televised. The number of TV sets in the UK doubles to 3 million and for many of the estimated 20 million who watch it is their first experience of television. Princess Margaret announces she wishes to marry Peter Townsend a divorced commoner, 16 years older than her. The Church is opposed to the match. Margaret is persuaded to postpone and eventually call the off the relationship. In Russia Joseph Stalin dies.

1957 - The Treaty of Rome establishes the European Economic Community which will become the European Union. Queen Elizabeth makes a state visit to the United States where she addresses the United Nations General Assembly. On the same tour she becomes the first reigning monarch of Canada to open parliament in that country.

1960 - Princess Margaret marries the photographer Antony Armstrong-Jones who is created Earl of Snowden. Harold Macmillan makes his 'winds of change' speech in South Africa acknowledging the push for Britain's colonies to achieve independence. The Olympic games are held in Rome.

1961 - Queen Elizabeth tours Cyprus, India, Pakistan and Nepal. Later that year she visits Ghana where President Kwame Nkhruma has replaced her as head of state. Yuri Gagarin is the first man into space.

1967 - The Six Day War is fought between Israel and the United Arab Republic.

1969 - America lands men on the moon. Richard Nixon is inaugurated President of the United States.

1970 - While touring Australia and New Zealand, Queen Elizabeth introduces the first royal walkabout, where she meets ordinary members of the public. The Beatles break up. Computer floppy discs are introduced.

1971 - Britain decimalises its coinage. London Bridge is sold and taken to the United States.

1972 - Mark Spitz wins seven gold medals at the Olympics. The film the Godfather is released. Liam Gallagher is born. The Mister Men books are first published.

1974 - Edward Heath calls a snap General Election causing the Queen to return prematurely from an Australian tour. Heath fails to secure a majority and gives way to a Labour administration led by Harold Wilson.

1975 - There is a constitutional crisis in Australia when the Australian Prime Minister Gough Whitlam is dismissed from his post by the Governor General, Queen Elizabeth's official representative in Australia after parliament rejected his budget proposals. The Speaker of the House appeals to Queen Elizabeth to reverse the decision but she refused. The crisis strengthened a growing  Australian republican movement..

1977 - Queen Elizabeth celebrates her Silver Jubilee. Her subjects celebrate with a rash of street parties in Britain and throughout the Commonwealth. The Queen's popularity is at its height but there is press speculation about the health of Princess Margaret's marriage. Punk is at its height too. The Sex Pistols release their single 'God Save The Queen'.

1978 - Princess Margaret and the Earl of Snowden are divorced. The world's first test tube baby Louise Brown is born in Great Britain.

1980 - Hostages are released as a 444 day siege of America's Tehran embassy is bought to an end. America announces it will boycott the Moscow Olympics. John Lennon is assassinated in New York.

1981   Six weeks before Prince Charles and Lady Diana Spencer are to be married six shots are fired at Queen Elizabeth from close range during the Trooping of the Colour Ceremony.  They are found later found to be blanks. The Wedding of Prince Charles and Lady Diana Spencer at St. Paul's Cathedral is watched by a TV audience of  750 million people.

1982 - Queen Elizabeth finds an intruder Michael Fagan in her room at Buckingham Palace. President Reagan is an invited guest at Windsor Castle. Argentina invades the Falklands. Britain dispatches a task force to regain the islands. Prince Andrew is part of the task force as a Royal Navy officer.

1984 - The 1984 Olympics in Los Angeles are boycotted by the Soviet Union and most of the Eastern block countries.

1985 - Bob Geldof organises the Live Aid Concert for the relief of famine in Ethiopia.

1986 The Space Shuttle Challenger is lost. Mike Tyson becomes the youngest heavyweight boxing champion of the world at the age of 20.

1987 -  The Single European Act is signed by the European Community.

1988 - A Boeing 747 is bought down over Lockerbie on route from London's Heathrow to the JFK airport in New York. The bomb kills 243 passengers, 17 crew members and 11 people on the ground. The summer Olympics are held in Seoul, South Korea. George Bush is elected president.

1991 - The young Royals take part in an infamous 'It's a Royal Knockout' competition. Press stories about the Queen's wealth and the state of royal marriages fuel republican sentiment. Britain supports the United States in the First Gulf War waged by coalition forces against Iraq in response to Iraq's annexation of Kuwait. Following the war Queen Elizabeth becomes the first monarch to address a joint session of the United States Congress.

1992  - Prince Charles and Prince Andrew are separated from their wives, Princess Anne divorces her husband and a severe fire destroys a wing of Windsor Castle. Queen Elizabeth dubs it her annus horribilis. Quebec votes to remain part of Canada. There is rioting in Los Angeles.

1993 - A reform of royal finance is announced that means the Queen will pay income tax for the first time. There are reductions in the civil list (the royal budget). An official Buckingham Palace spokesman says estimates of Queen Elizabeth's personal wealth of £100 million are 'grossly overstated.'

1994 - South African blacks get to vote for the first time. The Provisional IRA announce a cease fire. There is a bloody Civil War in Rwanda.

1996 - Prince Charles and Princess Diana are divorced. 16 children and one adult are killed by a gunman at a school in Dunblane, Scotland.

1997 - Princess Diana is killed in a car crash. The country is plunged into deep mourning. The media are critical of the Royal family's seclusion at Balmoral. Queen Elizabeth restores her reputation making a public broadcast shortly before the funeral. Tony Blair wins a landslide general election and becomes Prime Minister.

1998 - David Beckham is sent off playing for England in the World Cup against Argentina. England are eliminated on penalties. Beckham becomes a hate figure.

1999  - A referendum in Australia on the future of the monarchy favours its retention in preference to an elected head of state.

2000  -Britain and the world celebrate a new millennium.  Fears about a 'millennium time bomb' prove ungrounded. Official celebrations focus on Tony Blair's  widely ridiculed Millenium Dome. The Queen Elizabeth in her Christmas message talks about the theological significance of the millenium as the 2000th anniversary of the birth of Christ.

2001 - In America, hijacked jets are flown into the Twin Towers of the World Trade Centre. 3000 die in a series of coordinated attacks that also target the Pentagon. Britain supports the United States invasion of Iraq. A last ditch goal from David Beckham salvages England's hopes of World Cup qualification. Beckham is a hero again.

2002 - Queen Elizabeth celebrates her Golden Jubilee, fifty years on the throne. Once again there are street parties and celebrations. The Queen Mother and Princess Margaret die within a few weeks of each other.

2003 - Queen Elizabeth has key hole surgery on both of her knees. She misses several engagements. There is speculation when she appears with a bandaged hand. It emerges she has been bitten by a corgi. England win the Rugby World Cup beating the hosts Australia with a famous drop goal from Johnny Wilkinson. Allied forces invade Iraq.

2006 Saddam Hussein is sentenced to death in Iraq. Italy win the World Cup defeating France in a penalty shoot out.

2010 - Queen Elizabeth addresses the United Nations for the second time. She is described by the Secret

Credit: White House photo by Eric Draperary general as 'an anchor for our age.' Visiting New York she opens memorial gardens to the British victims of September 11th. The Conservatives are the largest party following the general election and form a coalition government with the Liberal Democrats.  David Cameron is Prime Minister.

2011 - Prince William marries Kate Middleton. Queen Elizabeth makes her first visit as monarch to the Republic of Ireland at the invitation of Irish president Mary Macaleese. She  makes the 16th visit of her reign to Australia.

2012 Queen Elizabeth celebrates 60 years on the throne. The Olympic games will come to London. 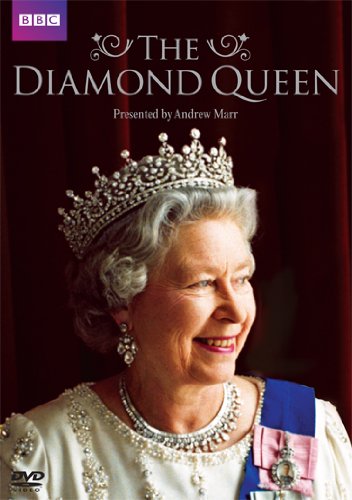