Let's be real. One of the many reasons you bought Until Dawn was not just because it was a beautiful narrative game that touched all the reasons you watch horror movies and had the actor that plays Mr. Robot in it. You want to kill all these jerks. It's not your fault, Until Dawn developers filled their slasher flick with all the usual slasher flick tropes. Sure, you'll likely want to save Sam or Mike at first, all while murdering Emily every playthrough, but eventually you will feel that unrelenting urge to see all these stupid, shallow people get killed in new and exciting ways.

Needless to say, there are some spoilers ahead for those who have never played through Until Dawn.

Sam is one of two reasons that the "kill everyone" playthroughs fail. There is only one moment in the game in which Sam can be killed.

Death One: The only opportunity to kill Sam comes in Chapter 10. At the very end of the game, if Sam fails only the second Don't Move event, the Wendigo will kill her. Failing both Don't Move events will also result in a death for Mike too.

Chris has three opportunities for death.

Death One: The first opportunity to kill Chris occurs in Chapter 8. Chris will be pursued by a Wendigo, and if players miss a single shotgun blast it will result in his death.

Death Two: If Chris survives the Wendigo in Chapter 8, he will run to the lodge doors. If he tried to shoot Ashley in Chapter 6, she will leave him outside to die. Hell hath no fury like a woman who you once pointed a gun at.

Death Three: If Chris is still alive by Chapter 9, he will head into the mine with the girls. He has the option to investigate some noises. If he chooses the option and investigates a rattling trap door, Chris is very, very dead.

There are two opportunities to kill Jessica, one occurring early in the game with the other happening very near the end.

Death One: In Chapter 4 after Jessica has been snatched, Mike will give chase. If he chooses any of the play it safe options (opposed to the risky shortcut options), Jessica will be dead when he arrives.

Death Two: If Mike made it in time in Chapter 4, there is one last chance to kill her in Chapter 10. She will encounter the Wendigo once more, if chooses to hide, she will live. If Jessica chooses to run, she will die. 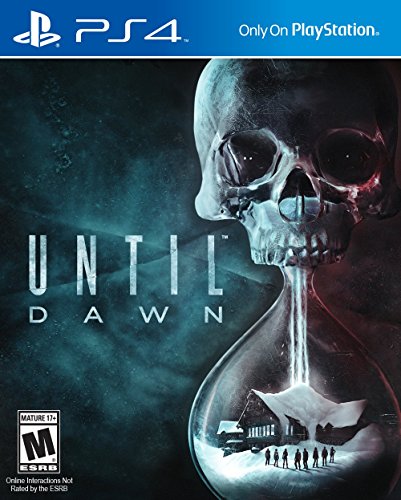 Until Dawn - PlayStation 4 [Download Code] Amazon Price: $59.99 Buy Now(price as of Nov 23, 2015)
Intrigued and ignoring my spoiler warning? Until Dawn really is quite a a worth while game with a good bit of replayability. It's good, but some could argue it's more "wait for a sale" good rather than "pay the full $60" good.

Emily is easily one of the most hated characters in the game, and Supermassive Games likely anticipated this. As such, she has more opportunities to die than anyone else in the game.

Death One: While being chased by the Wendigo in Chapter 8, if Emily missed two of the three QTE events before reaching the conveyor belt, Emily will die.

Death Two: Reached that moving conveyor belt, yeah? Go ahead, ride it to the top. Ignore the option to hop off. See what happens. ...Psst, she dies.

Death Three: Regardless of your choices during the Wendigo chase, Emily will get bitten and later in Chapter 8, Mike will be given the option to shoot her. This Emily death wholly depends on whether the player chooses to pull the trigger.

Death Four: If Emily is still alive in Chapter 10, players will have one final chance to dead her up a little by having Sam blow up the lodge at the earliest opportunity.

Aside from Emily, Matt is the second easiest character to kill.

Death One: In Chapter 6, when the elk commence having an elk convention on the ledge around Matt and Emily, if Matt attacks any of them he will end up dangling off the ledge. If players miss the following QTE event, Matt pays a visit to the afterlife.

Death Two: Later in Chapter 6 when Matt and Emily are precariously hanging from the fire tower as it is about to fall, Matt's fate depends on whether he decides to jump to safety or try and save Emily. If he tried to save Emily even a little bit, he is D-E-A-D when the tower falls.

Death Three: If Matt lives to Chapter 10, there is one final chance to kill him when he encounters the Wendigo in the caves. If he chooses to run instead of hide, he will die.

Mike has only two options to die and one pretty much follows the other in the game's final moments.

Death One: If Sam chooses to blow up the lodge at the first opportunity in Chapter 10, Mike will die.

Death Two: Alternatively, in Chapter 10, if Sam fails both Don't Move events and dies, Mike will have little choice but to blow up the lodge and sacrifice himself as well.

Unfortunately, Ashley is presented with very few opportunities for a decent death scene.

Death One: In Chapter 9 when the group is traversing the mines to find Mike, Ashley will linger behind and have the option to investigate some noises. If she picks the option and chooses to investigate the rattling trap door, she is quite thoroughly dead.

Death Two: Like so many other characters, Ashley is given a final option to be killed if Sam blows up the lodge too soon in the final moments of Chapter 10.

Intrigued and ignoring my spoiler warning? Until Dawn really is quite a a worth while game with a good bit of replayability. It's good, but some could argue it's more "wait for a sale" good rather than "pay the full $60" good. 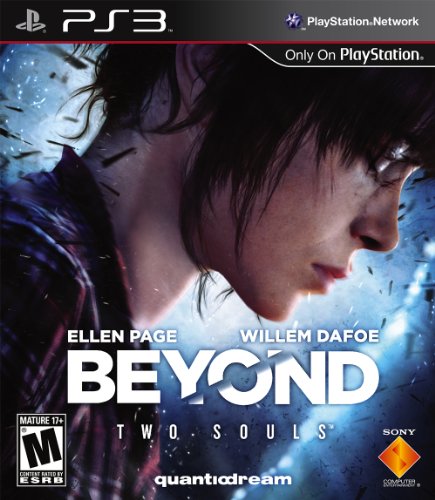