The Division: Base of Operations Upgrade Guide

Upon arriving in disease-ravaged Manhattan, setting up your Base of Operations is your first task. While there are other safe houses located throughout the city, your Base of Operations will be your primary hub for vendors and allows you to stock up on crucial ammo and consumables. Inside you will also be able to unlock missions and upgrades that will unlock skills and give some much needed buffs to your agent. It is a much needed place for you to take back New York, Agent.

In the Base of Operations before upgrading or unlocking anything, you will find Weapons, Gear, and Mod vendors as well as the Rewards Vendor behind the stairs leading up to the Tech Wing where you can claim any rewards that you got for ordering the various editions of The Division.

You will also find your Stash box where you can store any gear you might want for later. However, it is most notable for being where you will find the contaminated gear after you extract it from the Dark Zone. The Stash Box can also be used to transfer gear from one character to another on the same account.

Your Base of Operations is divided into three wings - Medical, Tech, and Security. Unlocking these wings will be some of your first missions in Manhattan and are well worth the effort. By upgrading each wing, the new facilities will unlock skills, mods for said skills, talents that you can pick and choose for your agent, and perks that will give you a boost. You can only use two skills at any given time, each can have one mod, and you can only have a max of five talents assigned. Perks, on the other hand, do not need to be assigned, so pick up as many as you can. 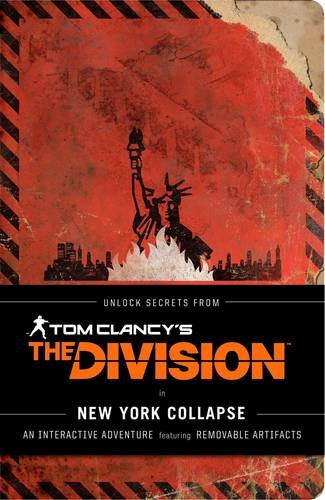 The Medical Wing is unlocked by rescuing Dr. Kandel from Madison Square Garden. If you want to prioritize survivability over all else or just want to take up the support role of a group, this will be the wing you want to focus your efforts on.

Pulse: Marks and tracks enemies for a short period of time.

First Aid: Projectile that heals allies in a small area.

Life Support: automatically revives downed allies in the vicinity.Immunizer: removes status effects and provides an immunity zone around the device.Ammo Cache: nearby allies gain ammo when reloading and get reduced skill cooldown times.Discharge: when the device expires, nearby allies are automatically healed.

Recovery Link: Heals and cures the user and any nearby allies, and can provide an HP boost above your normal range.

The Tech Wing is unlocked by fetching Paul Rhodes from the Subway Morgue. This is the wing for those who want to focus on having the best offensive capabilities.

Sticky Bomb: Provides a remotely detonated sticky bomb that can attach to enemies or the environment.

BFB: Increases radius and damage and provides a change to inflict Bleed.Flashbang: Bomb inflicts Disorientation instead of damage.Proximity Fuse: Adds proximity detonation to the bomb.Stealthy Bomb: Enemies are less likely to spot the bomb.

Active Sensor: Increased damage and Pulse capability.Dragon Breath: Decreases range but turns the turret into a flamethrower.Zapper: Reduces damage but fires electrical darts that can stun multiple targets.Scorched Earth: When manually disabled the turret will explode and cause blast damage.

Seeker Mine: Unleashes a proximity mine that will seek out a target and explode.

Airburst: On explosion the mine releases airborne incendiary explosives.Gas Charge: When detonated the mine will release gas to multiple targets.Cluster: Fires several smaller independent charges.Seeking-Betty: The mine can now negotiate past low cover.

Tactical Link: Increases DPS and Critical Chance for the user and nearby allies.

The Security Wing is unlocked by plucking Captain Benitez from his position under siege. This wing focuses on defense. By choosing the select upgrades here, you will unlock a series of shields to help make you and your party a powerhouse.

Ballistic Shield: Produces a Riot Shield but restricts gun usage to side arms only.

Reactive Targeting: Increases HP capacity of the shield and marks enemies who attack you.Assault Shield: Buffs your sidearm while deployed.Kinetic Breaker: Replenishes your HP by a portion of damage taken.Self-healing Armor: Shield regenerates after a period without taking damage.

Extension: Cover is large enough for two people.Blast Shield: Damages nearby enemies when destroyed.Countermeasures: Using the cover grants increase damage and Pulse immunity.Second Chance: When the shield is destroyed it grants brief bonuses to damage resistance.

Survivor Link: Increases damage resistance and speed for the user and nearby allies