The Dominique chicken breed was brought to the United States from England during the early days of America’s colonisation. The black and white striped birds were widely distributed throughout the eastern parts of the States by the mid 1800s. Although the breed was common in England and popular with farmers and exhibitors it was never raised as a commercial enterprise.

As other breeds began to be raised commercially the Dominique fell from favour. It is now regarded as a rare breed in the US and is listed on the ‘watch’ list of the American Livestock Breed Conservancy. 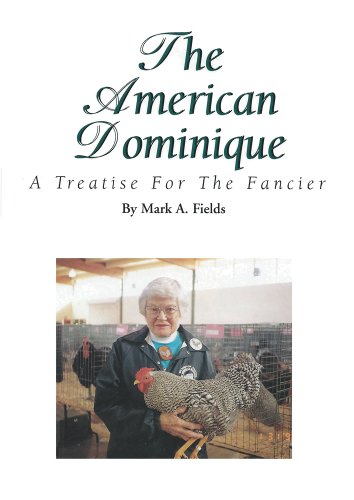 The American Dominique: A Treatise For The Fancier Amazon Price: Buy Now(price as of Apr 8, 2016)
This rare breed is deserving of protection. Learn all about the breed in this manual.

The Dominique is regarded as a dual purpose breed. It has a broad, full body. Cocks weigh around 7 pounds and hens about 5 pounds. They are considered a medium size chicken. Adult birds have black and white barring which gives them good camouflage against predators in a free range situation. The legs are yellow and unfeathered and they have a rose comb. In appearance, they are similar to the Barred Plymouth Rock and they have similar origins, however the Barred Rock has a single comb. 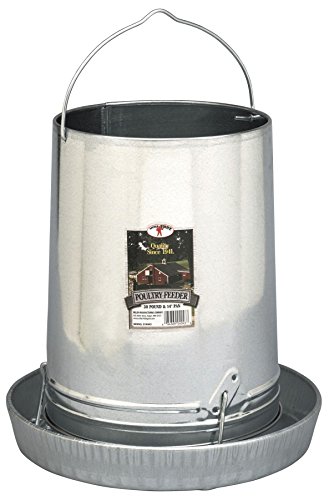 Hanging Poultry & Gamebird Feeder with Feed Pan, 30 Lb Galvanized Steel Amazon Price: $29.99 $17.76 Buy Now(price as of Apr 8, 2016)
These feeders will save you time and ensure your birds never go hungry. As they are suspended, there will be less trouble with vermin.

This breed is an efficient forager and they also withstand the cold weather well. They are calm and don’t mind being confined. They also produce a good carcass as a table bird. They have heavy plumage and the feathers are used for stuffing mattresses and pillows. Dominiques mature early with most hens laying by six months of age.

Although now listed as rare, Dominiques can be found in small flocks throughout the United States.