The quest series for the Helnim branch of the Mainland Fighters Guild, from the Tamriel Rebuilt plugin for The Elder Scrolls III: Morrowind.

You will first need to join the Mainland Fighters Guild, which is a separate guild to the one on Vvardenfell. Joining is easy enough if you are already a member of the Vvardenfell Guild, you will be automatically granted membership when you speak to a representative of the mainland guild. You can speak to Galan Brandt in Firewatch or Hartise, a Redguard female, in Helnim. Helnim can be reached by Divine Intervention, silt strider and boat from the mainland, or by flying or walking across the water from the area of Sadrith Mora on Vvardenfell.

Credit: The Tamriel Rebuilt Team and Bethesda SoftworksJoran the Defector

Go to the Fighters Guild in Helnim and speak to Hartise. Join the guild if needed and then ask Hartise about "orders" and then about the "interior task."

"Hartise has given me an interior task for the Guild. I must find Joran, a Guild member who left to join a local militia, and convince him to return to the Guild with promises of a raise. If he declines, Hartise suggests that I pick a fight with him so that he will get arrested, thus eliminating his chance of getting into the militia. I should look for Joran at the Red Drake Inn."

She wants you to go and find Joran in The Red Drake Inn in Helnin and try to convince him to return to the guild.In the inn, Joran is in front of the bar. Speak to him about the "interior task."

Credit: The Tamriel Rebuilt Team and Bethesda SoftworksIf you can boost his disposition to 70 or above, he will allow you to bribe him with 250 septims to return to the guild, otherwise you will need to attack him as Hartise suggested. It is important that you don't kill him (or you won't get any more tasks) so don't go in too heavy. When you attack, you will be arrested and will have to pay a fine of 40 septims, so make sure you have enough money.

Once you have either bribed Joran into returning, or got him arrested so that he can no longer join the militia, return to Hartise. She will either refund your bribe money if you bribed Joran, or give you 80 septims, double your fine, if you started a fight. This completes the quest and will give you +2 Reputation in the Mainland Fighters Guild.

After finishing Joran the Defector speak to Hartise about "this is urgent." She will tell you the following.

"There's a Daedric shrine up near Lake Boethiah, it's called Ald Mirathi. I'm sending you out on a mission there. I sent Arfil to scout a Daedric cult that we failed to clean up a fortnight ago, based in this shrine. He has a pair of invisibility scrolls with him, but I have just received a tip that the last shipment may have been counterfeit, or even cursed. Telvanni sabotage if I had to guess, but that's for another time. Get yourself out there and make sure he's not in trouble."If you then ask her about Ald Mirathi she tells you it's south of the village of Hla Bulor, which she marks on your map, on the western shore of Lake Boethiah.

Credit: The Tamriel Rebuilt Team and Bethesda SoftworksThis quest can be rather more dangerous than Joran the Defector. The Daedra shrine of Ald Rathi is quite a trek across country. You can follow the road east, north and then east again from Helnim to reach Hla Bulor, and then head south along the western shore of the lake. There is no easy way to use the travel network to get really close to the shrine; the easiest way is by several silt strider journeys to Tel Muthada, Akamora and then Necrom, then boat to Alt Bosara and finally riverstrider to Tel Mothriva. At Tel Mothrivra you can then follow the road east, north and then east again to Hla Bulor and then follow the western lakeshore south to Ald Mirathi or alternatively walk or fly north on the lake from Tel Mothriva.The most direct, and probably easiest route, is by using levitation to go straight from Helnim to the shrine, which isn't far south of Hla Bulor.

Credit: The Tamriel Rebuilt Team and Bethesda SoftworksOutside the shrine will be a levelled Daedra. Inside the shrine, down two flights of stairs, you will find Arfil lying on the floor. There is a Clannfear near him; make sure you don't accidentally kill him whilst fighting it. Speak to Arfil and he tells you this."Upon entering the shrine I found Arfil lying on the floor, nearly unconscious. He was able to communicate to me that a dispel scroll to heal him can be found on the shrine's altar. I can either revive him myself or find this scroll, but I can also kill the cult leader and receive Arfil's bounty."The safest way of doing this is by dispelling the curse yourself, or proceed further into the shrine and on an altar behind the statue is a Scroll of Dispel Arcanix which when cast on Arfil will remove the curse. There is a a bounty on the cult leader Benelion if he is killed. There are three other cult members as well as Benelion, as well as various Daedra. This can prove rather dangerous if you fight them all at once. There is a balcony over the main statue that can only be reached by levitation with an archer and a Vermai on it. Flying up here will allow you to deal with the archer and provide a safer spot to attack the other enemies from.When you cure Arfil he says he will make his way back to the guild, and can be found upstairs in the Helnim branch. Once Arfil is cured you can return to Hartise. If you have only cured Arfil you are rewarded with 250 septims and +2 Reputation in the Mainland Fighters Guild. If you also killed Benelion you get 500 septims and +3 Reputation in the Mainland Fighters Guild. This completes the quest.The next quest from the series is Mission of Mercy. 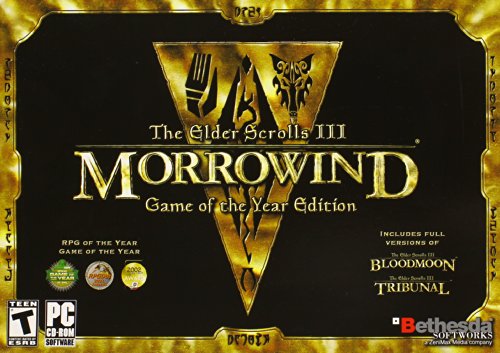