These quests continue the series for the Helnim branch of the Mainland Fighters Guild from the Morrowind plugin Tamriel Rebuilt after the completion of Tainted Goods.

Credit: The Tamriel Rebuilt Team and Bethesda SoftworksSpeak to Hartise about "orders" and then "fomenting unrest" to start this quest."Sandol, a Redguard working in the Helnim mines, has been causing trouble for himself, and Hartise needs me to give him a beating. She does not, however, want me to hurt him too much, so I should probably only use hand-to-hand combat to knock him out once."You have to go to the Helnim Diamond Mine, which are in the Slums on the west of the city, and find the miner Sandol, who is quite some way down the mine, and administer a beating. Talk to Sandol to start the fight - don't attack him yourself first.

Credit: The Tamriel Rebuilt Team and Bethesda SoftworksThis is actually more difficult than would initially appear. You have to avoid killing Sandol, else you will be expelled from the guild and Hartise will refuse to give you any more quests, but he is under no such limitation and will attack with his pick. Given that you have to keep him alive, the only combat option is Hand-to-Hand. It's quite likely that this skill will be quite low level as there often isn't much use for it, so you may have to train it up - above 30 is helpful. Caius Cosades in Balmora is the best Hand-to-Hand trainer. Dro-Ba at the Firewatch Fighters Guild will also train Hand-to-Hand, but your standing in the guild may not be high enough. Suitable items or spells to boost your Hand-to-Hand, or drain Sandol's fatigue, can be helpful.

Credit: The Tamriel Rebuilt Team and Bethesda SoftworksOnce you have beaten Sandol to a pulp, he will promise not to cause any more trouble. Return to Hartise for your reward; 100 septims, a Falling Second Barrier Ring and +1 Reputation in the Mainland Fighters Guild. The Falling Second Barrier Ring has 200 charges and on activation gives Shield 7 points for 40 seconds and Shield 8 points for 20 seconds.

Once again, speak to Hartise about "orders" and then about "discount merchandise." This quest is a follow up to Tainted Merchandise.

Credit: The Tamriel Rebuilt Team and Bethesda Softworks"Hartise has discovered a potential source for the cursed scrolls from Arfil's incident at the Daedric ruin. She wants me to find out where Ervul Dranoth, an enchanter in the Telvanni section of Helnim, where he gets his discount merchandise. I may have to bribe him, so Hartise has also provided 200 gold for such expenses."Go to the Telvanni district to the east of Helnim and go to Ervul Danroth's shop. To get Ervul to speak about the "discount merchandise" you need to boost his disposition above 80. If you can manage this without bribery, you can keep the expense money. Alternatively, Ervul has a note from the smugglers on him, which can be obtained if you kill him, and the Telvanni Guard - not the easiest or best option - or, if your Sneak is high enough, pickpocket the note from him.

Either Ervul or the note will tell you that there is a boat anchored at a beach north of Helnim. Follow the river north until just before it reaches the sea. On the beach is Ragru gro-Ghash, an Orc Smuggler, and on the boat are Durnub gro-Gulfim and Ugdul gro-Shadbuk, both also Orc Smugglers, and Varnand Nermin, a Breton Sorceror. They will greet you by immediately attacking. Kill them all.

Credit: The Tamriel Rebuilt Team and Bethesda SoftworksOn the boat are also a Barrel containing 20 of the same random cheap food, a Sack containing levelled gold and three Crates, each containing three random spell scrolls - which don't actually seem to be tainted.Once the smugglers are dead, return to Hartise. Hartise rewards you with 700 septims and a Silver Spear of Retribution, a 2-handed silver spear which has 200 charges and casts a 3 point Restore Health for 2 seconds on activation. You also gain +3 Reputation in the Mainland Fighters Guild.

Speak to Hartise about "orders" and then "taming.""Hartise has given me the loathsome task of killing guars out in the Helnim Fields, in accordance with the Mad Lord's wishes. I must kill at least ten guars to get my share of the bounty; alternatively, however, I could try asking a guar herder to tame them, and give them the bounty. Hartise mentioned a guar farm near Tel Ouada, perhaps I should inquire there."The Mad Lord of Helnim, the Dunmer Narrusa Darythi, wants the local guar population thinning out. There are two ways of doing this; you can ask a guar herder to tame them or kill them yourself. Killing them is more time consuming but gives a better reward. You can, if you want, go and speak to the Mad Lord himself, who is in Tel Narrusa: Lord's Chambers, which are accessed from Tel Narrusa: Upper Hallways. To reach him requires levitation to get to the Upper Hallways and to his level in the Lord's chambers. If his disposition is high enough, who will talk to you about "guar" and "taming." He won't make any sense though.

Credit: The Tamriel Rebuilt Team and Bethesda SoftworksTo tame them, take a silt strider (or Almsivi Intervention) to Ranyon-ruhn, then silt strider to Tel Ouada. The Tel Ouada Guar Farm is just to the north of the silt strider, over the water. Speak to Erdlan Galelan about taming, and he will jump at the offer. You can now head back to Hartise for your reward.Alternatively, head out into the Helnim Fields region east of Helnim and start hunting Guars. This is not too difficult as they are quite common (you can hunt them elsewhere if you want, they don't have to be killed in the Helnim Fields), but expect to travel a fair distance to find enough to make your quota. Guars are also not the only thing out in the Fields; expect to be attacked by other creatures too. Once all ten are killed your journal will update and you can head back to Hartise.Oddly, although Hartise speaks more favourably of you if you tamed the Guars, you get less reputation in the guild for doing so. The only benefit is it's easier. If you tamed the Guars you receive 150 septims and +1 Reputation in the Mainland Fighters Guild; if you killed them you get 500 septims and +2 Reputation in the Mainland Fighters Guild. This is the last quest you can do in Helnim under the rank of Swordsman. The next quest is Hunting Twilight. 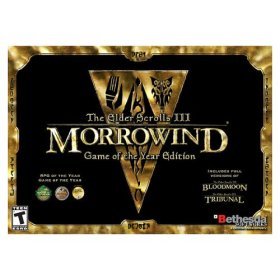