Buy Oblivion Game of the Year edition or Skyrim Legendary Edition cheaply from Amazon. You too can earn money from writing articles by signing up for InfoBarrel. Some content copyright Lanceor and Bethesda Softworks as applicable.
InfoBarrel is a writing platform for non-fiction, reference-based, informative content. Opinions expressed by InfoBarrel writers are their own.
InfoBarrel > Entertainment > Games > Computer Games

The Elder Scrolls IV: Oblivion Plugin Walkthrough - Knights of the Nine Revelation: A Damsel in Distress, Attack on the Priory and Auriel's Bloodstone

Walkthroughs for quests from the Oblivion plugin Knights of the Nine Revelation.

A Damsel in Distress

Credit: Lanceor/Bethesda Softworks/eGDC LtdTwo of the conversation options immediately start combat and the third just delays it slightly, as after choosing it you then have to choose one of the first two options.When all three Elven Soldiers are dead, Naomi approaches you again and introduces herself and will tell you some of her story. When asked about the "Wild Elves" who were trying to kidnap her she says that the other name for them is Ayleids. She asks you to escort her to the nearby settlement of Pell's Gate."Having dealt with the unknown soldiers trying to kidnap her, I have offered to escort Naomi back to her home in Pell's Gate."Checking any of the bodies of the Elven Soldiers gives the following message "This soldier appears elven, but does not appear to be an Altmer, Bosmer or Dunmer." They each have a variety of Dark Ayleid equipment. Now escort Naomi to Pell's Gate. You can fast travel to get there and, once there, she thanks you. If asked, she says you can see her again. You can visit her or she will come to the Priory. This completes the quest."I have escorted Naomi back to Pell's Gate. Perhaps I should check if Sir Gareth has returned to the Priory of the Nine."As suggested, return to the Priory.

When you arrive at the Priory after finishing A Damsel in Distress you find that it is under attack by Ayleid Soldiers and Aurorans. Some of the Aurorans are mages."The Priory of the Nine is being attacked! I must help my Knights of the Nine fight off this attack!"There is one Ayleid Soldier and one Auroran outside the PrioryThe Ayleid Soldiers have the same equipment as the Elven Soldiers that were after Naomi. Once they are dead, you will be prompted to enter the Priory.Inside the Priory there is one Ayleid Soldier and two Aurorans. Once the attackers in the main area are dead, go to the basement where there are two Elven Soldiers and two Aurorans.Once they are all dead, your log will update."The Knights of the Nine have warded off the attack on the priory. I should ask Sir Thedret to report on the attack."If you don't go and find Sir Thedret, he will come and find you. When you ask him about "Any information on the attackers?" he will give you the Ayleid Orders, completing the quest.Reading the orders advances the quest The Descendent of Alessia. The orders detail two objectives; the attack on the Priory of the Nine, and another looking for descendents of St. Alessia at Sardavar Leed. After completing this quest you should then continue with The Descendent of Alessia and go to Sardaver Leed.

This quest starts when the Messenger meets you as you exit Sardavar Leed Aldmerisel during the quest The Descendent of Alessia and gives you the Message from Sir Gareth."A rather muddled messenger has just delivered a message. The wax seal bears Sir Gareth's lion emblem."After reading the message, your quest log will update again.

Credit: Lanceor/Bethesda Softworks/eGDC LtdSir Gareth believes the Crusader's Relics can be recharged to full potency using the Bloodstone, the location of which he has discovered. He says it is inside the Ayleid ruin of Ondo.[1] Agree to go to Ondo with him, and make your way through Ondo and Ondo Canohaelia to the new area of Ondo Molagsel. This is essentially a large room, the far end is hidden by flames.

Credit: Lanceor/Bethesda Softworks/eGDC LtdWhen you enter, Sir Gareth approaches you and says he has a means of dealing with the flames. Follow him to the other end, advancing when he has put out the next section of the flames. On the way various Demonic weapons will attack, which need defeating.

Credit: Lanceor/Bethesda Softworks/eGDC LtdWhen you reach the end, Sir Gareth takes the Bloodstone and then approaches you again. He says that you both should return to the Priory so that he can use the Bloodstone on the relics in order to recharge them"With Auriel's Bloodstone in hand, Sir Gareth has offered to follow me back to the Priory of the Nine to renew the powers of the Crusader's Relics."Return to the Priory of the Nine and enter the Priory Undercroft. When you are far enough inside the room, Sir Gareth will approach you and ask you to place the relics on the Armour Stand so he can begin. You can ask him how the enchantment will work if you want.When all the relics have been placed on the stand and you are ready, tell Sir Gareth "Let's begin the enchantment." You may want to get some other equipment, including weapons and armour, before you do this, as this will give you an advantage after this quest.I

Credit: Lanceor/Bethesda Softworks/eGDC Ltdnstead of casting the promised enchantment on the relics, Sir Gareth paralyses you."Instead of using Auriel's Bloodstone on the Crusader's Relic's, Sir Gareth has paralysed me! What in the Nines is he up to?"He does the standard evil villain gloating speech and then strikes you. Everything fades to black. This completes the quest and the series continues with Escape. 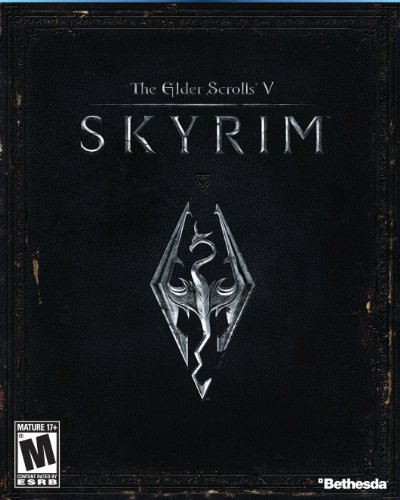