Check out Oblivion and Skyrim at Amazon at discounted prices. You too can earn money from writing articles by signing up for InfoBarrel. Some content copyright Xilvar and Bethesda Softworks as applicable.
InfoBarrel is a writing platform for non-fiction, reference-based, informative content. Opinions expressed by InfoBarrel writers are their own.
InfoBarrel > Entertainment > Games > Computer Games

The Elder Scrolls IV: Oblivion Plugin Walkthrough - Midas Magic Spells of Aurum: Where Tiger?, The Wayward Skeep and The Will of the Necronomicon

Where Tiger?, The Wayward Skeep and the Will of the Necronomicon are quests from the Midas Magic Spells of Aurum mod for TES IV: Oblivion.

This quest starts after the book On Lycanthropy, which is on the bookshelf behind the shop counter, is read. There is another copy of the book in Midas' Private Quarters."Seems a strange Khajiit joined the Ohm Quot Ohm Fraternity a while ago and was studying Lycanthropy. This fellow has recently absconded with several of Midas' things."Go to the Ohm Quat Ohm frat house and go upstairs. On the bookshelves is another copy of On Lycanthropy. Once read, the log updates again.

Credit: Xilvar and Bethesda Softworks"The Khajiit, Jo' Mahma has discovered a way to turn himself into a weretiger. He fled to the banks of the Panther River to run amok."

Credit: Xilvar and Bethesda SoftworksThis bit is easy if properly prepared. If not, you will just get an angry Weretiger chasing you around. The Weretiger can only be killed by using Midas' Silver Bullet spell on it, the recipe for which is in the back of Midas' copy of On Lycanthropy. Using anything else, even silver weapons, will just render the Weretiger unconscious.The Midas' Silver Bullet spell requires a Gold Nugget, a Silver Nugget and a Skooma. Shady Sam sells Skooma and can be found to the west of the Chestnut Handy Stables outside the walls of the Imperial City. Some can also be found in the bedroom of the Ohm Quat Ohm house."I have slain the crazed Jo' Mahma and restored relative peace to the wildlife of the Panther River."Once the Weretiger has been killed, collect the Weretiger Pelt from the body. There is a Midas Magic spell in the back of the On Lycanthropy book from the Ohm Quat Ohm frat house that uses the pelt.

This quest starts on the Plane of Nature, which is reached by entering TREES on the Gate controls.

Credit: Xilvar and Bethesda SoftworksOnce on the Plane, you need to speak to the Lady of the Grove, who is roughly north of the gate."The Lady of the Glade asked me to help her sister find their pet Skeep that ventured through the Astral Gate."

Credit: Xilvar and Bethesda SoftworksReturn to Tamriel and go to Pell's Gate. There, speak to the Maiden of the Grove.

Credit: Xilvar and Bethesda Softworks"The Maiden of the Glade told me to search for the Skeep near a howling cave and lead it back to her."

Credit: Xilvar and Bethesda SoftworksThe Skeep is outside Howling Cave, which is just to the north west of the Priory of the Nine. Once found, the Skeep needs taking back to Pell's Gate. This is the hard part. You can drag the Skeep back by using the spell Midas' Tractor Beam on it and running backwards to Pell's Gate. This is inconvenient, and you may be attacked on the way. The Skeep tends to run back to Howling Cave when not being dragged. Some potions to restore magicka are recommended.The Midas' Tractor Beam spell requires a Gold Nugget, a Flawless Pearl and an Astral Beacon Cap. Astral Beacons are found on the Astral Planes.

Once you finally make it back to Pell's Gate, speak to the Maiden again."I have returned the Skeep to the Maiden of the Glade. I should speak to her sister and let her know."Go back to the Plane of Nature, and speak to the Lady."I have returned the wayward Skeep to its owners. Perhaps they'll be more careful with it next time."The reward is the Midas magic book Magicks of the Gladewhich contains the recipes for 19 spells.

The Will of the Necronomicon

This quest starts on the Plane of Unlife which is reached by entering TEARS on the Gate controls.

Credit: Xilvar and Bethesda SoftworksGo to the Tombs of the Fathers to the south west of the prince and find the Blade of the Fathers. Once you find it, the Old King will appear and attack. The Old King can be more dangerous than he seems; his blade will paralyze you and should this happen he will then be able to easily keep hitting and paralyzing."I have found the Blade of the Fathers, now I must infiltrate the Necropothean castle to find the King."Now make your way into the castle. The front gate is down, so you will need to go through the castle Undercroft around the back. Make your way into the castle bailey. There are a number of Necropothean's there; they won't attack you.

Enter the Great Hall. At the far end is the King, and to the left of him is a dead assassin. When you speak to the King he will make you an offer."Turnabout is fair play. The King has made a counter-offer. Kill the Prince and receive the Necronomicon."Which you kill is up to you, as you can kill either the King or the Prince. If the King, attack him now. If the Prince make your way back outside the castle. You can exit by using the main gate; there is a Gate Lever to the right which will open it. If you do open it the Prince and his followers will run into the castle and start fighting the various Necropothean's in the bailey. Just kill the prince, and let the others finish off his followers.When your chosen target is dead, your log updates.For killing the King:"I have slain the King of Necropolis. The circle of violence is complete."For killing the Prince:"I have slain the Prince of Necropolis. The King would be proud."If the Prince is the one you killed, speak to the King. This completes the quest.The King gives you the Key of the Necronomicon which opens the locked door behind the throne. At the end of the chamber is a stand with the Necronomincon Ex Mortis on it, a Midas spell book containing 25 spells.If the King is the one you killed, speak to the Prince. This also completes the quest.The Prince will give you three Gold Nuggets. You can take the Key of the Necronomicon from the King's body, so you can still get the Necronomincon Ex Mortis spell book. There is slightly more benefit for killing the King, although the King is slightly harder to kill than the Prince."Having played my role in the Necropotheian's grotesque traditions, I may very well reconsider procreating." 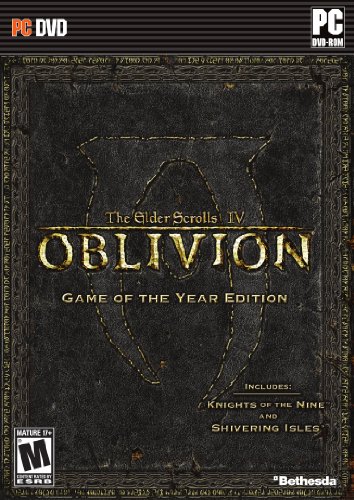