Writing on Infobarrel is fun.  Sign up now and find your voice. BoomerBill
InfoBarrel is a writing platform for non-fiction, reference-based, informative content. Opinions expressed by InfoBarrel writers are their own.
InfoBarrel > Lifestyle > Pets & Animals > Cats

A Family Joke Becomes a Reality

In the summer of 2011 my daughter joked of starting a cat breeding business with her friend Amy.  I thought that was amusing and said they were going to become cat ranchers.  I think the initial idea was to somehow connive their way into a pair of breedable cats of the expensive variety who would then multiply with little effort on their parts.  Gee, the whole endeavor just seemed so “can’t miss.”

The joshing over the cat ranch continued for a bit and was quite the joke.  We thought it sounded funny.  The whole thing took on a whole new dimension when my daughter said there was a litter of five kittens she wanted to adopt.  She said she was going to “keep one for Amy for about a month” while Amy warmed her mother to the idea of a kitten adoption and the other kittens were “pretty much already placed” with some other friends.  Again, everything appeared to be “can’t miss.”

I Couldn't Say No

You must wonder, why doesn’t the story stop here when the wise father said no?  Well, my daughter was 24 and going through a rough phase.  Her Mom, my ex-wife, had died a couple months earlier.  My daughter then lost her job and lost her boyfriend.  She had to give up her apartment.  She was stuck living with Dad and not feeling so great about much of anything.  Notwithstanding the wise father misgivings, I didn’t think I could refuse her under the circumstances.  Even though pet adoption statistics are somewhat daunting,[1] I agreed we could take in the “preplaced” litter.

My daughter and my son, who was 21, had just previously convinced me to allow them to buy a snake.  After their Mom died I took it as a sign of their healing when they approached me together and said: “Dad, we want to buy a snake.”  I agreed, but only on the conditions that I would never have to touch it or watch the snake feed on anything.  The snake, a small Ball Python, was then installed in the family room with in what was a large aquarium.  He was named Ted, after Bill and Ted of the Excellent Adventure variety.  He basked in his heat lamp each day and dined on freeze dried baby mice (or so I’m told because I didn’t want to see).  Unfortunately for my daughter, my son ended up claiming sole ownership of the snake and she was left petless.  This circumstance left her an opening to request the kitten adoption.

She adopted the kittens, which were all female.  Amusingly enough and still confusing to my mother, she gave them all boy names.  Oliver, Charlie, Milo, Bruce and Otis were their new names.  Otis and Charlie were, in fact, placed fairly quickly.  I still laugh at the thought of entering the family room and having a whirlwind of activity as the kittens would scamper to meet me.  They were kind of cute and very active.

Of course, Amy’s adoption of one of the kittens never came to pass.  She could never convince her mother of the need for an additional pet.  For some reason, Amy never speaks of this now.  She washed her hands of the whole thing.  The “can’t miss” was beginning to miss.

My son was going back to college and he ended up taking Bruce.  His apartment complex allowed cats and he adored little Bruce, the tiny one of the litter.  I don’t say runt because there’s a certain regalness to Bruce.  I was concerned about this adoption because Bruce would

Credit: BoomerBill still come home over Christmas break and during the summer.  Every time my son came home and brought Bruce, there would be a couple days of hissing as the other young cats reintroduced themselves to Bruce.

Milo, Oliver (aka Ollie) and Bruce became cat hair factories.  Most of our flooring is hard wood, so the hair was very visible and very much everywhere.  As soon as I vacuumed up one batch, another would replace it.  The supply was never ending.  Other complications ensued.  One day I arrived home from work to a foreign smell.  It reminded me of someone baking a cake.  Not quite the same, yet similar.  It turns out that the wood floor was baking.  One of the kitties knocked over Ted’s heat lamp and the lamp was cooking the floor.  That large spot now has an area rug to cover it.

Milo is the large one.  We call her big boned.  Like many cats, she developed a talent for jumping[2] and would

Credit: BoomerBill frequently hoist herself up to the top of the TV entertainment center.  Watching her get up and down was always a fun event.  It always appeared as though she wasn’t going to make it, yet she always did.  My daughter recently found a home for Milo on a farm.  We sang “old McMilo had a farm….”

No doubt Milo is an expert farm assistant now.  Hopefully, her leaping skills come in handy.

That leaves Ollie.  My daughter moved out not long after Milo began farming.  Her boyfriend is allergic to cats, so Ollie couldn’t go with her.  She made some token facebook posting efforts to place Ollie, but those efforts were not successful.

Ollie has always been the shy one.  She would always eat last after the other cats had their fill.

Credit: BoomerBill  So she has always been skinny up until now.  Left alone with me she now eats like a horse.  She is also not nearly as shy.  She still is not a fan of being picked up because her claws stay out the whole time, but she sure does enjoy her pets.  Used to be that she even shied away from being petted.  That isn’t the case any longer.  She loves as much human attention as all of us can give her.

Ollie and I are now fairly well bonded.  From cat ranching origins, I am now a sole cat owner.  I won’t let her give Ollie away now.  Ollie is happy and she is mine.  We enjoy our time together and look forward to visits from Bruce.  I am also starting to look into diet cat food to keep Ollie from getting too chubby.  I’m also still vacuuming up cat hair from the time we had the whole litter!  Or at least it seems like there’s still that much of it.  Maybe the cat business venture was a success.  Even if it wasn't lucrative financially it has certainly been entertaining.

She barely makes the jump!! 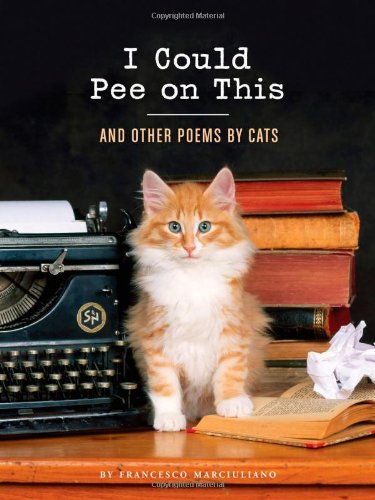 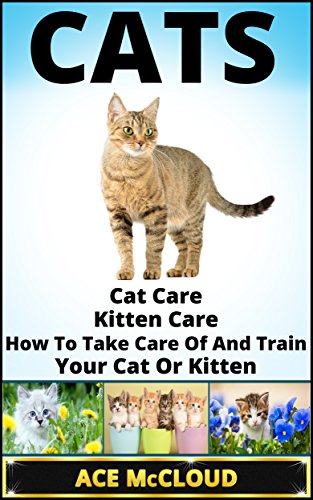